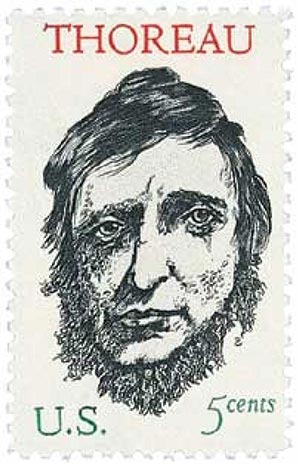 Thoreau spent most of his life in Concord, Massachusetts, west of Boston.  He attended Harvard, taught for a short time, and worked at his father’s pencil factory.

After a few years, Thoreau was asked by Ralph Waldo Emerson to be his live-in handyman.  The author and philosopher helped Thoreau improve his writing and influenced his worldview towards Transcendentalism (a philosophical belief in the importance of the senses and intuition over scientific knowledge).  The new writer was able to publish some of his first poems and essays with Emerson’s help.

When Thoreau returned to his parent’s home and factory, he desperately sought quiet to continue his writing, but could not find it.  In 1845, Emerson offered him a part of his land near Walden Pond.  Thoreau built a small cabin and stayed there for two years.

US #5202 was issued at the Walden Pond State Reservation in Massachusetts. Click image to order.

During that time, Thoreau wrote his first book, A Week on the Concord and Merrimack Rivers, a tribute to his brother who had died.  In addition, Thoreau wanted to know if it was possible to work one day a week and spend the other six contemplating his Transcendentalist philosophy.  During this time, the author began writing Walden to answer neighbors’ questions about what he did at the pond.  He stayed there a total of two years, two months, and two days. 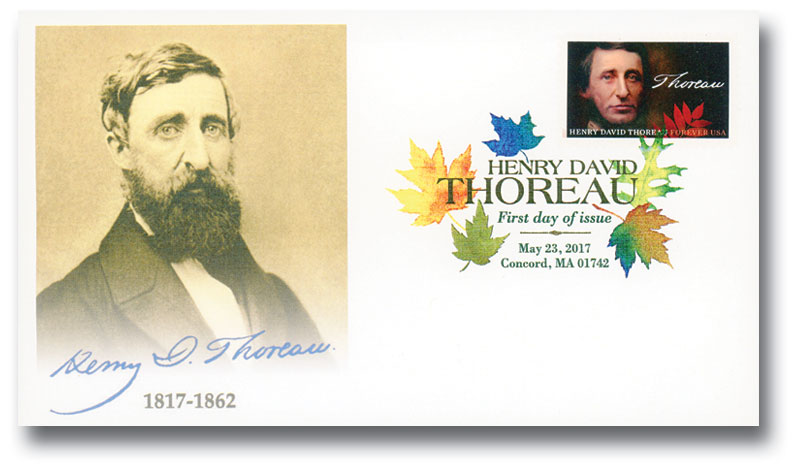 After his experience at Walden Pond, Thoreau returned home and published his first book in 1849.  His more successful book, Walden, was published five years later on August 9, 1854.  Walden compressed Thoreau’s two years into one and used the changing of the four seasons to represent human development.  Walden was relatively successful when it was released, though it took five years to sell 2,000 copies.  It then went out of print until after his death in 1862.  In the years since Walden came to be revered as an American classic. 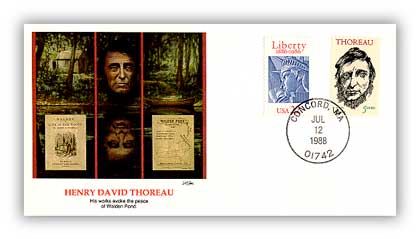