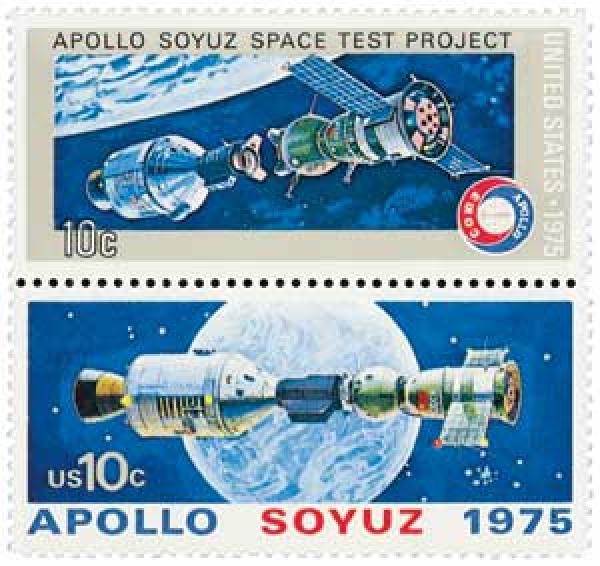 US #1569-70 – These stamps were issued on the same day both craft were launched into space.

On July 15, 1975, the US and Soviet Union each issued stamps honoring the launch of their Apollo-Soyuz Test Project, their first joint space venture.

After several years of tension and a Space Race to the Moon, the United States and Soviet Union began to adopt a détente policy.  This was an easing of strained relations.  Out of this policy came the Apollo-Soyuz Test Project.

END_OF_DOCUMENT_TOKEN_TO_BE_REPLACED 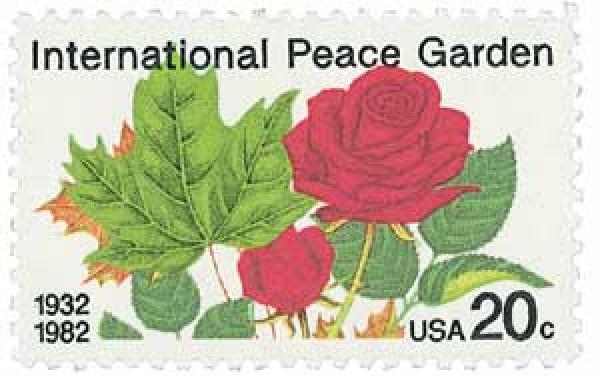 On July 14, 1932, the International Peace Garden was dedicated, representing the peaceful relationship between the United States and Canada.

Dr. Henry Moore was a member of Canada’s National Association of Gardeners and attended meetings in both Canada and the US.  He sought a way to honor the long, peaceful relationship between the two nations.  Moore proposed the idea for a place “where the people of the two countries could share the glories found in a lovely garden and the pleasures found in warm friendships.”

END_OF_DOCUMENT_TOKEN_TO_BE_REPLACED 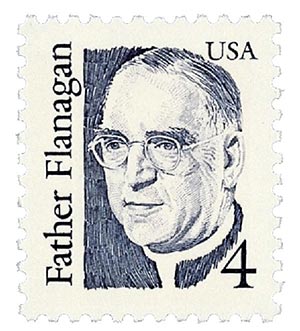 After attending Summerhill College in Ireland, Flanagan moved to the United States in 1904.  He then attended Mount St. Mary’s University in Maryland, where he graduated with a Bachelor of Arts and a Master of Arts degree in 1908.

END_OF_DOCUMENT_TOKEN_TO_BE_REPLACED

Eastman’s family ran a farm in Waterville until 1860 when they moved to Rochester, where his father had started a business school.  Eastman began attending a private school when he was eight.  After his father died, his mother took in boarders to pay for him to continue his education.

END_OF_DOCUMENT_TOKEN_TO_BE_REPLACED 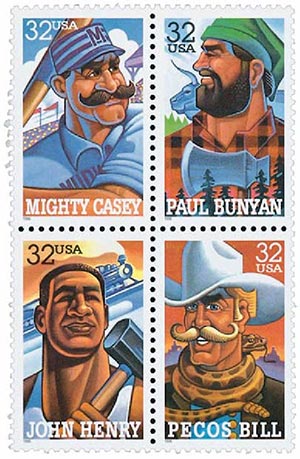 The stamps featured paintings by artist David LaFleur, who had previously painted the “Flag Over Porch” stamps.  LaFleur’s portraits of the folk heroes were a combination of cartoon and poster art.  As he described them, “They are very macho – that’s the way I see them.”

END_OF_DOCUMENT_TOKEN_TO_BE_REPLACED 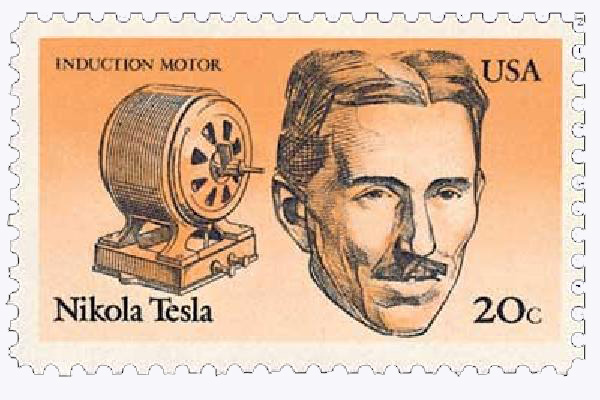 The fourth of five children, Tesla discovered as he attended school that he had an eidetic memory – meaning he was able to retain more information and for longer than his fellow students.  This sometimes got young Tesla in trouble as his teachers thought him to be cheating.