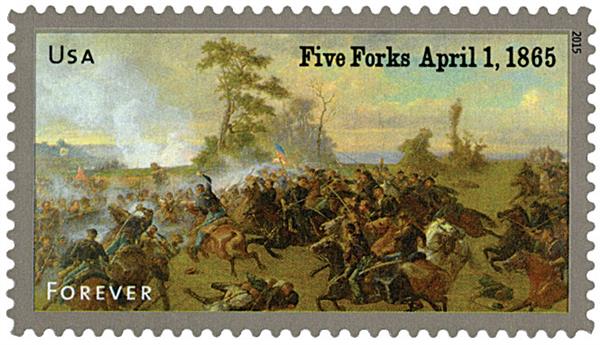 On April 1, 1865, Philip Sheridan earned a key Union victory at the Battle of Five Forks.

By the spring of 1865, Robert E. Lee’s army had been under siege for nearly a year. Ulysses S. Grant’s trenches stretched for 25 miles from Petersburg to Richmond, Virginia. The Union ranks were steadily reinforced and its troops well fed, while the dwindling Confederate Army was desperate for food, clothing, and ammunition.