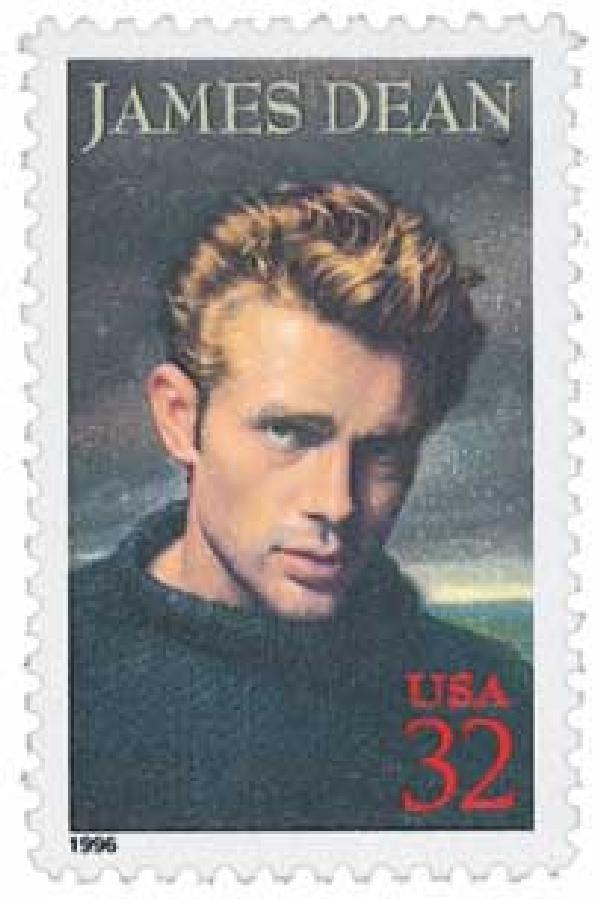 A rising star in Hollywood, James Dean’s death on September 30, 1955 was a shock to us all.

Dean was a rebel who took the nation by storm during the conservative 1950s. A New York Times article dismissed Dean as “an honor graduate of the black leather jacket and motorcycle school of acting and living it up.” Ironically, that’s exactly what appealed to his youthful following. Dean symbolized the frustration of teenagers everywhere.

END_OF_DOCUMENT_TOKEN_TO_BE_REPLACED

U.S. #1565-68 honors the Continental Army and other Revolutionary War troops – the precursors to our modern military.

After the Revolutionary War, the Continental Army was largely disbanded, as the U.S. legislature believed that a standing army during peace time was dangerous and unnecessary. Some troops remained active to guard munitions and about 700 members of state militias were prepared to take on potential threats from Native Americans and the British.

END_OF_DOCUMENT_TOKEN_TO_BE_REPLACED

During the American Revolution, the ability to resupply armies, deploy troops, and transport munitions stored in towns along Virginia’s inland water routes was dependent on control of the Chesapeake Bay. The British campaign to secure this vital region ultimately led to the surrender of British General Cornwallis and an American victory in its war for independence.

END_OF_DOCUMENT_TOKEN_TO_BE_REPLACED

After more than a decade of fighting and over 20,000 casualties, Mexico officially gained its independence from Spain on September 27, 1821.

Mexico had been under Spanish control since 1521 and rarely challenged it until the early 1800s with Napoleon’s occupation of Spain. It was then that Mexican priest Miguel Hidalgo y Costilla launched a revolt.

On the night of September 15-16, 1810, Hidalgo declared war on the colonial government in what has been named the Grito de Dolores, or Cry of Dolores. By morning, the revolutionary army sought independence and marched to Guanajuato, an important mining center controlled by the Spaniards and creoles (people of pure or mostly Spanish ancestry). The Spaniards and creoles locked themselves in the granary, but were captured on September 28. Most were killed or exiled.

END_OF_DOCUMENT_TOKEN_TO_BE_REPLACED

On September 26, 1960, John F. Kennedy and Richard Nixon took part in America’s first televised debate, which revealed just how important this growing medium would be on future politics.

Senator John Kennedy of Massachusetts and Vice President Richard Nixon were in a close race for the presidency during the 1960 elections. So it was decided that they would face off in a debate – the first ever in America for the presidency. Furthermore, it was also be televised, which was another first.

END_OF_DOCUMENT_TOKEN_TO_BE_REPLACED

After being initially denied entrance to their school, the Little Rock Nine were escorted in by federal troops on September 25, 1957.

On May 17, 1954, the U.S. Supreme Court handed down a unanimous decision stating “separate educational facilities are inherently unequal.” It declared state laws establishing segregated schools to be unconstitutional and a violation of the Equal Protection Clause of the 14th Amendment. A victory for civil rights advocates, the decision paved the way for integration. But the ruling was not acted on in all parts of the U.S., including Little Rock, Arkansas.