Posted on January 1, 2017 by MysticStamp 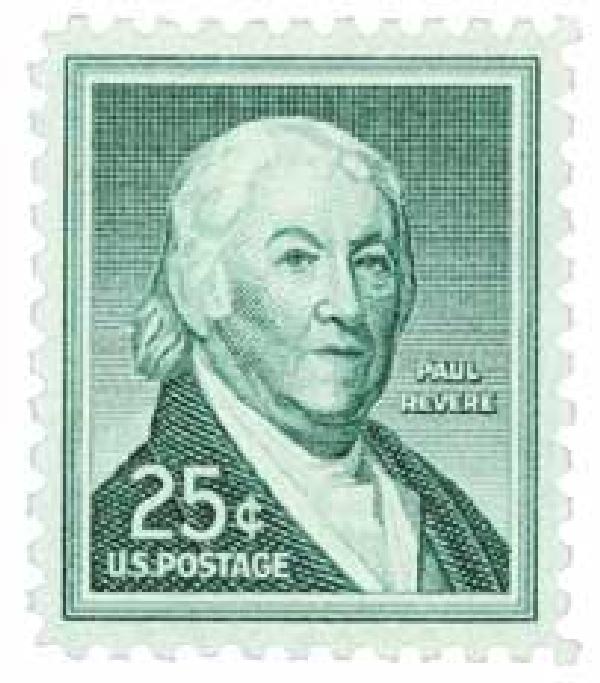 U.S. #1048 was issued on the anniversary of Revere’s famous ride.

Paul Revere was born on January 1, 1735, according to the modern calendar (December 21, 1734 by the Old Style calendar) in the North End of Boston.

Revere’s father was a French Huguenot named Apollos Rivoire who had moved to Boston when he was 13 and worked for a silversmith. His father eventually Anglicized his name and got married. Paul was the third of 12 children, and the oldest son to survive.