After his father abandoned the family, Henry, the family’s oldest son, left school and took a job as a clerk in a bookstore.  The shop’s owner, Nicholas Bowes, became a father figure to Knox.  But Knox was also caught up in Boston’s street gangs, becoming one of his neighborhood’s best fighters.  Then, one day he witnessed an impressive military demonstration and decided to join his local artillery company at age 18.

END_OF_DOCUMENT_TOKEN_TO_BE_REPLACED

Bolivar came from a wealthy family and moved to Spain in 1799 following the deaths of his parents. Bolívar was married in 1802, but his wife died the following year.  After that, he went to Europe and befriended Napoleon.  However, a few years later Napoleon named Joseph Bonaparte King of Spain, and its colonies (including Venezuela) and Bolívar joined in the growing resistance movement.

END_OF_DOCUMENT_TOKEN_TO_BE_REPLACED 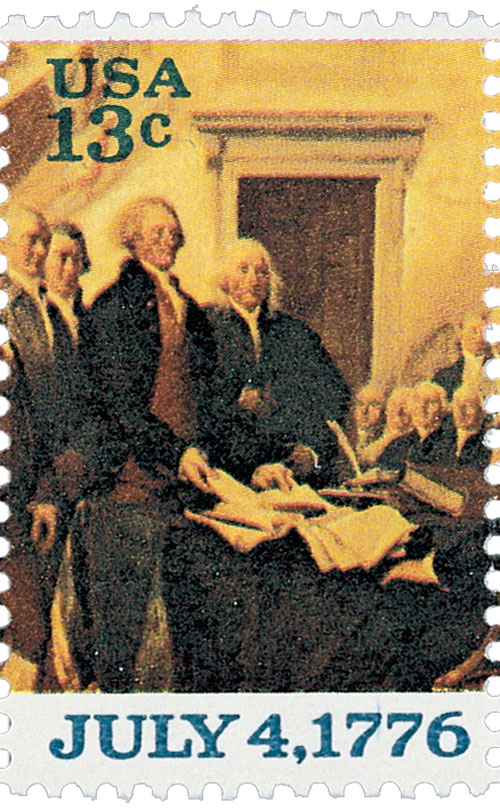 US #1693 pictures Sherman at the signing of the Declaration of Independence. Click image to order.

Roger Sherman, the only man in US history to sign America’s four most important documents; the Articles of Association, the Declaration of Independence, the Articles of Confederation, and the Constitution, died on July 23, 1793.

END_OF_DOCUMENT_TOKEN_TO_BE_REPLACED 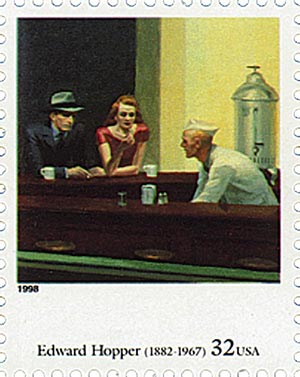 US #3236p – One of Hopper’s most famous paintings, Nighthawks. Click image to order.

Hopper displayed a talent for drawing by the time he was five.  His parents encouraged him to pursue art, buying him supplies and books.  By the time he was a teenager, Hopper was drawing and painting and making political cartoons.

END_OF_DOCUMENT_TOKEN_TO_BE_REPLACED

US #2418 – Hemingway was the seventh honoree in the Literary Arts Series. Click image to order.

Hemingway came from a well-respected family in the Chicago suburb.  His mother insisted he learn to play the cello, which he later credited as useful to his writing.  His father taught him to hunt, fish, and camp, giving him a life-long interest in outdoor activities.

END_OF_DOCUMENT_TOKEN_TO_BE_REPLACED 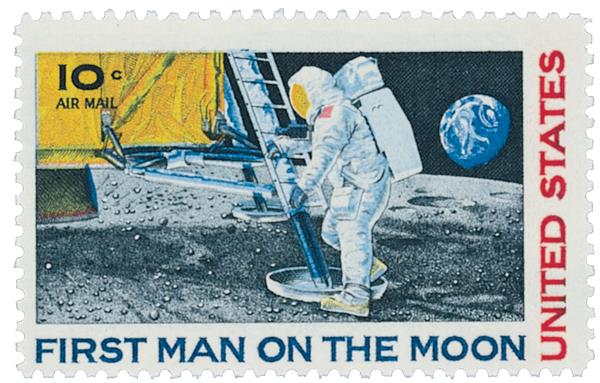 US #C76 was the first jumbo-sized US commemorative. Click image to order.

On July 20, 1969, the US effectively won the Space Race when Neil Armstrong and Buzz Aldrin landed the Eagle lunar module on the Moon’s surface.

The space race began 12 years earlier, on October 4, 1957, when the Soviet Union used rocket technology developed by the Germans in World War II to launch Sputnik, the world’s first artificial satellite.  Originally, Sputnik was intended to be a massive, thousand-pound satellite.  However, because the Americans were attempting to launch their own satellite, the decision was made to scale back the design considerably.  At the time of launch, Sputnik was no bigger than a basketball.