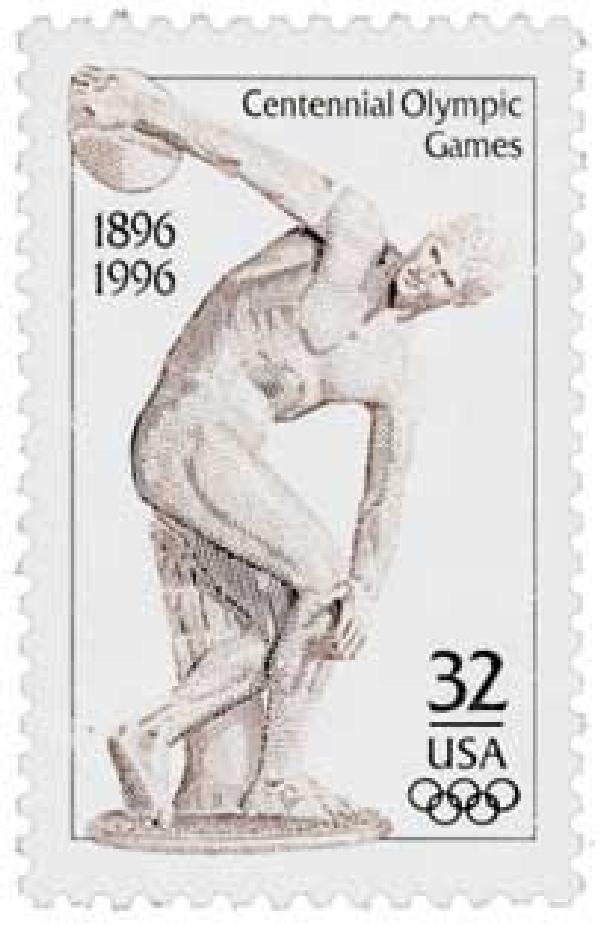 On July 19, 1996, the OLYMPHILEX stamp show opened in Atlanta, Georgia.

The 1996 Olympic Games marked an important anniversary – 100 years since the start of the modern Olympic Games. The Ancient Olympic Games were held between 776 BC and 394 AD, when Theodosius I abolished them.

END_OF_DOCUMENT_TOKEN_TO_BE_REPLACED

Posted in July 2019, This Day in History | Leave a comment 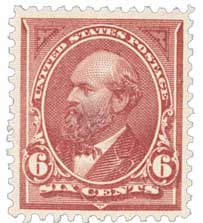 US #256 – The first stamp printed by the BEP. Click image to order.

On July 18, 1894, the post office issued the first US postage stamp printed by the Bureau of Engraving and Printing (BEP).

The BEP was established in 1862, following the outbreak of the Civil War.  When the firing on Fort Sumter began, the nation was already on the verge of bankruptcy and was in no position to finance a war.  This matter, along with other war issues, prompted President Lincoln to call a special session of Congress.  During this session, secretary of the Treasury Salmon P. Chase suggested issuing noninterest-bearing notes that would circulate as money and a system of domestic taxation.

END_OF_DOCUMENT_TOKEN_TO_BE_REPLACED 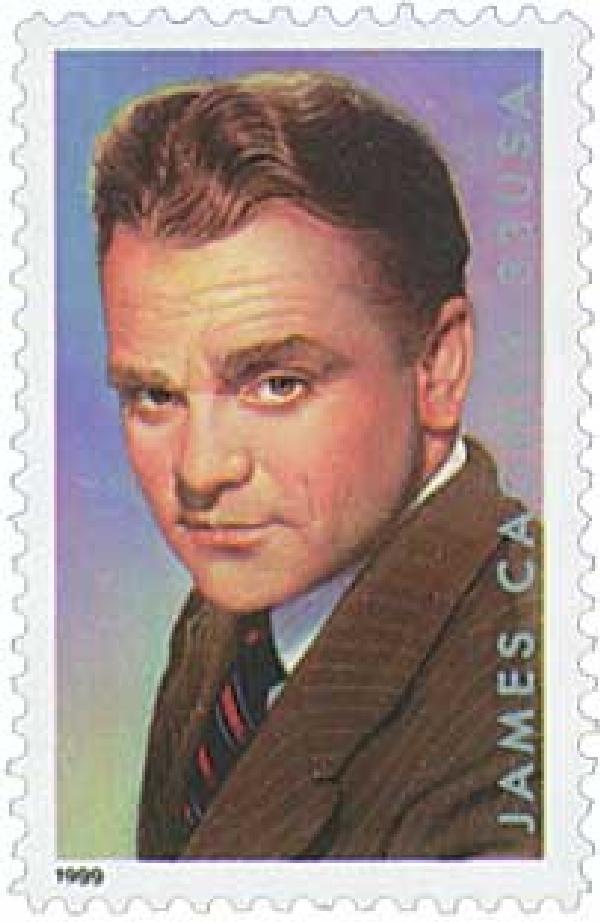 US #3329 – James Cagney was the fifth honoree in the Legends of Hollywood Series.  Click image to order.

Cagney grew up in New York City’s rough Lower East Side.  He held a variety of different jobs in his youth to help the family pay bills, but he also found time for extra-curricular outlets. He learned to tap dance and box.  Cagney once considered a professional boxing career, but his father had been an amateur fighter and his mother wouldn’t allow it.

END_OF_DOCUMENT_TOKEN_TO_BE_REPLACED

Decades before it had been suggested that more US stamps feature natural scenery, but most stamps stuck to the tradition of picturing deceased military and political leaders.  When Stephen Mather became the first director of the National Park Service, he specifically recommended that national parks be pictured on US stamps, but no action was taken during his tenure.

END_OF_DOCUMENT_TOKEN_TO_BE_REPLACED

Native Americans of the Neutral Nation lived in the area around the falls before the arrival of Europeans in the 1600s.  Robert de La Salle built Fort Conti at the mouth of the Niagara River and a Belgian priest was the first known European to see the falls.

END_OF_DOCUMENT_TOKEN_TO_BE_REPLACED 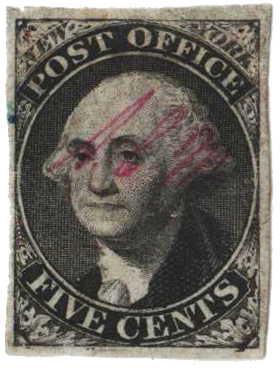 On July 14, 1845, the first known Postmasters’ Provisional stamps were made available for sale.

In the 1840s, United States postal authorities were carefully watching the world’s reaction to Great Britain’s Penny Black, the first adhesive postage stamp.  An adhesive stamp was being considered for use in the US.