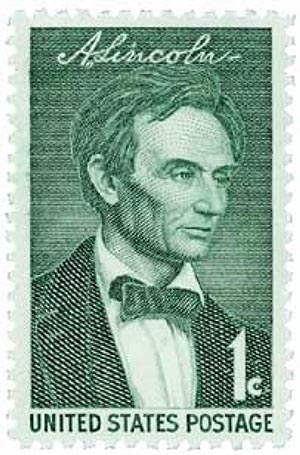 US #1113 pictures Lincoln in 1860 shortly after he was elected president. Click image to order.

On May 7, 1833, future President Abraham Lincoln took a job as postmaster for New Salem, Illinois.

In 1831, 22-year-old Lincoln joined with a couple of friends in floating a flatboat down the Sangamon River to New Orleans.  He was working as a bow hand, ferrying surplus farm products to the South.

END_OF_DOCUMENT_TOKEN_TO_BE_REPLACED 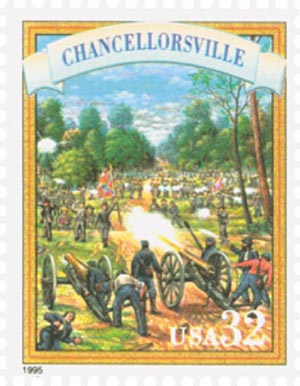 On May 6, 1863, the Battle of Chancellorsville ended in a Confederate victory.

Robert E. Lee delivered the Union a stunning defeat at Fredericksburg in December 1862.  But Joseph Hooker used the months that followed to reorganize and reinvigorate his troops.  Proclaiming he had created “the finest Army on the Planet,” Hooker devised an elaborate plan to turn the left flank of the Confederate Army of Northern Virginia.  The rebel troops, who were outnumbered and starving, were camped near Fredericksburg in the spring of 1863 as Hooker prepared to spring his trap.

END_OF_DOCUMENT_TOKEN_TO_BE_REPLACED

US #1077 – Robert W. Hines, an artist for the Fish and Wildlife Service, designed the first four stamps.

On May 5, 1956, the US Post Office issued the first stamp in a 22-year series calling attention to the importance of wildlife conservation.

Initially, the series began in 1956 with three separate stamps honoring examples of successful conservation work carried out by the federal and state governments.

END_OF_DOCUMENT_TOKEN_TO_BE_REPLACED

On May 4, 2005, the USPS issued the first set of stamps in the American Scientists Series.

For several years, the USPS had received requests for stamps honoring various scientists.  In 2005, they combined those ideas to create the American Scientists Series.

END_OF_DOCUMENT_TOKEN_TO_BE_REPLACED 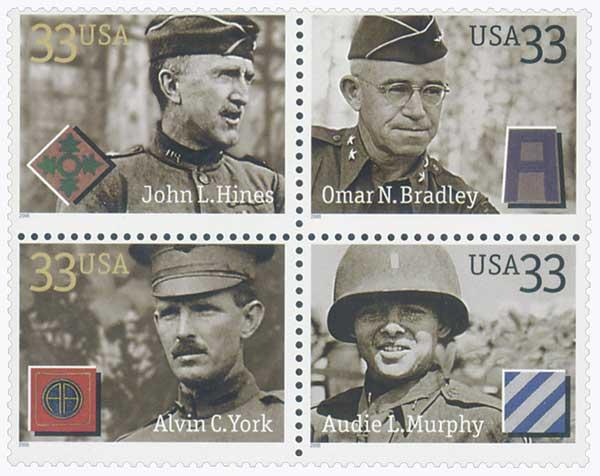 On May 3, 2000, the USPS issued the first stamps in the Distinguished Servicemen Series.

The USPS developed these stamps to honor not just these four World War I and World War II veterans, but all soldiers.  While the USPS admitted they couldn’t honor every US serviceman, these stamps were a tribute to all of them.

END_OF_DOCUMENT_TOKEN_TO_BE_REPLACED

On May 2, 1920, the first game of the Negro National Baseball League was played in Indianapolis, Indiana.

In the late 1800s, baseball was divided by a color line.  A rule known as the “Gentleman’s Agreement” banned black players from white leagues.  From behind this color line, a new American pastime was born – Negro Leagues Baseball.