END_OF_DOCUMENT_TOKEN_TO_BE_REPLACED

Posted on October 6, 2019 by MysticStamp 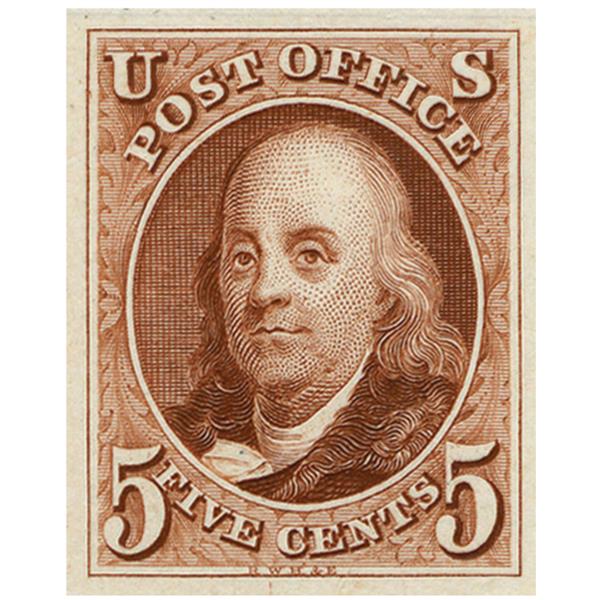 US #1 – Click the image to choose from several different conditions to add to your collection.

Born and raised in Boston, Massachusetts, Franklin apprenticed in his brother’s print shop at the age of 12.  During this time Franklin submitted many articles under the pseudonym “Mrs. Silence Dogood.”  However, when his brother discovered that Benjamin was the author of the articles, he refused to publish them.  The two brothers quarreled frequently, and at the age of 17, Franklin ran away.

END_OF_DOCUMENT_TOKEN_TO_BE_REPLACED

Posted on October 5, 2019 by MysticStamp 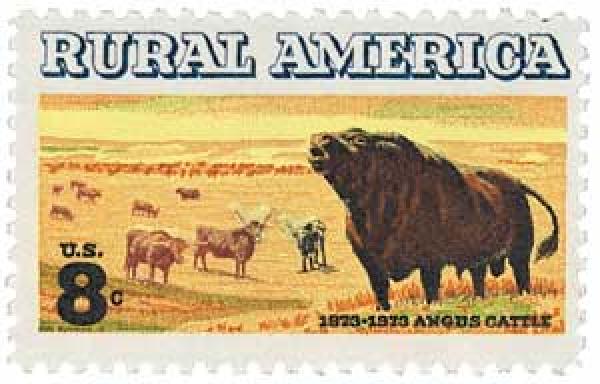 On October 5, 1973, the USPS issued the first of three stamps in the Rural America Series, which honored different aspects of rural life in America.

The first stamp in the series featured an image of an angus bull with Texas longhorns in the background.  It was based on a painting by Frank Murphy, a leading agricultural painter.

END_OF_DOCUMENT_TOKEN_TO_BE_REPLACED

Posted on October 4, 2019 by MysticStamp 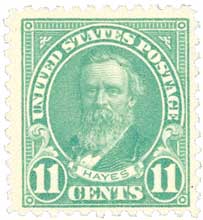 US #563 – The first stamp to picture Hayes, it features a photo by Matthew Brady.

On October 4, 1922, an 11¢ Hayes stamp was issued on a specific date in a specific city for the first time.  Many consider this to be the start of modern First Day Cover Collecting.

Prior to this event, the Post Office Department didn’t often designate specific dates for the issue of new stamps.  Only a few had a set first day of issue, and most of those were commemoratives.  There were some first day covers as early as 1851, but they were not specifically prepared like the First Day Covers we know today.

END_OF_DOCUMENT_TOKEN_TO_BE_REPLACED

Posted on October 3, 2019 by MysticStamp 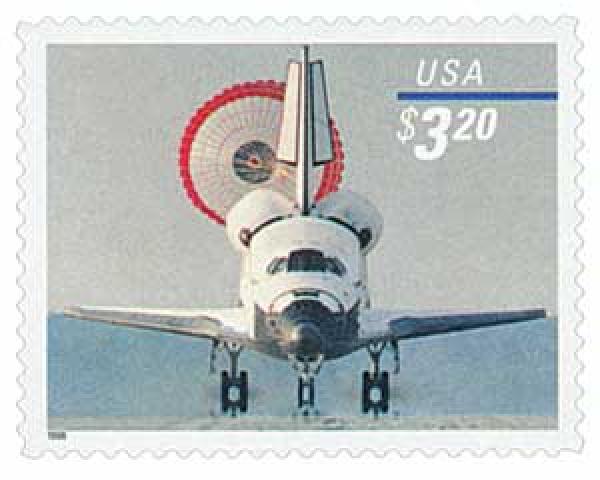 US #3261 has a scrambled indicia that can only be seen with a USPS decoder. Hidden are the names of six NASA shuttles, including Atlantis. Click image to order.

On October 3, 1985, the Space Shuttle Atlantis made its maiden flight.

Atlantis is America’s fourth operational space shuttle.  The contract to build the shuttle was awarded on January 29, 1979, to Rockwell International.  Construction on the shuttle began the following year, on March 3.  Following the tradition of naming space shuttles after historic ships, Atlantis was named after a two-masted boat that had been the main research vessel of the Woods Hole Oceanographic Institute in Massachusetts between 1930 and 1966.

END_OF_DOCUMENT_TOKEN_TO_BE_REPLACED

Posted on October 2, 2019 by MysticStamp

On October 2, 1933, the Century of Progress airmail stamp, affectionately known as “Baby Zepp” was issued.

In the 1920s, Germany’s Luftschiffbau Zeppelin company offered to build the US a dirigible as payment for debt from World War I.  America agreed, with the stipulation that the airship had to prove itself in a transatlantic journey.  On October 16, 1924, the LZ 126 arrived in New Jersey.  This was the start of Graf Zeppelin flights between the US, South America, and Europe, with mail carried to all stops along the way.