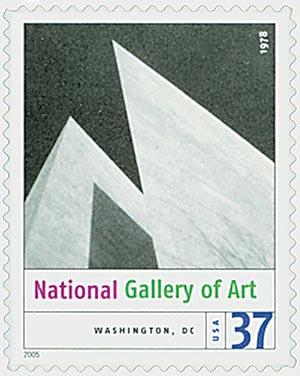 On March 17, 1941, President Franklin Roosevelt presided over the opening of the National Gallery of Art.

Andrew Mellon made his fortune in oil, steel, shipbuilding, and construction, becoming one of the wealthiest people in America. During World War I, Mellon used his wealth to build a private art collection of old master paintings and sculptures. Appointed Secretary of the Treasury in 1921, he moved to Washington, D.C., and soon realized that America should have a national art museum like the ones in other great nations.

END_OF_DOCUMENT_TOKEN_TO_BE_REPLACED 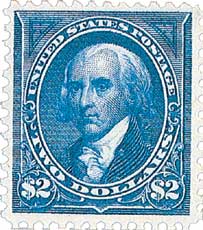 U.S. #262 is from the first series of stamps produced by the Bureau of Engraving and Printing.

James Madison was born on March 16, 1751, in Port Conway, Virginia. James was the oldest of 12 children, although only seven would reach adulthood. He was a weak and sickly child, unable to spend much time being active, but was an avid reader.

Madison attended the College of New Jersey (now Princeton University) from 1769-71, completing a four-year degree in just two years. For a year after graduating, he studied closely with the school’s president, John Witherspoon, earning the honor of being Princeton’s first graduate student (sometimes referred to as America’s first graduate student).

END_OF_DOCUMENT_TOKEN_TO_BE_REPLACED

Maine Admitted to the Union 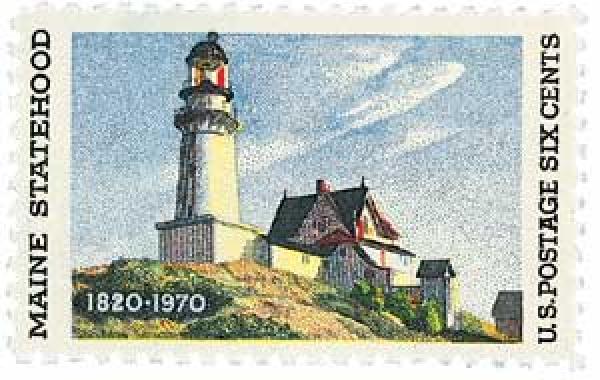 Before European settlement, thousands of Indians lived in Maine. Most belonged to the Abenaki and Etchemin tribes of the Algonquian Indian family. The Iroquois Indians frequently attacked these people, and they were bitter enemies.

Vikings led by Leif Erikson may have visited Maine around 1000 A.D. In 1498, John Cabot, an Italian captain in the service of England, reached Maine. France also sent many explorers to the area, including: Giovanni da Verrazzano in 1524; Pierre du Gua de Monts, in 1604; and Samuel de Champlain in 1604. Champlain named Mount Desert, the largest island on the Maine coast.

END_OF_DOCUMENT_TOKEN_TO_BE_REPLACED

On March 14, 1794, Eli Whitney received the patent for his cotton gin nearly five months after first applying for it.

Born in Massachusetts in 1765, Whitney was the son of a farmer and was a talented mechanic and inventor from an early age. As a child, he’d built a nail forge and a violin, among other things. After graduating from Yale College in 1792, he hoped to study to become a lawyer, but needed money. Instead, he took a job as a private tutor on the Georgia plantation of Catherine Greene (widow of Revolutionary General Nathanael Greene).

END_OF_DOCUMENT_TOKEN_TO_BE_REPLACED 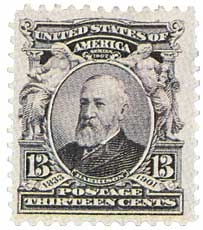 Benjamin Harrison’s family was among the First Families of Virginia, arriving in 1630. America’s 23rd President was born in North Bend, Ohio, on August 20, 1833.

The second of eight children, Harrison did not grow up in a wealthy household, despite his family’s distinguished roots. His father chose, rather, to spend the farm’s income on his children’s education. Young Harrison spent much of his childhood outdoors hunting and fishing. Benjamin was seven when his grandfather, William Henry Harrison, was elected President of the United States.

END_OF_DOCUMENT_TOKEN_TO_BE_REPLACED

Birth of the Girl Scouts of the United States of America 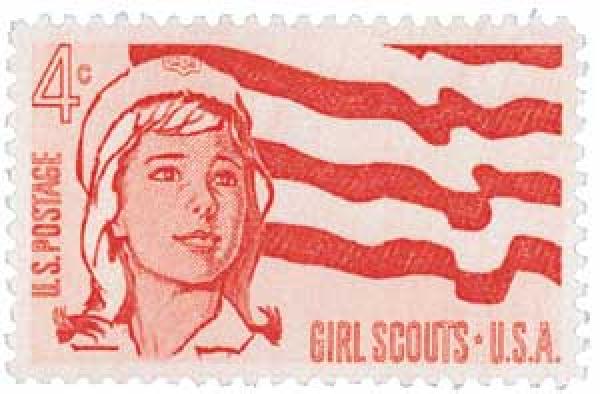 On March 12, 1912, Juliette “Daisy” Gordon Low held the first meeting of the Girl Guides, the forerunner of the Girl Scouts of the United States of America.

Scouting groups were first started in England in 1907, when Lord Robert Baden-Powell began the Boy Scouts movement. When girls became interested in belonging to a similar group, he helped his sister Agnes Baden-Powell organize the Girl Guides program. Scouting quickly spread to other countries.