Posted on November 9, 2015 by MysticStamp

U.S. #602 – During the visit, Roosevelt was photographed operating a large steam shovel, which helped boost morale.

Proposals for a canal across Nicaragua or Panama began as early as 1889. United States public opinion of the canal was generally unfavorable until 1898, when an explosion aboard the Maine sank the battleship at a Cuban naval base. As the Spanish-American War loomed, the battleship Oregon sailed through San Francisco’s Golden Gates to save the day. The eyes of the world were on its 16,000-mile course around Cape Horn and through the dangerous Straits of Magellan. The 67-day journey clearly showed the military significance of an isthmian canal. However, President McKinley was assassinated before he could negotiate rights to a canal.

END_OF_DOCUMENT_TOKEN_TO_BE_REPLACED

Posted on November 8, 2015 by MysticStamp

On November 8, 1978, the world lost one of its most prolific artists – Norman Rockwell.

Norman Rockwell was born in New York, New York in 1894. His illustrations were first published in Founders of Our Country in 1912. That same year, he was hired as a staff artist for Boys’ Life magazine, the official publication of the Boy Scouts of America. In this role, he received $50 a month to produce a cover and a set of story illustrations. The following year at just 19 years old, Rockwell was promoted to art editor for the magazine. In addition to creating his own art for the publication, he also supervised the work assigned to other artists.

END_OF_DOCUMENT_TOKEN_TO_BE_REPLACED

Posted on November 7, 2015 by MysticStamp 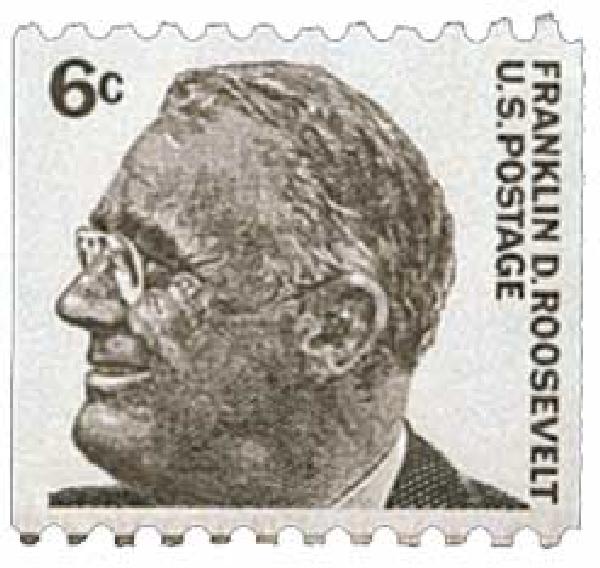 On November 7, 1944, Franklin D. Roosevelt became the first and only U.S. President elected to a fourth term.

Franklin Roosevelt first ran for President in 1932. He ran against incumbent President Herbert Hoover, who many blamed for the Great Depression. Roosevelt’s contagious optimism and promise of a “New Deal” helped sweep him into office. And he followed through on his promises, instituting a number of new improvement programs during his first 100 days in office. Roosevelt’s progressive programs helped America out of the Depression and he was easily re-elected in 1936.

END_OF_DOCUMENT_TOKEN_TO_BE_REPLACED

Posted on November 6, 2015 by MysticStamp 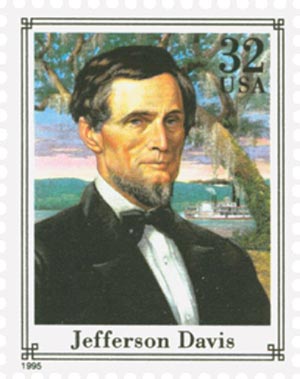 U.S. #2975f – Though he led the Confederacy through the war, Davis had initially opposed secession.

On November 6, 1861, Jefferson Davis was elected the first and only President of the Confederate States of America.

Jefferson Davis was born in Kentucky and grew up in Mississippi and Louisiana. He married Sarah Knox Taylor, former U.S. President Zachary Taylor’s daughter, though she died of Malaria three months into the marriage. Davis later developed a sprawling plantation in Mississippi, remarried, and raised a volunteer regiment for the Mexican-American War. After suffering an injury in the war, Davis served in the senate.

END_OF_DOCUMENT_TOKEN_TO_BE_REPLACED

Posted on November 5, 2015 by MysticStamp 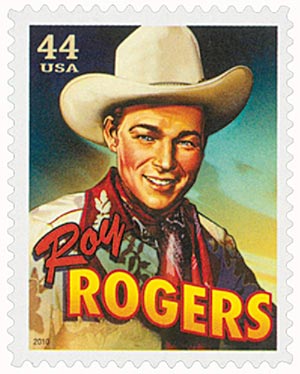 When Slye was a child, his father brought home a cylinder player (the predecessor to the phonograph) and a cylinder by a Swiss yodeler. Slye played the cylinder again and again and developed his own style of yodeling. At the age of 18, he moved to California to become a singer.

END_OF_DOCUMENT_TOKEN_TO_BE_REPLACED

Posted on November 4, 2015 by MysticStamp

U.S. #897 pictures the Wyoming State Seal, honoring it as the Equality State.

Wyoming has a proud tradition of leading the nation in women’s rights issues. Wyoming women were the first American women to vote, hold public office, and serve on juries. Women were granted these rights when Wyoming became a territory in 1869. In 1870, Esther H. Morris became our nation’s first woman justice of the peace in Wyoming. When Wyoming became a state in 1890, it became the first women’s suffrage state.

END_OF_DOCUMENT_TOKEN_TO_BE_REPLACED

Posted in November 2015, This Day in History | 6 Comments