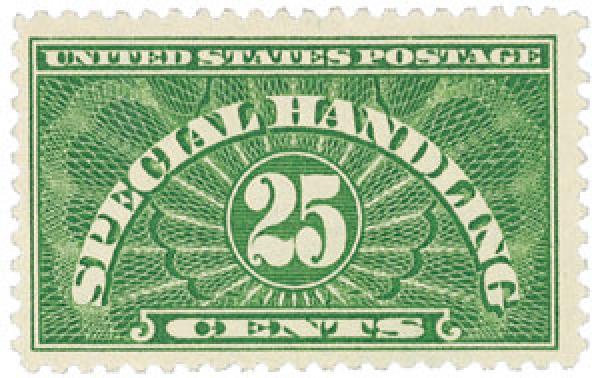 The US Postal Service Act of 1925 clarified what made up the different classes of mail. Everything that did not fall into the first two classes of mail (written matter and periodical publications) was divided by weight. If it weighed less than eight ounces, it was third class, and if it weighed eight ounces or more, it was fourth-class mail. 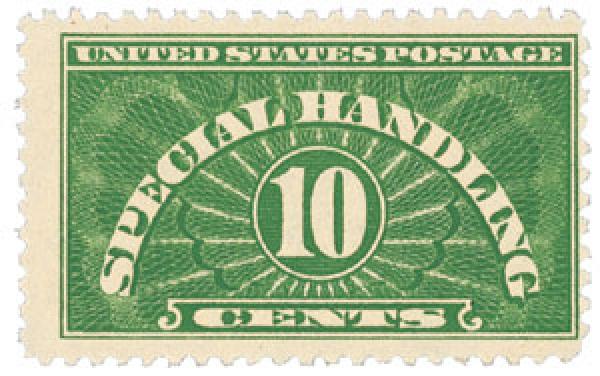 US #QE1 was used on mail under two pounds.

The same Act provided for a special handling stamp of the 25-cent denomination to be produced. The 25-cent special handling stamps were only printed on flat plate presses and used the “wet” method (the paper was damp when the image was transferred). One difference between wet and dry printing was that wet printings weren’t as sharp in detail. They also have a dull, rough surface as compared to a hard, smooth sheen. The gum is thicker and smoother in wet printings, and the stamps are often slightly smaller in flat plate presses. This is because the paper shrinks slightly as it dries. 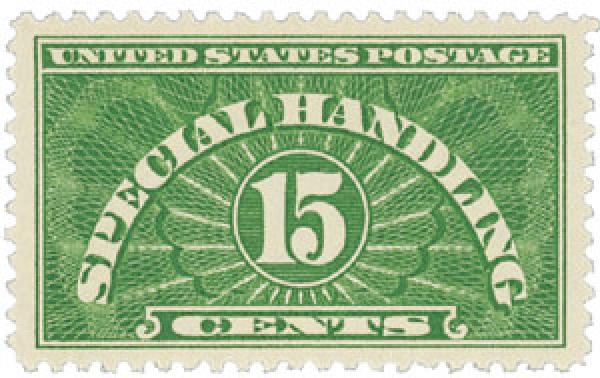 US #QE2 was used on mail between two and 10 pounds.

The first Special Handling stamp, #QE4, was issued on April 11, 1925. When added to an item that carried regular fourth-class postage, this stamp allowed the item to be handled as first-class matter. 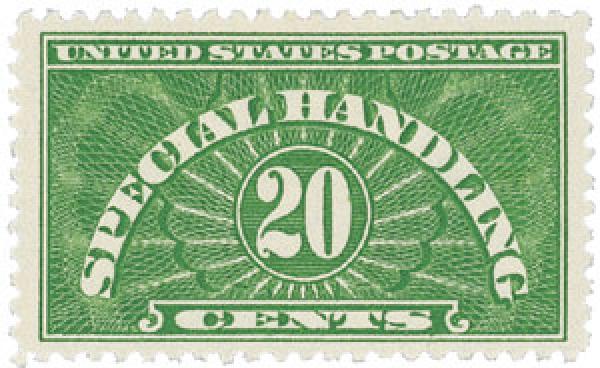 The terms of the Postal Service Act were a little confusing. It was called “special handling,” which was often confused with “special delivery.”  But the “delivery” part was used only in regards to the special handling fee, and not for a different delivery schedule than first class mail. Instead, the Act was referring to the different types of items that might be mailed under that classification, such as live animals. It even specifically mentioned baby alligators! 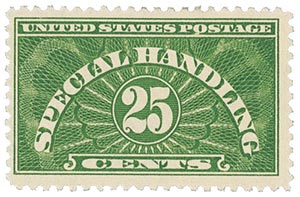 US #QE4a – The 25¢ stamp was reprinted along with the new issues in 1928 in a slightly different color.

The increased speed of delivery these stamps offered was important at the time when America was a rural, agricultural society. Parcels often contained live animals like baby chicks and alligators. With the slower parcel post service, the animals might die before being delivered. Collecting the extra fee in the way of a Special Handling stamp helped the post office pay for the added expense of faster delivery. 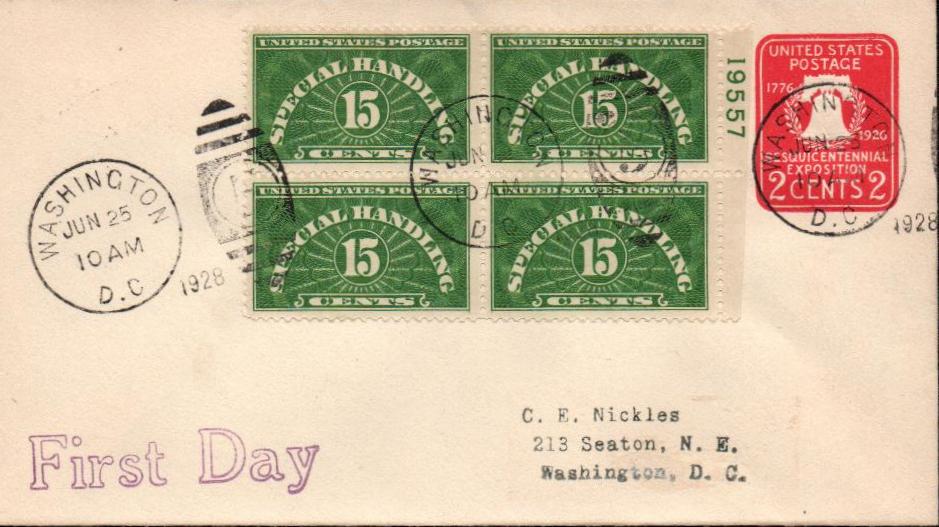 Three years later, 10¢, 15¢, and 20¢ denominations were issued to cover the revised rates that went into effect in July 1928. The stamps were later given their Scott numbers according to their denominations, which is why the first stamp is designated #QE4. Special Handling stamps were withdrawn from sale in post offices on October 24, 1947. 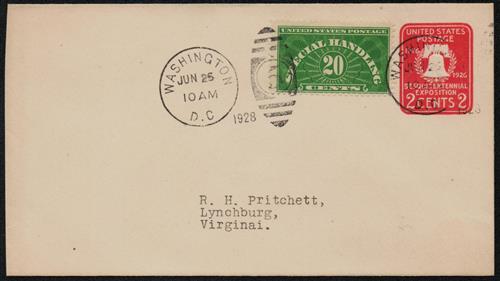 US #QE1-4 – Get the complete set of four Special Handling stamps in one order. 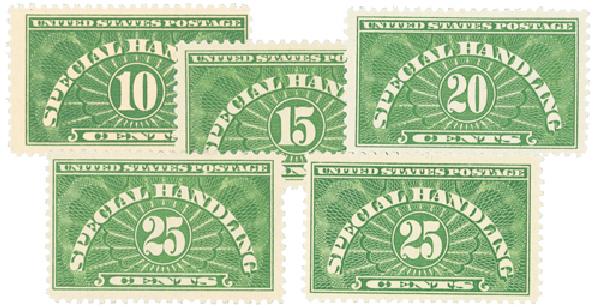 US #QE1-QE4a – Complete set includes the reprint of the first issue, #QE4a.

Facebook
This entry was posted in April 2018, This Day in History. Bookmark the permalink.
Click here to cancel reply.