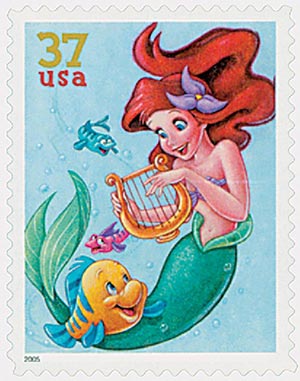 Andersen was an only child whose father claimed to have come from nobility, though there is no evidence of this. His father instilled in Andersen an appreciation for literature from an early age, in particular by reading him Arabian Nights.

After his father’s death, his mother remarried and Andersen attended a school where he received a very basic education. He also had to work to support himself, so he apprenticed with a weaver and a tailor.

Andersen moved to Copenhagen when he was 14 to find work as an actor. He could sing soprano and was hired into the Royal Danish Theatre. However, after his voice changed, he couldn’t sing those notes anymore. Around that time, a friend at the theatre told Andersen he thought he should be a poet. Anderson then decided to commit himself to writing. 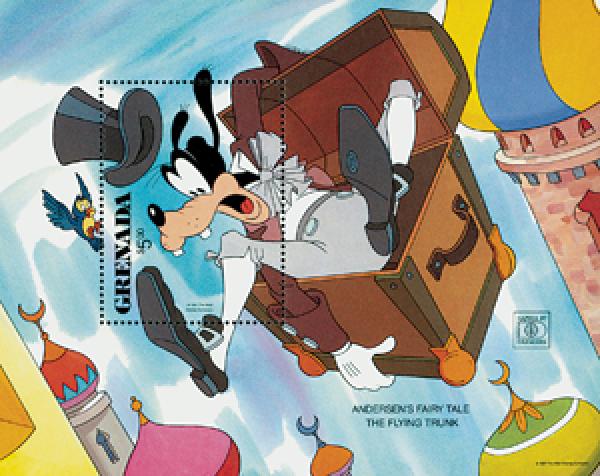 Item #MDS312 pictures a scene from “The Flying Trunk.”

The director of the theatre believed in Andersen’s talent, so he sent him to a grammar school and convinced King Frederick VI to help pay for his education. By 1822, Andersen published his first story, “The Ghost at Palnatoke’s Grave.” He also wrote one of his first fairy tales in the 1820s while still in school, “The Tallow Candle.” 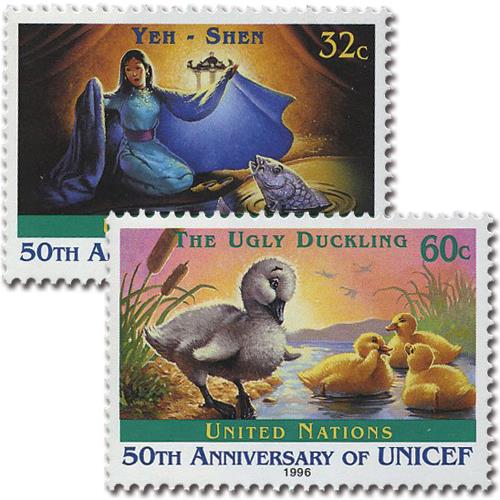 United Nations #UN688-89 pictures a scene from “The Ugly Duckling.”

Andersen had one of his first successful stories published in 1829, “A Journey on Foot from Holmen’s Canal to the East Point of Amager.”  In 1833, the king awarded Andersen with a small travel grant, which allowed him to travel Europe for inspiration. During his journey, he was indeed inspired to write several stories. 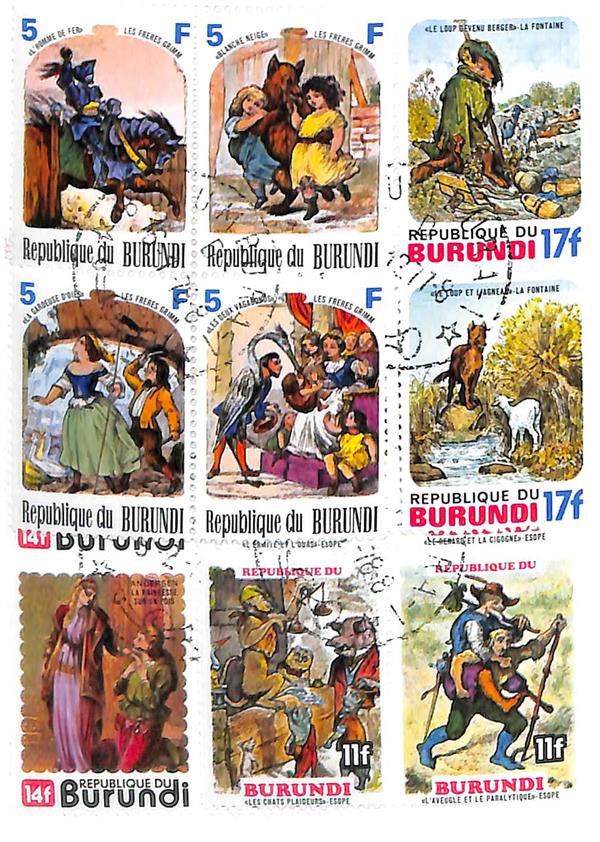 Burundi #523-26 pictures scenes from fairy tales by Andersen and other authors.

Andersen had been interested in fairy tales since he was a child. Early on, he would translate these tales, but they weren’t very popular. Then in 1835, he published the first two installments of Fairy Tales. These included some stories that are well-known today: “The Tinderbox,” “The Princess and the Pea,” “Thumbelina,” “The Little Mermaid,” and “The Emperor’s New Clothes.” However, he didn’t sell many copies and found a better reception to his novels.

In 1837, Andersen went to Sweden and was inspired to write a poem about the connections between the Swedes, Danes, and Norwegians. The poem, “I am a Scandinavian,” was later set to music and became quite popular.

In 1838, Andersen published another collection of fairy tales, which included “The Daisy,” “The Steadfast Tin Soldier,” and “The Wild Swans.” By 1845, his fairy tales were becoming more popular. His tales were translated into other languages and his new volumes of tales were more positively received. One review claimed, “This is a book full of life and fancy; a book for grandfathers no less than grandchildren, not a word of which will be skipped by those who have it once in hand.” 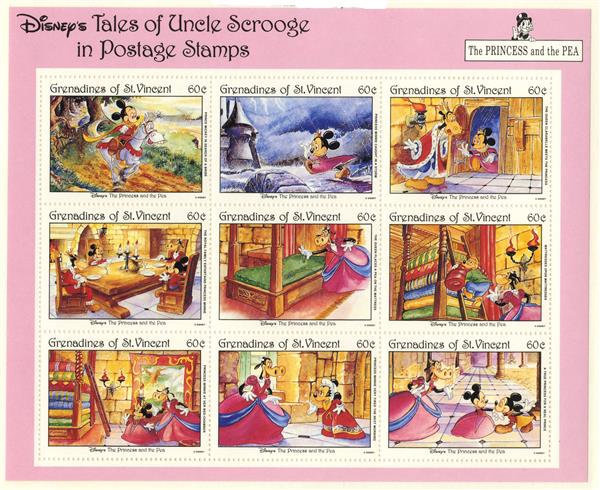 Item #MDS198 from Disney’s The Princess and Pea.

Over the years, Andersen traveled many times and published a series of travelogues about his visits to Sweden, Spain, and Portugal. Some of these also included some fairy tales. Eventually, Andersen received wide acclaim throughout Europe for his writing and Denmark gave him an annual payment as their “national treasure.” 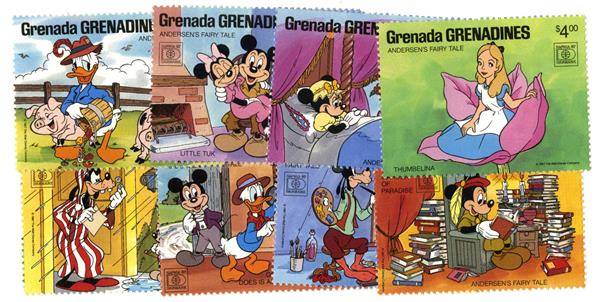 In 1872, Andersen hurt himself falling out of bed, and never fully recovered from the injuries. He also appeared to have liver cancer and died on August 4, 1875. Since 1967, Andersen’s birthday has been celebrated as International Children’s Book Day.