Launch of the Hubble Telescope

U.S. #3384-88 picture some of the beautiful images captured by the Hubble Telescope.

On April 24, 1990, NASA launched the Hubble Telescope from the Space Shuttle Discovery.

German scientist Hermann Oberth, one of the founders of rocketry, was the first person to suggest sending a telescope into space aboard a rocket in 1923. Little was done over the next 20 years until astrophysicist Lyman Spitzer, Jr., wrote a paper suggesting a space observatory. While progress was slow, Spitzer continued promoting the idea for the next 50 years. 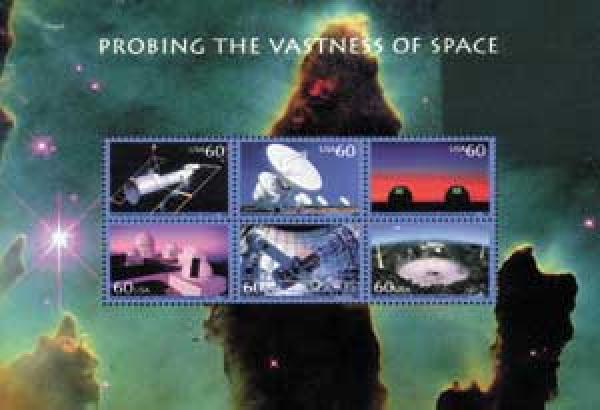 The first major step was taken in 1969, when NASA approved the Large Space Telescope Project. Over the next five years, scientists worked out plans for the telescope and suggested that it have several interchangeable instruments, allowing it to study wavelengths from ultraviolet to infrared light. After nearly 20 years of planning, Congress approved funding for the telescope in 1977.

Building the telescope was a massive effort, utilizing crews from all over the country. Marshall Space Flight Center in Huntsville, Alabama was in charge of the design, development and construction of the telescope and its support systems. Meanwhile Goddard Space Flight Center designed and built scientific instruments for it and developed the ground control aspect. Furthermore, contractors, universities, and NASA centers worked on additional instruments. 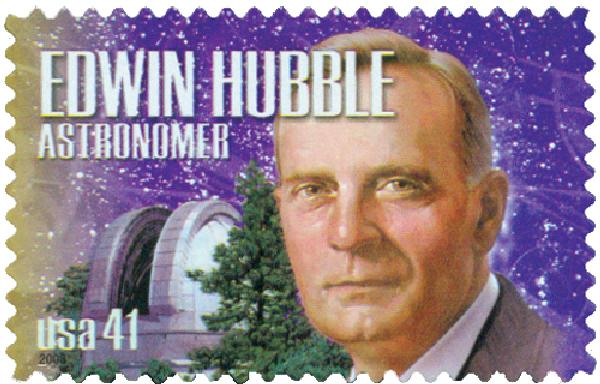 In 1983, the telescope was named for Edwin Powell Hubble (1889-1953), an American astronomer whose extensive studies of galaxies helped explain the structure, size, and evolution of the universe. He was the first to note that the universe contains star systems other than our Milky Way. 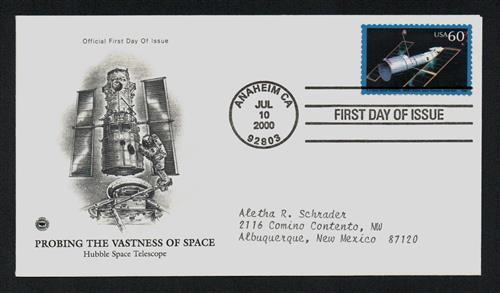 Delays pushed back the launch date to October 1986. But earlier that year, the Space Shuttle Challenger exploded, halting shuttle flights for two years. The delay gave scientists the chance to upgrade certain aspects of the telescope, but maintaining it in a clean room increased the overall cost of the project. 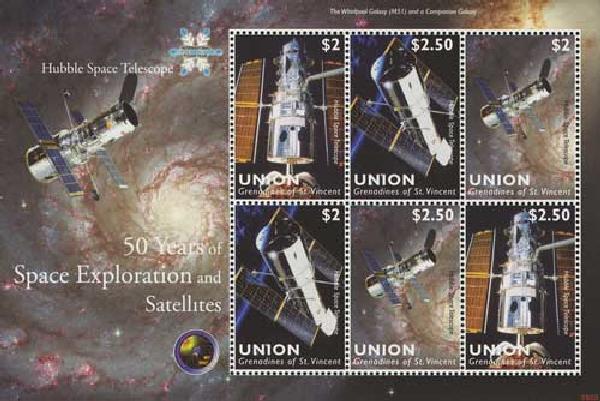 Item #M11190 honors 50 years of space exploration and satellites with images of the Hubble Telescope.

Shortly after going into orbit, however, scientists on Earth discovered a problem. While the pictures Hubble transmitted back were clearer than most ground-based telescopes, they weren’t as clear as expected. Scientists discovered that the primary mirror was slightly the wrong shape, causing light to bounce off the center and focus on a different area than the light bouncing off the edge. They figured out a solution – a series of small mirrors that could be installed in space. This would be an important job, as it would test the ability to repair the telescope in space. 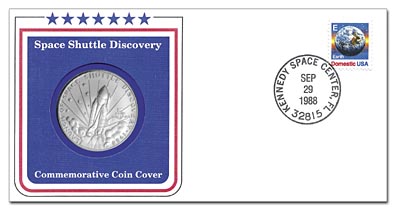 Astronauts made the repair trip in December 1993, and by early 1994, Hubble was sending back the first batch of beautiful images with the clarity we’ve come to expect. With a resolution nearly 20 times that of ordinary ground-based telescopes, Hubble returns amazing images from the furthest reaches of our universe. The huge instrument can “see” the cosmos clearer than land-based telescopes because of its position above Earth’s image-distorting atmosphere. In fact, it’s said that the power is so strong – and the resolution so sharp – that it’s like seeing a pair of fireflies in Tokyo while standing in Maryland. Hubble has proven the existence of black holes, captured a comet’s collision with Jupiter, and taken the first images of Pluto and its satellite, Charon.

Click here to explore the stunning images captured by the Hubble Telescope.