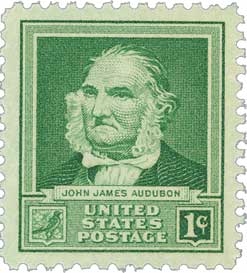 US #874 from the Famous Americans Series.

Audubon was the son of a French naval officer and sugar plantation owner who had helped the American cause during the Revolution. As tensions in Saint-Domingue began to rise, Audubon’s father decided to move back to France and joined the Republic Guard. 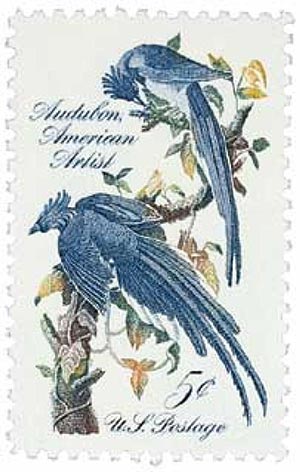 US #1241 from the American Painting Series.

Audubon and his siblings were raised near Nantes, France. It was here that he was renamed, Jean-Jacques. From a young age, Audubon had an interest in birds. He later recalled “I felt an intimacy with them… bordering on frenzy [that] must accompany my steps through life.” Audubon spent his childhood roaming the woods, collecting and drawing eggs and nests. 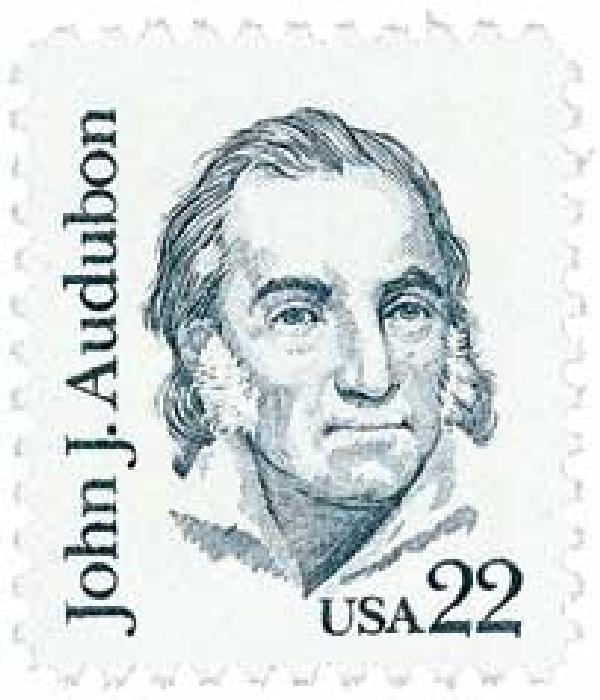 US #1863 from the Great Americans Series.

When he was 12, Audubon’s father sent him to military school, but he got seasick and didn’t enjoy math or navigation, so returned home. Then in 1803, his father got him a fake passport to allow him to leave for America to avoid being conscripted into the Napoleonic Wars. It was at this time that he changed his name to the Anglicized form: John James. 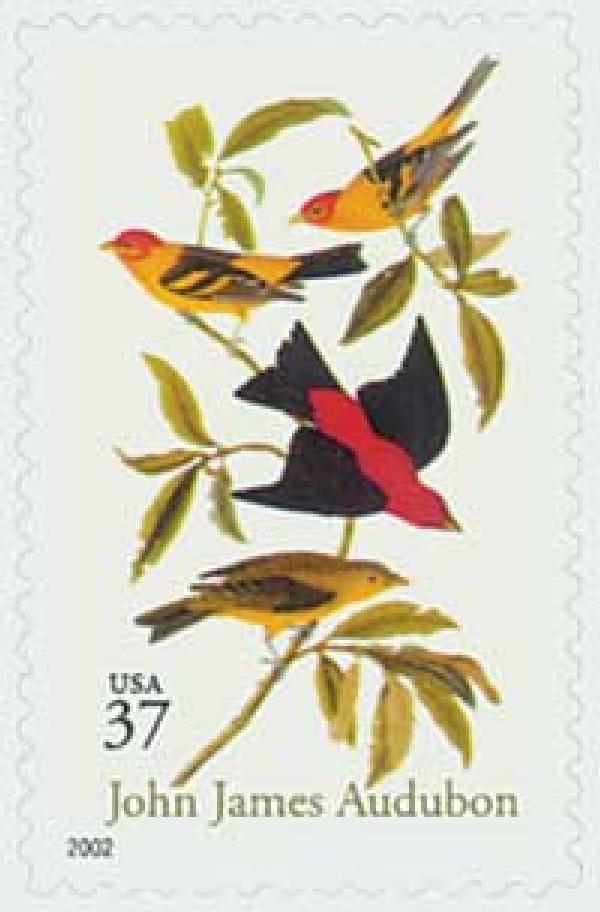 US #3650 from the American Treasures Series.

Audubon then made his way to Mill Grove, near Philadelphia, where his father had purchased property years earlier to develop lead mines. Audubon loved his time there, as it gave him ample opportunities to explore nature and study birds. 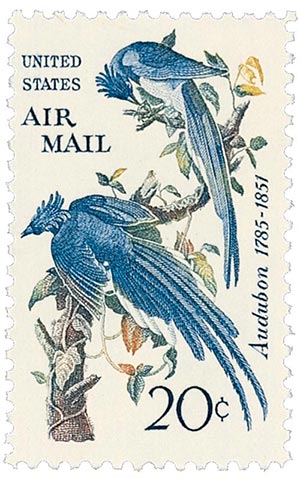 During this time Audubon did the first known bird banding in the country – tying a string to bird’s legs to see if they returned to the same nesting areas each year. He also committed himself to painting birds more realistically than other artists before him had done. Eventually, Audubon opened his own nature museum, filled with birds’ eggs and stuffed animals he had taxidermied himself.

Audubon and his father eventually agreed that the mining business wasn’t working out, so he sold part of the land and went to New York to learn the import-export business. For several years, Audubon moved around trying his hand at different jobs while trying to provide for his wife and children. In 1812, he had to give up his French citizenship and became an American citizen.

During his business travels, Audubon always continued to study and paint birds. He would destroy older paintings to force himself to create even better images. By the early 1820s, Audubon was more dedicated than ever to his study of birds. He resolved to paint all the birds on the continent. Audubon used realistic poses and settings to paint, catalog, and describe the birds. 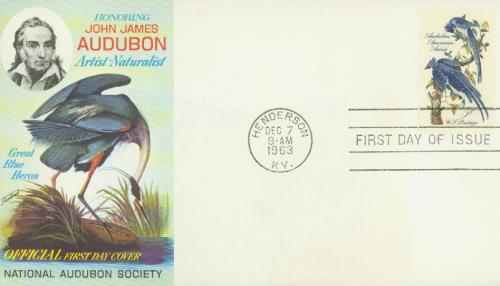 In 1824, Audubon went to Philadelphia to find someone to publish a book of his bird drawings. No one would, but one suggested he go to Europe. So in 1826, he sailed to England, where he was accepted as “the American woodsman.” His British hosts, particularly King George IV, loved his drawings and he eventually raised enough money to get his book published. Audubon’s Birds of America pictured 497 bird species on 435 life-sized, colored engravings made from his watercolor paintings. The pages were organized in a specific order, taking readers on a visual tour. The book was wildly popular, especially in Europe. Audubon became just the second American elected as a fellow in London’s Royal Society. 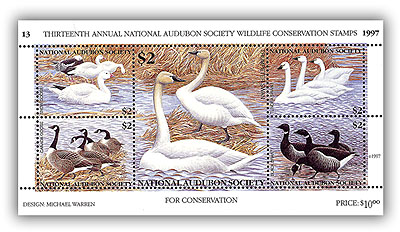 Audubon returned to America in 1829 to work on more drawings for his book. He also worked on a sequel, Ornithological Biographies, with William McGillivray, which detailed the life histories of each species. He continued to travel until his health began to deteriorate. Audubon died on January 27, 1851. In 1905, the National Audubon Society was founded “to conserve and restore natural ecosystems, focusing on birds…”