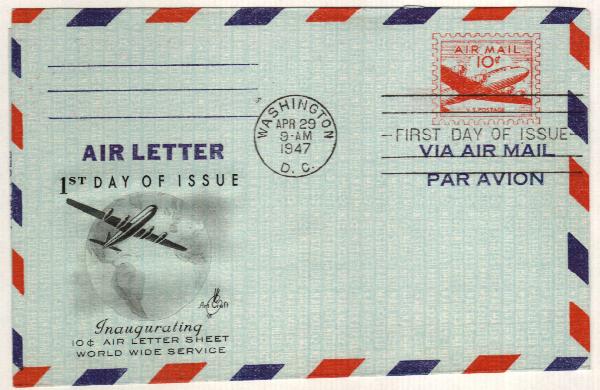 On April 29, 1947, the US issued its first aerogram, then called an air letter sheet.

In the early days of the mail, letter sheets were the common way to send letters. Messages were written on paper that was folded and sealed. Some postal authorities would charge by the amount of paper used, so using an envelope would make mailing a letter more expensive. As these laws changed and envelopes became the common practice, letter sheets fell out of favor but were still used on occasion in the 1900s. 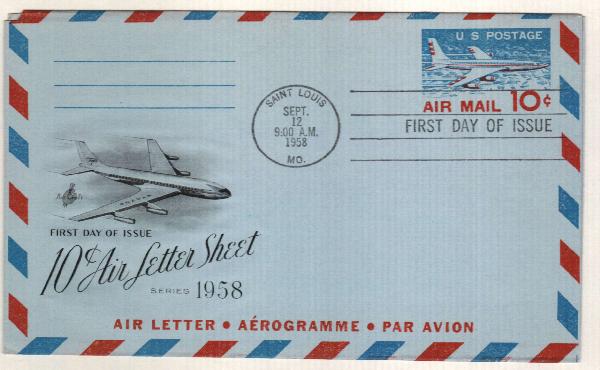 In 1933, Iraq introduced air letter cards, thin sheets of postal stationery that could be folded and sealed. These cards were created because of the need for more lightweight mail as the country developed its air services. 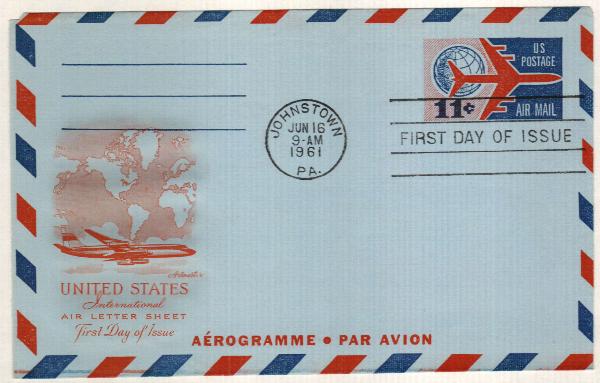 These Iraqi air letter cards went on to inspire the creation of aerograms during World War II. Lieutenant Colonel RE Evans, Royal Engineers, Assistant Director Army Postal Service Middle East Force had seen the Iraq air letter cards and believed the British Army could use something similar. In 1940, he suggested the creation of a lightweight self-sealing letter card that the British Army could use for their airmail. 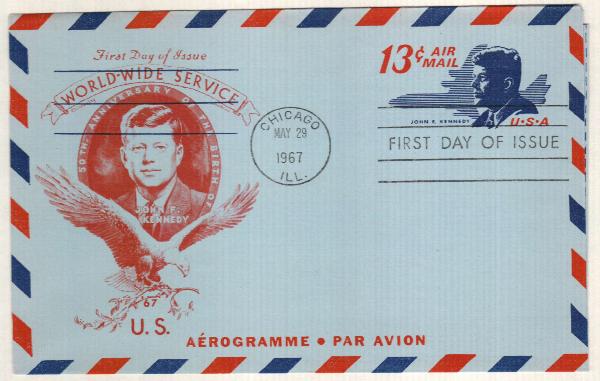 The idea was approved the following year and the first airmail service between the United Kingdom and the Middle East began on March 1, 1941. In the coming years, the lightweight private air letters grew in popularity, reaching the United States after the war. 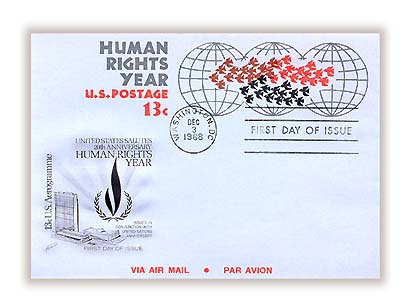 On April 29, 1947, the US issued its first aerogram, which it called an air letter sheet. One important factor of aerograms was that they were lightweight, so they usually cost less to mail than regular airmail letters, making them popular with postal customers. Because of this, mailers were specifically warned not to enclose any letters inside of the aerograms. If they did, they would be sent by ordinary mail. 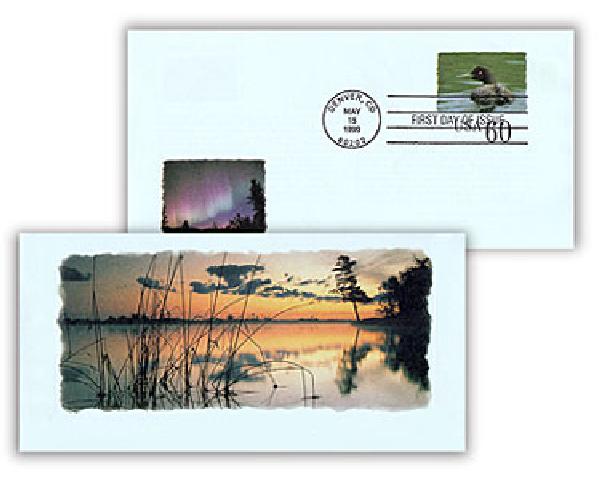 The design of the first aerogram remained in use until 1958. Between then and 1999, the US issued a total of 25 aerograms.

See more US aerograms below: