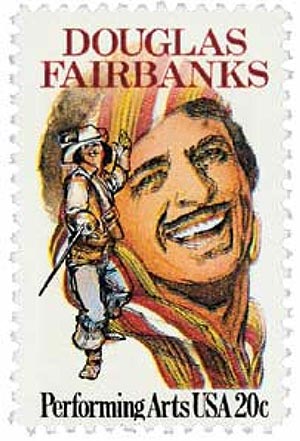 On April 8, 1918, Charlie Chaplin and Douglas Fairbanks held a war bond drive on Wall Street to bolster support for the war effort.

A year and two days earlier, America had entered World War I and began selling war bonds (also known as Liberty Bonds). While patriotism was high, few Americans had ever bought bonds before, so their sales suffered.

Soon, the government turned to celebrities to help encourage sales. Since Hollywood was not yet the film center it is today, most film stars could be found in New York. Many were enlisted to take to the streets to encourage war bond sales. 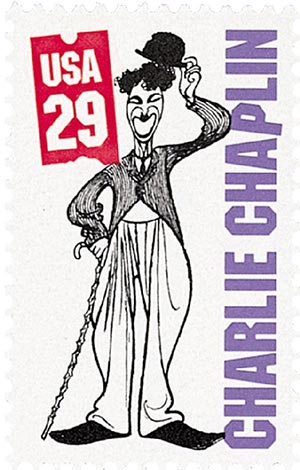 There were several memorable occasions when this happened. One day, Martha Mansfield sold doughnuts to raise money for the Salvation Army. There were even doughnut auctions, where a single doughnut sold for $25,000. Several of these events were held at the Sub Treasury Building (present-day Federal Hall), the largest bond repository in New York.

So, on the afternoon of April 8, 1918, Charlie Chaplin and Douglas Fairbanks decided to do their part in the fundraising and made their way to the Sub Treasury Building. Between 20,000 and 30,000 people turned out to see their antics, the largest crowd ever assembled on Wall Street up to that time. Standing in front of the statue of George Washington, Chaplin announced through a megaphone, “I never made a speech before in my life. But I believe I can now.”

Chaplin went on, “You people out there – I want you to forget all about percentages in this Third Liberty Loan. Human life is at stake and no one ought to worry about what rate of interest the bonds are going to bring or what he can make by purchasing them. Money is needed – money to support the great army and navy of Uncle Sam. This very minute the Germans occupy a position of advantage, and we have got to get the dollars. It ought to go over so that we can drive that old devil, the Kaiser, out of France. How many of you men – how many of you boys, out there, have bought or are willing to buy Liberty Bonds?”

U.S. #3183a – Chaplin stamp from Celebrate the Century pane.

Next was Fairbanks’ turn. He took his spot in front of the statue and began, “I used to work down here about 10 years ago. Are you folks good Americans? Have you bought Liberty Bonds? Folks, I’m so hoarse from urging people to buy Liberty bonds that I can hardly speak. But that doesn’t bother me a bit, and I’m going to keep on telling you to buy until there’s not a bond left.”

No matter what Chaplin or Fairbanks said, heard or not, it was met with enthusiastic cheers from the audience. What seemed to delight onlookers most, though, was when Fairbanks lifted Chaplin up on his shoulders, making the crowd erupt with applause and cheers. 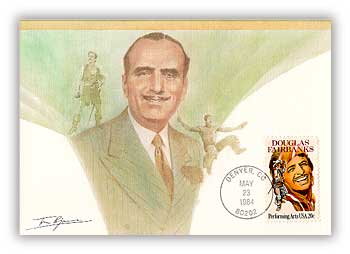 Others also took the stage that day, including Captain Robert E. Watson of the 66th Machine Gun Corps. and Lieutenant Joseph C. Stehlin. At the end of the display, Harvey Hindemeyer and Fairbanks sang “Over There.”

Police from three stations were present for the event. And after several women fainted at the excitement of seeing the stars in person, ambulances were brought in.

This drive, in addition to several others led by Chaplin, Fairbanks, and other stars, raised $180,239,000 in New York City alone.

Click here to see photos from the bond drive.