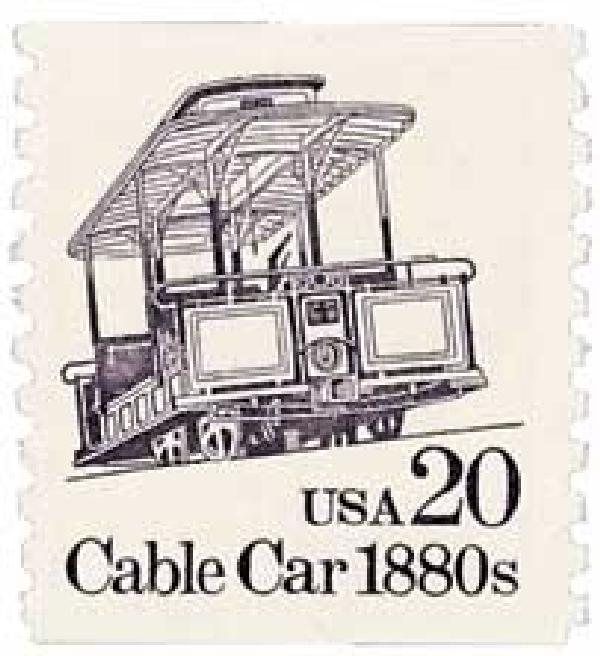 The city of San Francisco, California, is known for its steep hills. In the early days, horses pulled streetcars up and down the slopes, which was very hard on the animals. British-born San Franciscan Andrew S. Hallidie felt great sympathy for these horses and sought a better way to transport people around the city.

In years prior, earlier attempts at creating a cable-run train had failed in both London and New York, and were eventually replaced with steam locomotives. Hallidie’s work was the manufacture of wire cable, so it was only natural that he invented the cable car as a solution to this problem.

With design assistance from William Eppelsheimer, Hallidie patented his cable car design in 1871. Hallidie’s cable car was propelled by gripping a continuously moving cable that ran under the pavement. Although similar in principle to a ski lift, the cable car was able to connect and remove itself from the line as needed. 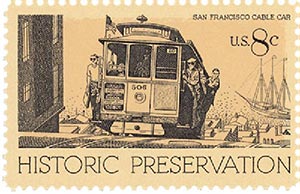 U.S. #1442 from the Historic Preservation issue.

Two years later, Hallidie was ready for a trial run. The maiden voyage was held on August 2, 1873. Hallidie operated the cable car himself, down and back up one of the city’s steepest hills with no problem. The 2,791 foot-long track moved the car at just four miles per hour. Passengers took eleven minutes to travel that distance. The world’s first successful cable car line began regular service one month later. 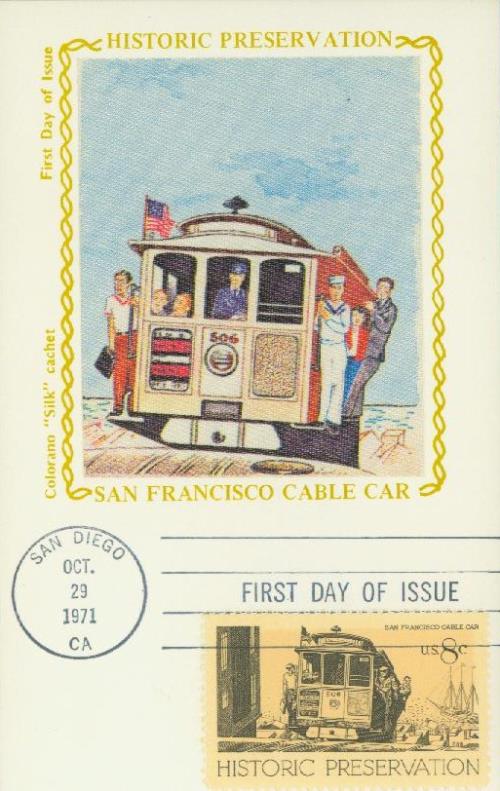 After that first successful run, the number of cable cars increased until they became a symbol of the city. Hallidie’s Clay Street Line would remain in operation until 1942.

Cable soon cars became popular in many cities. Over time, buses and cars have taken over much of their usefulness. However, the steep hills of San Francisco are still traveled by 37 cable cars.

Click here to view photos of the Clay Street Hill and other cable cars at the Cable Car Museum’s website.