First Photo of Earth Taken from the Moon 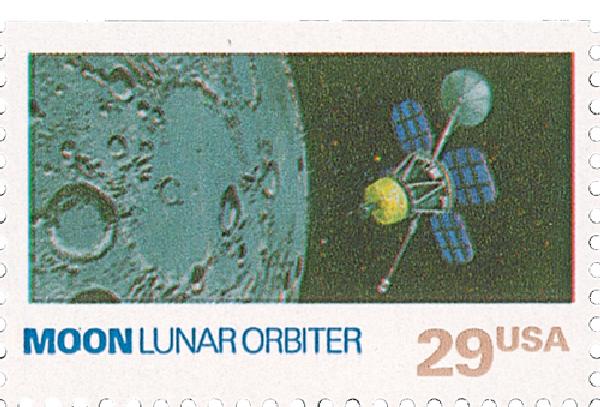 On August 23, 1966, Lunar Orbiter I captured the first images of our planet from deep space.

Photographing Earth wasn’t the mission. It wasn’t even considered until the craft was out in space.

The Lunar Orbiter program was launched in 1966, and aimed at capturing images of the moon’s surface to plan possible landing sites. As NASA made preparations, they discovered that Boeing and Eastman Kodak had been working on exactly what they needed – a spacecraft with an onboard camera system.

Lunar Orbiter I launched on August 10, 1966, and 92 hours later it was orbiting the moon. It was a flying photo lab – with a camera system taking up about one-third of the ship. The onboard camera had dual lenses that took two photos at once. While one lens took medium-resolution wide-angle images, the other captured high-quality closeups of these areas in greater detail. The unmanned machinery then exposed, developed, and processing the film, all while orbiting the moon amidst extreme hot and cold temperatures.

Once the photos were processed, an electron beam scanned each of them and then transmitted them back to Earth over radio signals. Four other Lunar Orbiters followed the first, and together they mapped 99 percent of the moon.

Scientists at NASA used these photos to investigate 20 potential landing sites. To do so, they made giant prints, laid them on the floor, and walked on them to figure out which would work best.

While the mission was going smoothly, some at NASA debated pointing the Lunar Orbiter’s camera at Earth. It wasn’t planned ahead of time and was a significant risk. There was a chance the craft wouldn’t turn back toward the moon. Eventually, NASA officials decided they really wanted the picture and agreed no one would get in trouble if the camera didn’t reposition correctly. So on August 23, the Lunar Orbiter captured the earthrise – our planet rising above the moon’s horizon.

Once it was received back on Earth, the photo was made into posters that were widely dispersed. When their mission was over, the Lunar Orbiters were crashed into the moon so their signals wouldn’t interfere with later missions.

Click here to add this stamp – and this history – to your collection.