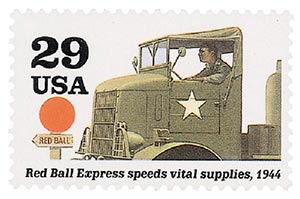 By August 1944, it was clear the Normandy invasion had been a huge success.  Pursuing quickly retreating Germans, the Allied troops had come within 100 miles of Paris.  However, the armies faced one basic problem – they had outrun the supply lines linking them to the Normandy beaches.  Before D-Day, they had bombed the French railroads to prevent the German army from bringing in reinforcements. 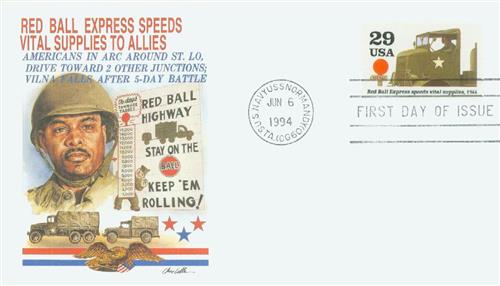 Once the Allies broke out from Normandy and raced to the Seine River, there were 28 divisions in France that constantly needed supplies.  On average, each division used about 750 tons of supplies per day, or 21,000 tons in all.  The Allies needed to bridge the gap separating the supplies in Normandy and the troops.  Otherwise, the Germans would have a chance to regroup and Paris would be lost.  The solution was the Red Ball Express. 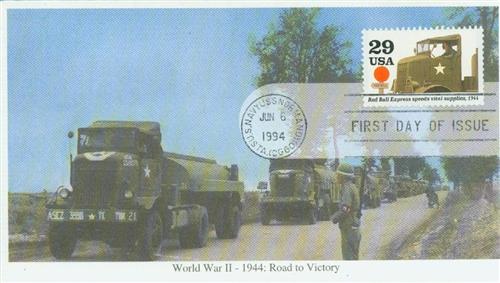 This long-haul supply system operated over a one-way set of roads to deliver bulk supplies each day to Patton’s and Hodges’ armies.  When the express began on August 25th, it provided 75 tons of supplies per day.  As the pursuit continued, the effort was expanded to include 5,958 trucks carrying about 12,500 tons each day over round-trip routes of up to 686 miles.

Each truck had two drivers, who were taken from various units that could spare them.  The majority of the drivers, about 75%, were African Americans.  Convoys usually consisted of at least five trucks with jeeps accompanying them in the front and back.  These convoys were easy targets for the German Luftwaffe, but the German air service was significantly weakened by this point, so air attacks were rare. 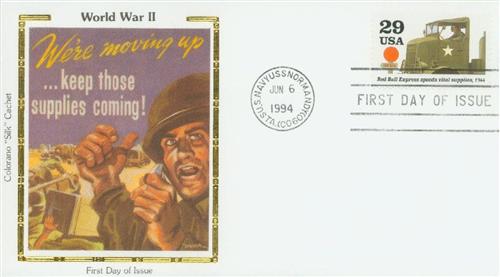 The express route consisted of two roads – a northern route to deliver the supplies and a southern route for the returning trucks.  These roads were closed to civilian traffic.  The 793rd Military Police Battalion was brought in to help control traffic along the route and provide security. 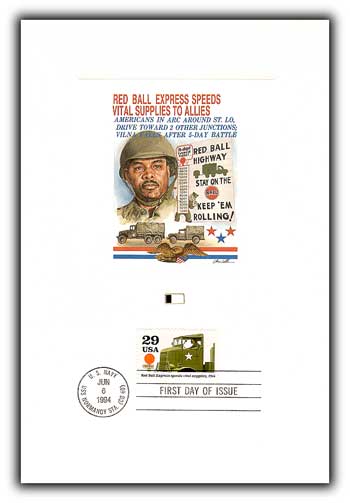 By mid-November, the critical need for emergency long-haul operations across northern France was over, and the service was disbanded on November 16, 1944.  During its 81 days of service, the Red Ball Express had provided the 1st and 3rd Armies with 3.5 tons of supplies a minute.

Click here to see video from the Red Ball Express.