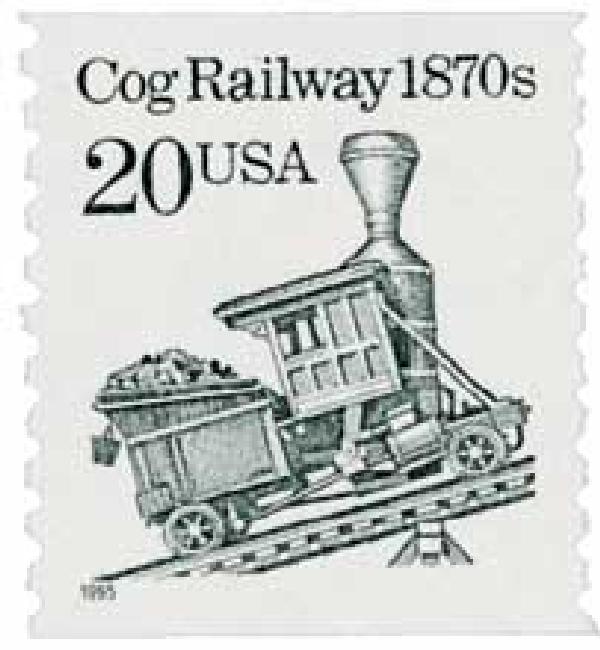 Marsh immediately began researching possible types of railways that could climb the steep mountain. He then realized that he needed an engine that could propel itself up the mountain as the railway was being constructed. He found his answer in the cog railway. Though cog railways had existed for sometime, none had been designed to climb a mountain such as this. Marsh designed a cog locomotive and applied for a patent in 1858, though it wasn’t approved until three years later.

In 1858, Marsh applied for a state charter and demonstrated his train with a wind-up model. The legislators weren’t convinced and burst out laughing. One even joked that he might as well build a railway to the moon. In spite of this, they agreed that Marsh could “fool away his own money” and granted him the charter.

Construction was delayed by Marsh’s other business ventures, as well as the Civil War. Work finally began in the spring of 1866. Marsh oversaw the creation of the first 660 feet of track as well as a six-mile road to the site and the experimental locomotive, Peppersass. However, he also needed to convince the nearest major railroad, the Boston, Concord & Montreal (BC&M), to extend its line so customers could easily reach his railway. They agreed, if he could prove his invention worked. So on August 29, 1866, the Peppersass moved railroad executives, engineers, and reporters up the completed portion of the track with ease. No one was laughing at Marsh now – his doubters were silenced. He earned the backing of the BC&M and completed the railway in 1869.