The World Forestry Congress is the largest meeting of members of the world’s forestry sector.  It’s a place where forestry professionals discuss conservation, management, and forest policies.  It allows nations to exchange information and ideas on an international scale.

The International Forestry Institute arranged the first World Forestry Congress, which was held in Rome, Italy in 1926.  The congress met a decade later in Budapest, Hungary and suggested establishing a permanent international committee to oversee future congresses and keep track of their records.  The third congress met in Helsinki, Finland, in 1949 and proposed a future congress dedicated to tropical forests. 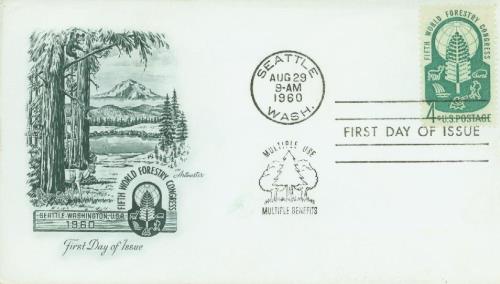 At the fourth WFC in Dehra-Dun, India in 1954, attendees discussed the role of forest zones in relation to economic development.  From then on, the congresses were held about every six years and each usually had a special theme. 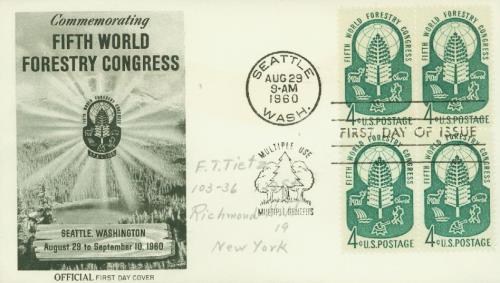 The fifth congress was the first to be held in the US, in Seattle, Washington.  It ran from August 29 to September 10, 1960.  A total of 1,970 people attended from 65 countries.  The congress’s motto was “Multiple Use of Forest and Associated Lands.”  The members discussed how to manage forestlands and conserve land resources, while still providing other uses – wood, water, forage, recreation, and wildlife – to benefit the largest number of people.  Other topics discussed during the congress included forest protection, education, watersheds, logging, genetics and tree improvement, forest recreation, wildlife, and tropical forestry. 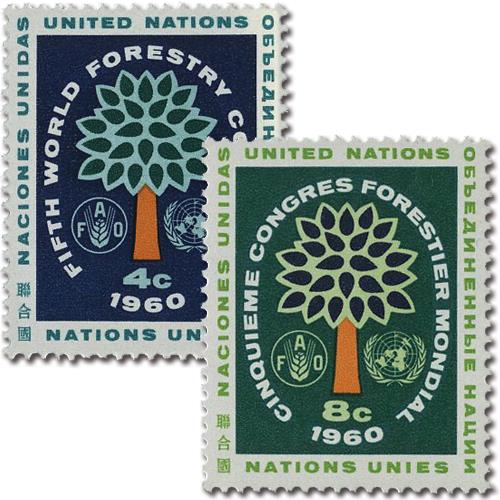 United Nations #UN81-82 were issued for the fifth WFC.

The World Forestry Congress has been held about every six years since.  The most recent was in South Africa in 2015.  Click here to read about each of those congresses. 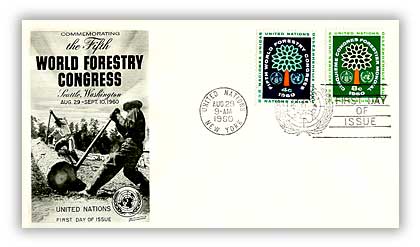