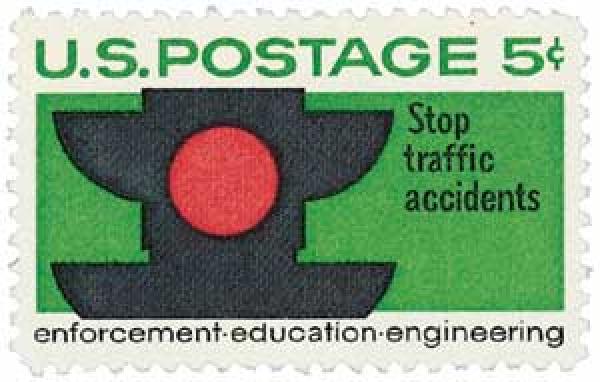 US #1272 was issued to publicize the importance of traffic safety.

On August 5, 1914, the first electric traffic light was installed in Cleveland, Ohio. 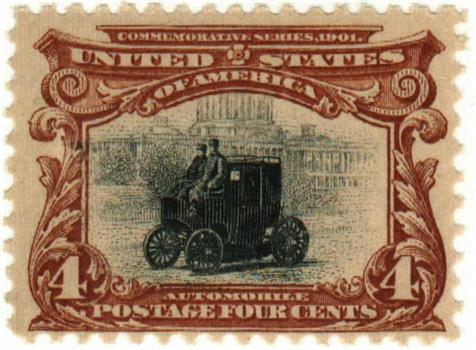 US #296 pictures an early electric automobile.

These early lights were called semaphores and were operated by a policeman.  During the day, arms at different angles indicated when traffic should stop or go.  At night, they used gas lanterns with red and green lenses.  The officer would manually turn the device with a lever so the correct signal would face each side of traffic.  While the device was successful at controlling traffic, a gas leak occurred less than a month after it was installed.  This led to an explosion that hurt a policeman, and the light’s use was discontinued. 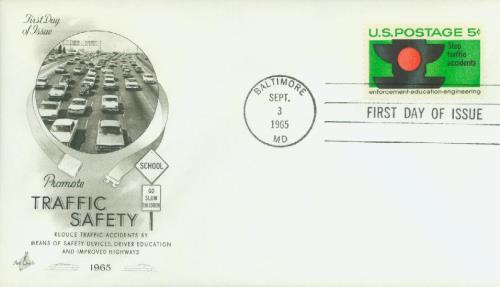 By the early 1900s, similar semaphore traffic signals were in use around America, though each state adopted its own design.  In the early part of the 20th century, innovations to traffic control came quickly.  In 1912, Salt Lake City police officer Lester Wire built a wooden box with red and green lights that he mounted on a pole.  It had wires attached to overhead trolley and light wires. Garrett Morgan also invented a traffic signal with a T-shaped design that was later patented in 1923. 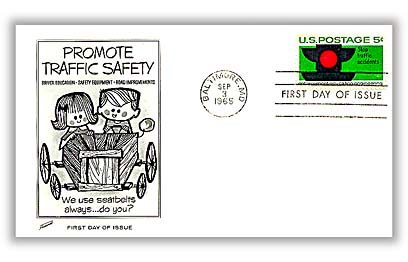 However, Cleveland, Ohio is largely credited as the home of the first electric traffic signal.  The light was designed by James Hoge and installed at the corner of 105th Street and Euclid Avenue on August 5, 1914.  Hoge’s design used four pairs of red and green lights mounted on a corner post.  They were wired to a manually operated switch in a control booth using a system that prevented the possibility of conflicting signals.  The lights had the words “stop” and “move” on them and a buzzer to warn of impending color changes.  Hoge’s system also permitted police and fire stations to change the signals when there was an emergency.

Concerning Hoge’s light, a contemporary article proclaimed, “This system is, perhaps, destined to revolutionize the handling of traffic in congested city streets and should be seriously considered by traffic committees for general adoption.”

Three years later, Salt Lake City installed a system that connected lights at six intersections that were controlled by the same manual switch.  Another major milestone occurred in 1920 in Detroit, Michigan.  There, Police Officer William L. Potts wanted to make the streets safer.  Inspired by the system of railroad signals, he connected red, amber, and green lights with $37 worth of wire and electrical controls to make the world’s first four-way three-color traffic light.  In less than a year, 15 of these lights had been put in place in Detroit alone.

In 1922, the use of police officers in traffic control began to decline as traffic towers were adopting automatic timers.  This automation was further improved in the 1950s with the introduction of computers to control the lights.  In some areas, a pressure plate was placed in the ground to detect the arrival of a car at a red light, which would signal the need to change the light.

Today, nearly every country in the world uses electric traffic lights.  The exception is Bhutan, which still utilizes police to direct traffic.