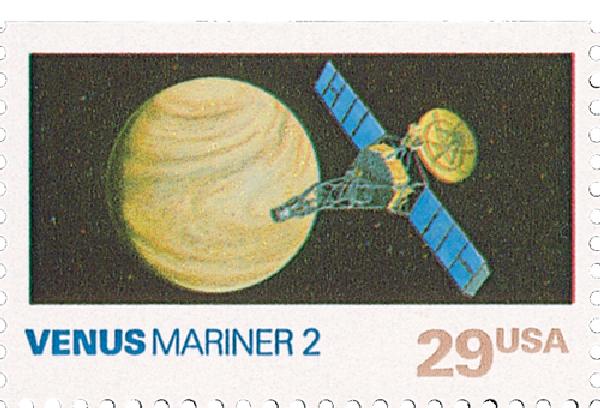 Identical to Mariner 1, which had launched a month earlier, Mariner 2 launched from Cape Canaveral, Florida on August 27, 1962. On its journey to Venus, the Mariner 2 experienced some issues, but most were remotely correctable, or were corrected by the probe itself. 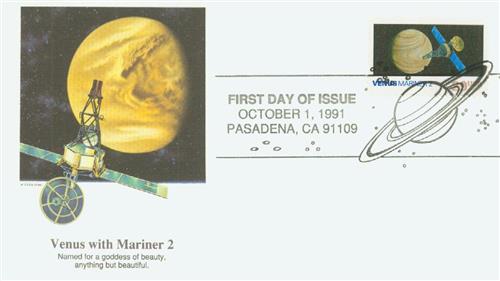 On December 14, Mariner 2 became the first spacecraft to encounter another planet. On that day, 110 days into its mission, it passed within 21,607 miles of Venus. One of the notable pieces of data from this flyby was the temperature. The temperature of Venus’ atmosphere was measured to be 900 degrees Fahrenheit.

U.S. #5070 was based from data collected by the Magellan probe.

Mariner 2 continued to travel beyond Venus and sent back its last transmission on January 3, 1963. The entire mission had lasted 129 days. Though it no longer sends back data, Mariner 2 is still in orbit today.

A great deal of information about Venus was revealed through the Mariner 2 mission. A microwave radiometer measured temperatures on different spots of the planet, revealing that its temperature is generally the same all around. An infrared radiometer confirmed that radiation temperatures were the same as measurements made from Earth. 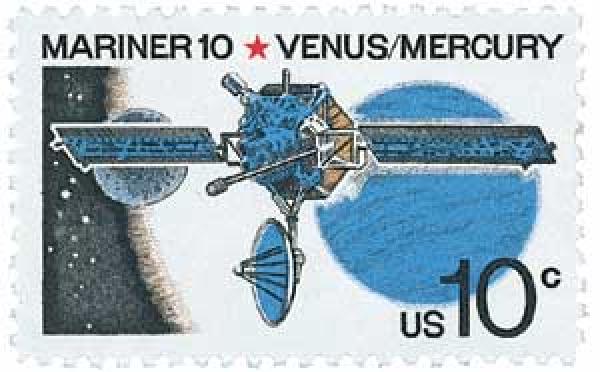 Data from the magnetometer revealed Venus has a persistent interplanetary magnetic field. Another test showed that Venus didn’t have a detectable magnetosphere or radiation belt. Mariner 2 provided more accurate measurements of Venus’ mass and Astronomical Unit. And findings suggested that Venus rotates much slower than Earth and in the opposite direction. Future missions would confirm this. 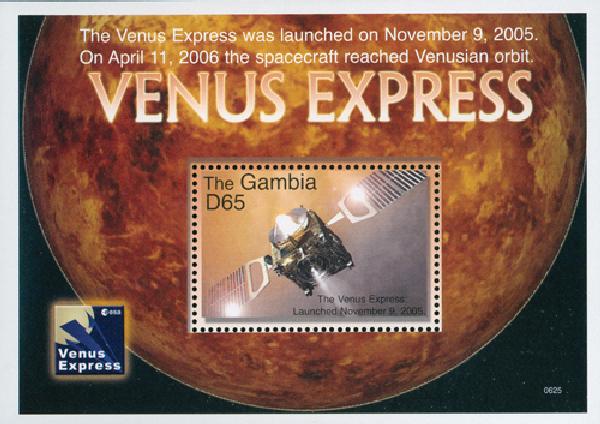 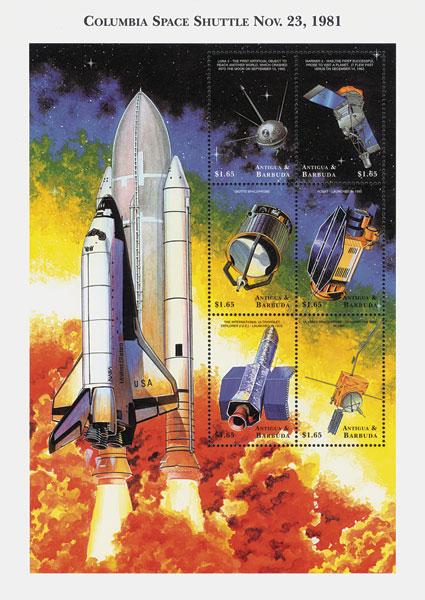 The next major mission to Venus occurred in 1970, when Venera 7 was the first to land a spacecraft on another planet. Finally, in the 1990s, the Magellan probe used radar to provide the first images of Venus’ surface. The photos revealed a planet covered with more than 1,000 volcanoes, some of which could still be active today.