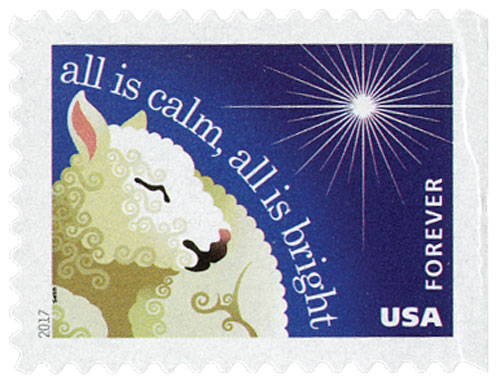 US #5248 includes a line from “Silent Night.” Click the image to order.

“Silent Night” was first performed on Christmas Eve in the small town of Oberndorf bei Salzburg, Austria, in 1818.

The story goes that the organ at St. Nicholas’ parish was broken and could not be repaired before Christmas.  A young priest named Joseph Mohr remembered a poem he had written in 1816.  The poem described the tranquil scene of Jesus’ birth. 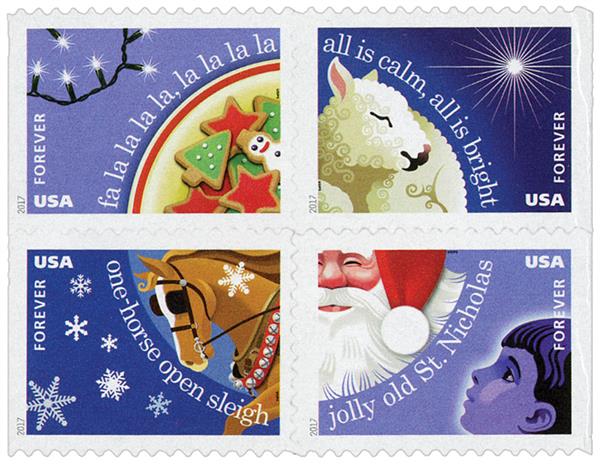 Mohr brought the poem to the church’s organist Franz Xaver Gruber and asked him to create a melody and guitar accompaniment.  At Christmas Eve mass, the duo performed the new carol. 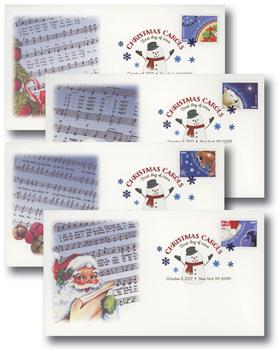 US #5247-50 – Set of 4 Fleetwood First Day Covers with Digital Color Postmarks. Click the image to order.

A few weeks later when the organ was being fixed, Gruber sat down to test the keys and played the melody to the new Christmas carol.  The repairman fell in love with the song and passed it on to two well-known singing groups in his home village, the Rainers and the Strassers.  The Rainers performed the song for Franz I of Austria and Alexander I of Russia.  They also made the first performance of “Silent Night” in the US in 1839 in New York City.  By the 1840s, the song was a favorite of Frederick William IV of Prussia.

Although today we know “Silent Night” as a slow song, Gruber had written a slightly more upbeat melody that was in 6/8 time.  The English version of “Silent Night” was translated in 1859 and can now be found in hundreds of different languages. 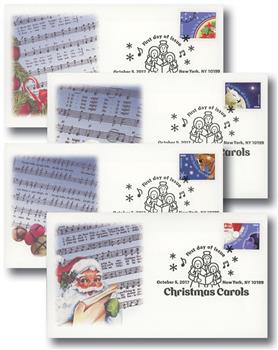 In 2011, the United Nations Educational, Scientific and Cultural Organization (UNESCO) declared “Silent Night” an “intangible cultural heritage.”  St. Nicholas’ church, where the song was first performed, was severely damaged by flooding and was demolished in 1913.  A new church was built in 1906 in the new town center (the entire town was moved upstream to avoid the heavy flooding.)  During World War I, the citizens of Oberndorf sought to honor the centennial of “Silent Night” but little was done due to the war.  Then in 1924, construction began on a memorial chapel.  It was completed in 1937 and named Feast of the Assumption, though it is also known as the Silent Night Chapel.