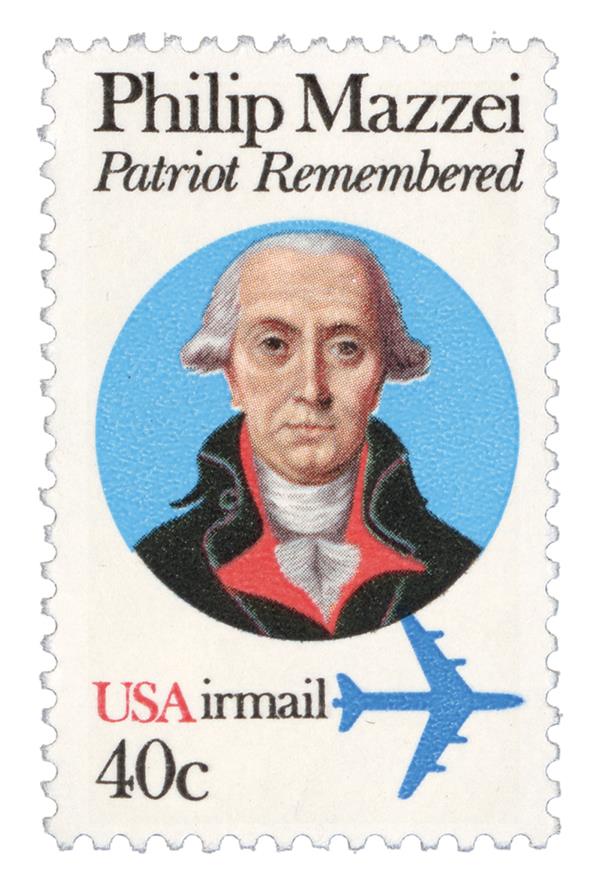 US #C98 was issued for Mazzei’s 150th birthday.  Click the image to order.

Mazzei studied medicine in Florence and worked as a doctor in Italy and the Middle East before finding work as a merchant in London in 1755.  While in London he taught Italian and befriended Benjamin Franklin and other Americans, who encouraged him to correspond with Thomas Jefferson. 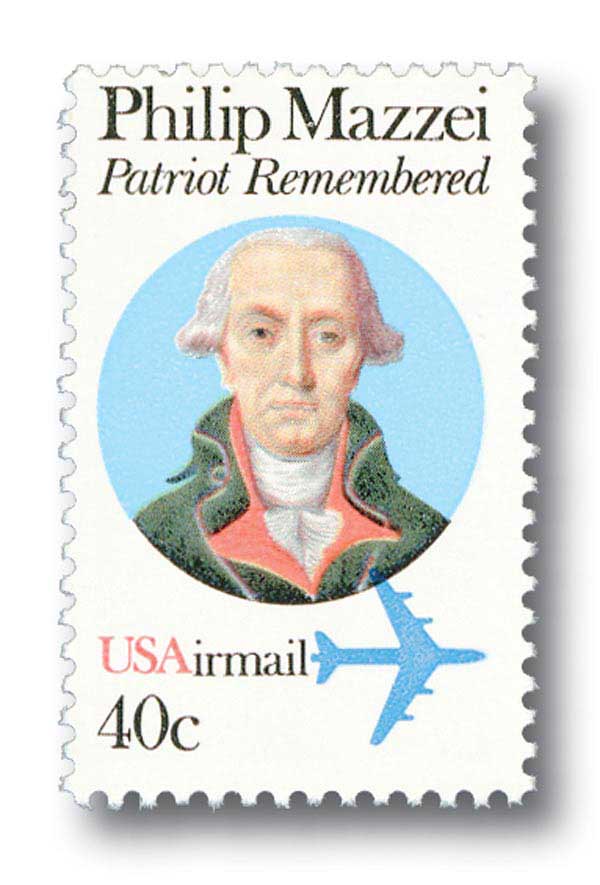 US #C98A – Mazzei perforation variety. Click the image to order.

While talking to Franklin, Mazzei told him about his idea to import Tuscan wine and olive trees to America.  Franklin supported the idea and encouraged him to follow through.  So on September 2, 1773, Mazzei set sail for Virginia with plants, seeds, silkworms, and 10 farmers.

Mazzei had been granted two separate tracts of land from the Virginia Legislature.  Jefferson encouraged him to settle in Albemarle County and gave him a piece of land on his Monticello plantation.  Together they established the first commercial vineyard in Virginia.  As close neighbors, Jefferson and Mazzei visited each other often.  Jefferson gave Mazzei an early draft of the Declaration of Independence and used Mazzei’s own writing for inspiration for the Virginia constitution.  (It’s been suggested that the phrase “All men are created equal” came from Mazzei.) 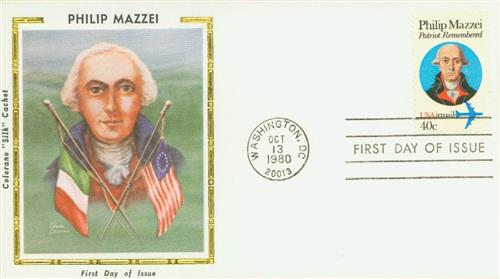 In 1778, Jefferson and other patriots convinced Mazzei to aid the Revolution abroad.  He went to see the Duke of Tuscany to borrow money for Virginia and collect political and military information for Jefferson.  He also bought and shipped weapons back to the patriots.

After a brief trip back to America in 1785, Mazzei moved to France.  He also toured Europe sharing his Republican ideals and wrote a history of the American Revolution in 1788.  After that was published, he went on frequent speaking tours about American ideas and innovations. 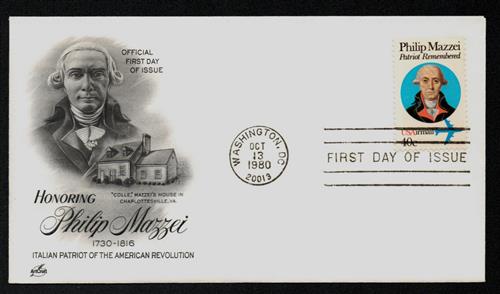 Throughout his life, Mazzei continued to correspond with Jefferson.  He got Jefferson classic portraits from the grand duke of Florence and also translated several of Jefferson’s speeches and letters.  The two also wrote about horticulture, with Jefferson sending Mazzei a description of his plow and Mazzei sending back seeds and plants. 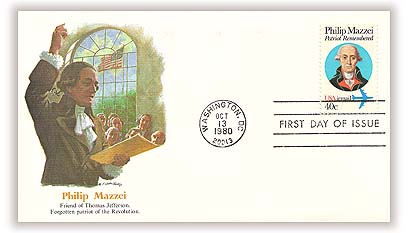 One of Jefferson’s letters to Mazzei was particularly controversial, reading, “In place of that noble love of liberty and republican government which carried us triumphantly thro’ the war, an Anglican, monarchical and aristocratical party has sprung up…  Against us are the Executive, the Judiciary, two out of three branches of the legislature, all of the officers of the government, all who want to be officers, all timid men who prefer the calm of despotism to the boisterous sea of liberty.”