US #4414d from the Early TV Memories sheet. Click the image to buy.

On December 27, 1947, Howdy Doody made his television debut on Puppet Playhouse.  Howdy Doody was one of the first TV programs made for children and produced in color.

The show has its roots in radio.  Bob Smith, known as Buffalo Bob, was hosting a children’s radio show called Triple B Ranch when he convinced NBC to try the show on television.  Originally titled Puppet Playhouse, the show first aired on December 27, 1947.  One of the favorite stars was a marionette named Howdy Doody.  Within a week the name of the program was changed to reflect his popularity. 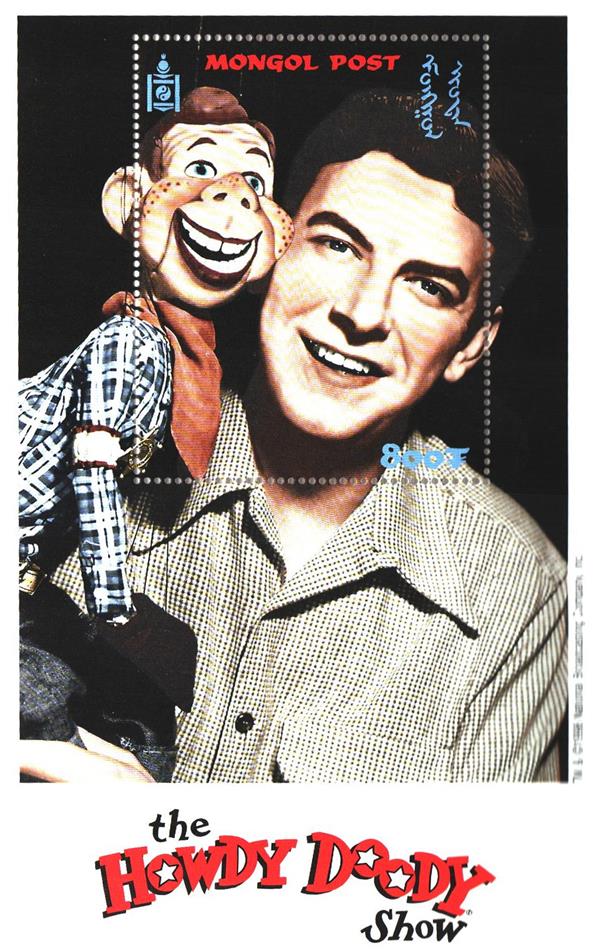 The first puppet didn’t look like the Howdy Doody we know.  The creator of the original left the show after a dispute with Buffalo Bob.  While a new Howdy was being made, Bob explained to the children that their favorite character was running for “President of all the Boys and Girls” in the 1948 election.  When the show received 60,000 requests for campaign buttons, they knew they had a hit on their hands because that number represented about one-third of the American homes that owned televisions. 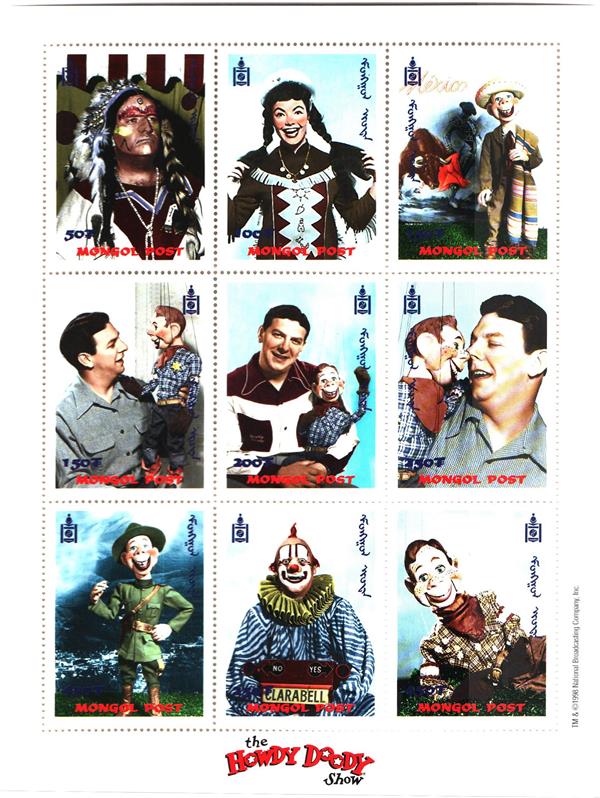 Mongolia #2349 pictures some of the characters from the show. Click the image to buy.

When Howdy Doody returned to the show in March 1948, he looked quite different.  Howdy explained that he had undergone plastic surgery while on the campaign trail.  He now had red hair and 48 freckles (one for each state in the Union at the time). He was the all-American boy with the ear-to-ear grin.  The live audience of children, known as the Peanut Gallery, loved the new Howdy Doody. 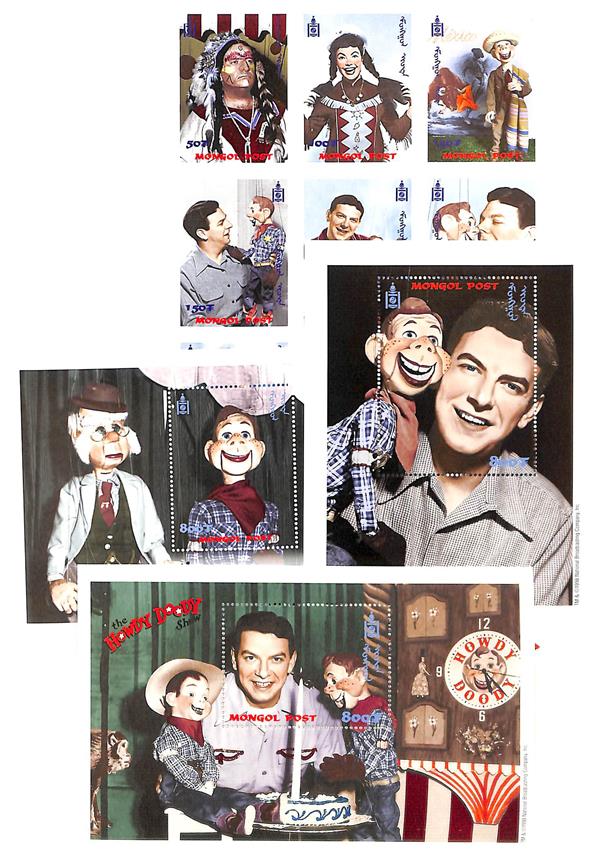 The Howdy Doody show first aired on three nights each week but was soon expanded to a daily show.  As the expenses of producing a TV show climbed, it was reduced to Saturday mornings.  In 1955, it was one of the first shows on NBC to be produced in color.

By 1960, Buffalo Bob was aging and the show’s popularity was decreasing.  The final broadcast took place on September 24, 1960.  It was a look back on the highlights of the program through the years. At the end of the show, the camera focused on Clarabell who surprised everyone with his ability to speak.  He closed the show by saying, “Goodbye, kids” with a tear in his eye. 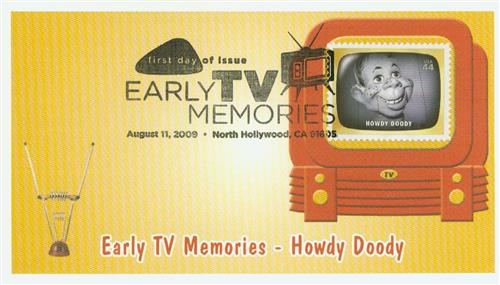 In the 1970s, a wave of nostalgia for the 1950s struck the nation.  After Howdy Doody was featured in an episode of Happy Days, the show was brought back for 130 episodes in 1976 and 1977.  And a decade later, Howdy returned once again for a 40th anniversary celebration.

Click here to visit a site dedicated to Howdy Doody.