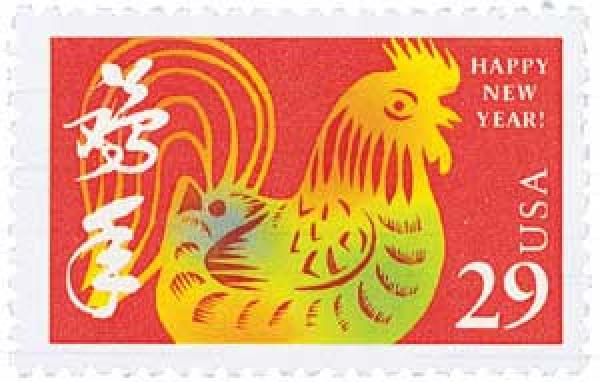 On December 30, 1992, the USPS issued its first Chinese New Year stamp, honoring the start of the Year of the Rooster.

The issue of this stamp was in part inspired by repeated requests for stamps to honor additional holidays – New Year’s, Easter, the Fourth of July, and Thanksgiving. There had also been calls for stamps honoring the signs of the Zodiac. There had also been several groups calling for stamps to recognize the contributions of Asian Americans, while the USPS wanted to explore topics to appeal to younger Asian American collectors. 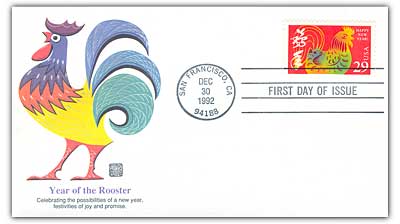 The stamp was designed by a first-time stamp designer, Clarence Lee, who used an airbrush to produce the artwork. The last stamp issued that year, it went on sale on December 30, 1992, and proved extremely popular. Many post offices sold out of their stocks in days and the stamp was in high demand in Asia. 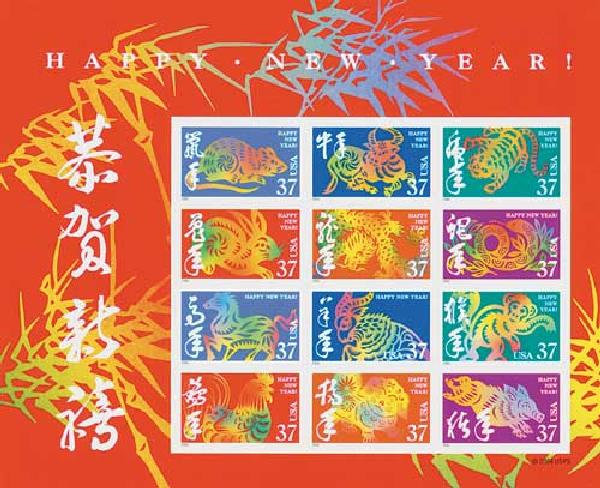 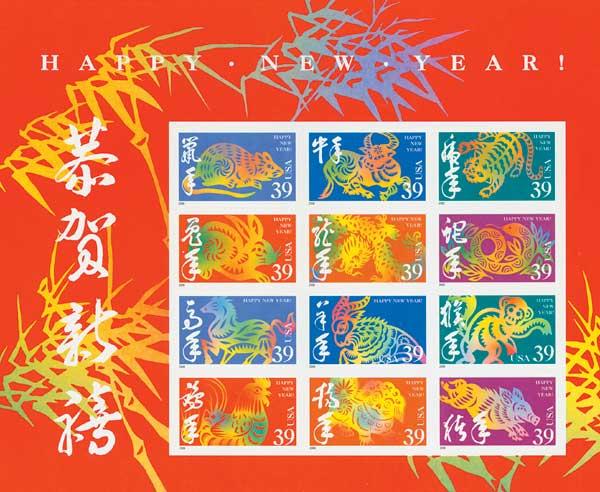 When the stamp was first produced, the USPS didn’t have plans to produce more Lunar New Year stamps. But based on the popularity of the Rooster stamp, they knew a series would be popular and issued a second Chinese New Year stamp on February 5, 1994. 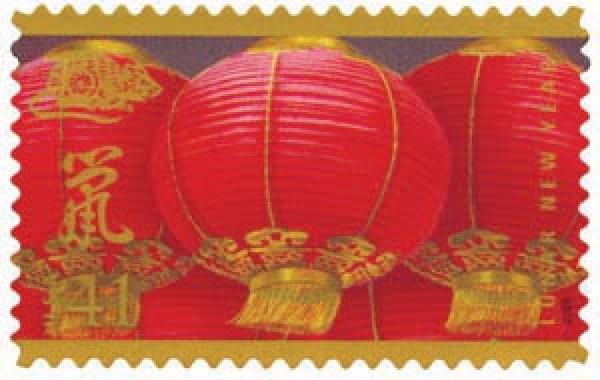 The final stamp in the initial series was issued in 2004, honoring the year of the monkey. The following year, the USPS decided to issue a souvenir sheet picturing all 12 Chinese New Year designs. At the 2005 first-class rate of 37¢, however, the cost of the sheet would have been $4.44 for 12 stamps. The number four is an unlucky number in Asia. 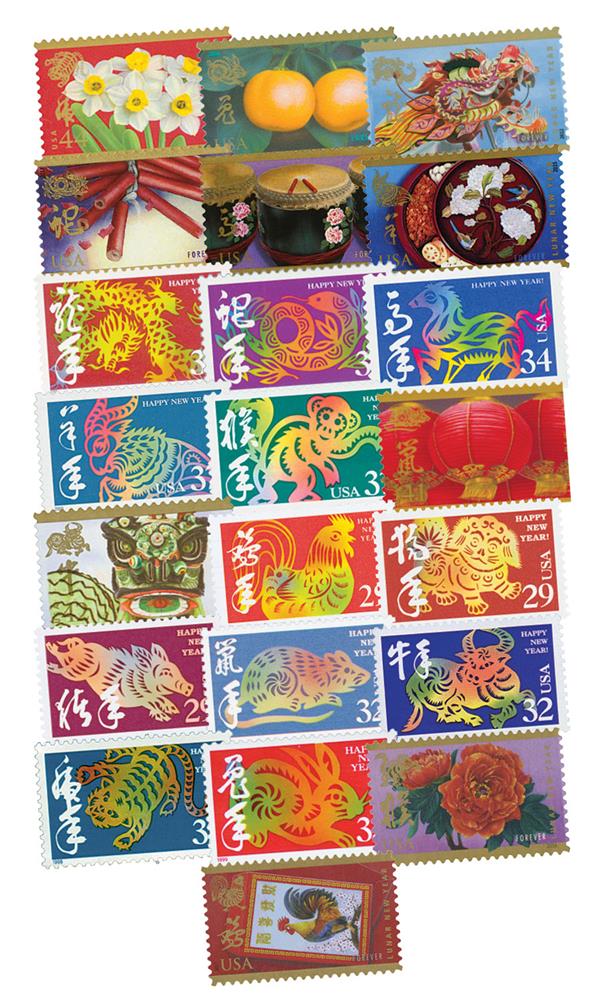 The Postal Service decided to make the sheet double-sided. The total price of the sheet of 24 then became $8.88; eight is a lucky number in Asia. In 2006, the first-class rate became 39¢, the total for a sheet of 12 was $4.68, and production of a single-sided sheet was possible – as luck would have it.

Based on the popularity of these stamps, the USPS inaugurated a new Lunar New Year series in 2008, beginning with the Year of the Rat.

Click here to learn more about the Chinese New Year including its history, traditions, and much more.