Posted on December 5, 2017 by MysticStamp 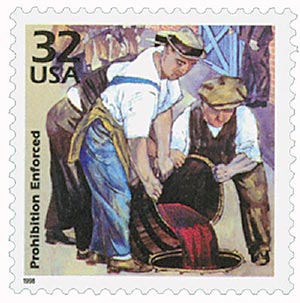 U.S. #3184c from the Celebrate the Century Series.

On December 5, 1933 the 21st Amendment was ratified, ending prohibition after nearly 15 years.

On January 16, 1919, the eighteenth amendment to the United States Constitution was ratified. The final triumph of the temperance movement, whose followers believed alcohol caused immoral behavior and various social ills, it called for the prohibition of the “manufacture, sale, or transportation of intoxicating liquor” in the United States.

Tens of millions of Americans thought Prohibition would be a cure for the nation’s poverty, crime, and violence.  Evangelist Billy Sunday held a mock funeral for alcohol stating that “the reign of tears is over…we will turn our prisons into factories and our jails into storehouses and corncribs.”  Americans were so convinced that alcohol was the cause of almost all crime that some communities even sold their jails! 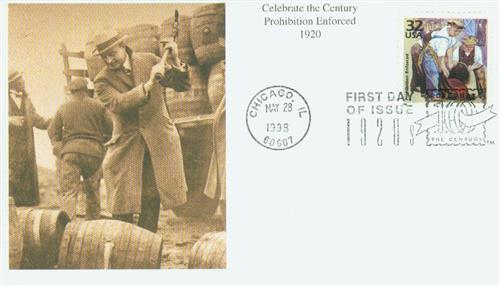 The facts turned out to be much different from the hopes and dreams, however.  Prohibition actually led to an increase in crime, and the organization of crime.  It was a time when many citizens broke the law, and as crime increased, the courts and prison systems were stretched to breaking.  Instead of reducing prison populations, as was hoped by those who supported Prohibition, the Federal expenses for prisons increased 1,000%. Worst of all, many found it easier to turn to substances like opium, cocaine, and other dangerous drugs for relaxation, starting yet another problem. 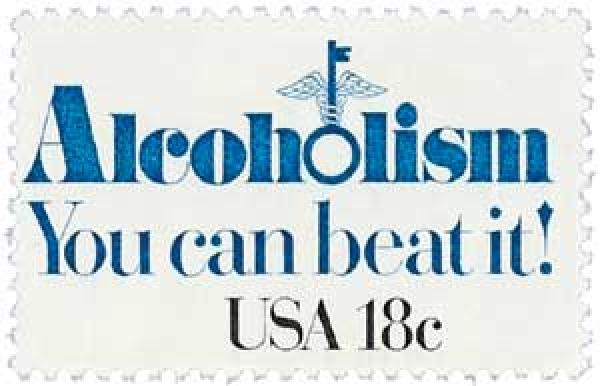 U.S. #1927 was controversial – many feared the recipient of a letter with this stamp would take it as a sign the sender questioned their drinking habits.

This crime wave was most evident in cities such as Chicago, where illegal bars, called “speakeasies,” were a common sight. These bars were often protected by corrupt police officers, and thus patrons had little fear of being punished for their actions.  Chicago’s huge boom in organized crime was led by Al Capone. Capone was the leader of a $60-million-a-year illegal liquor ring. This running of alcohol was often punctuated by violence. The most striking example of this was the St. Valentine’s Day Massacre of 1929, when four members of Capone’s gang, disguised as police officers, shot down seven members of a rival gang. 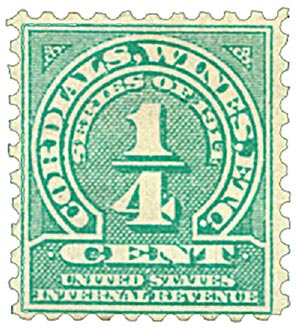 Because of these unintended results, public opinion began to change from prohibiting alcohol sales to legalizing them again.  In 1933, America was in the midst of the Great Depression and Franklin Roosevelt became President.  He knew the country needed immediate relief and a plan for recovery in the future.  FDR pledged to help the “forgotten man at the bottom of the economic pyramid.”  His plan was known as the New Deal, and he began implementing it as soon as he came to office. 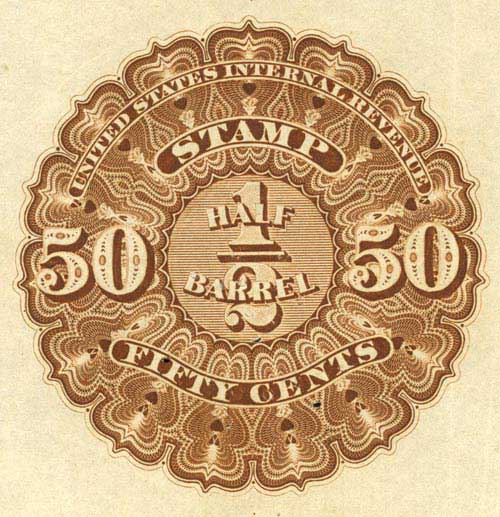 U.S. #REA4 – Beer stamps were first sold in 1866 to help pay the government recover from the Civil War.

On March 22, 1933, Roosevelt signed into law the Beer and Wine Revenue Act, which placed a Federal tax on alcohol.  He stated the law “was of the highest importance” as it would bring in needed tax dollars to help pay for the New Deal programs that were to help Americans during the Depression.

Just prior to this, in February 1933, Congress proposed the 21st Amendment, to repeal prohibition.  The issue was then sent to the states, which each held their own state ratifying conventions.  Michigan was the first state to ratify the amendment on April 10.  On December 5, 1933, Utah became the 36th state to ratify the 21st Amendment, securing the 3/4ths majority needed to pass it.  The repeal officially became effective 10 days later on December 15, but many people began openly drinking upon news of the ratification. 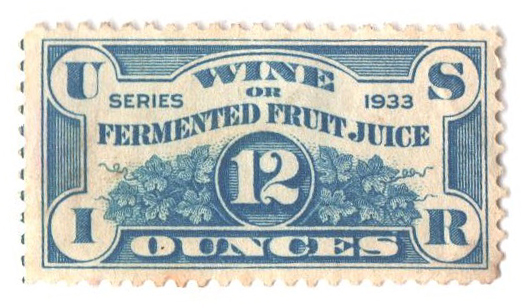 U.S. #REF4 – Fermented Juice stamp issued as a result of the Beer and Wine Revenue Act.

After this, states were given the authority to make their own laws concerning alcohol sales.  And the Federal government increased its revenue by taxing all types of alcohol.