Posted on December 7, 2017 by MysticStamp

On December 7, 1907, the first Christmas Seals went on sale.

In the early 1900s, tuberculosis was a major health concern in many areas of the world. In 1904, Danish postal clerk Einar Holbøll conceived the idea of adding an extra stamp to holiday mail to raise money to help sick children with tuberculosis. The idea was approved and Denmark issued the world’s first Christmas Seal that year, picturing Danish Queen Louise of Hesse-Hassel. 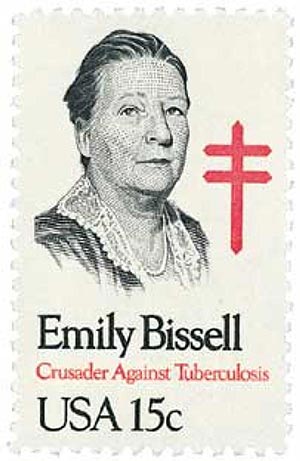 Over the next six years, the proceeds from this and more stamps helped to fund the Christmas Seal Sanatorium in Kolding, which opened in 1911. Other nations soon followed suit, with Sweden and Iceland issuing their own Christmas Seals. 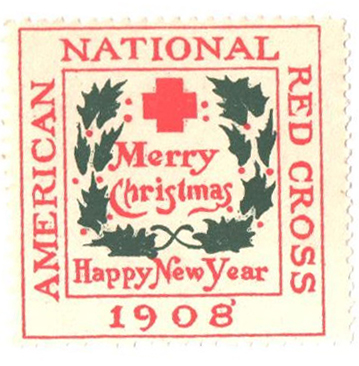 In America, Emily Bissell was the secretary of the Delaware Red Cross and was an active member of the American Lung Association. Bissell’s cousin, Dr. Joseph Wales, served at a Delaware tuberculosis sanitarium that was in danger of closing due to financial hardship. They needed to raise $300 or they would have to close their doors. Bissell had read about Denmark’s Christmas Seals and decided to introduce the idea in the United States.

Bissell designed the first U.S. Christmas Seals and arranged for them to be printed on credit. The 1¢ seals first went on sale at Delaware post offices on December 7, 1907. The seals raised $25 on the first day, but sales quickly slowed down. Bissell then contacted a Philadelphia newspaper, the North American, which began selling the seals in their lobby. They ran daily articles under the heading “Stamp Out Tuberculosis.” Soon, President Theodore Roosevelt learned of the campaign and offered his support, further bringing attention to it. By the end of the year, Christmas Seals had raised $3,000 – 10 times the amount of money needed to save the Sanitarium. 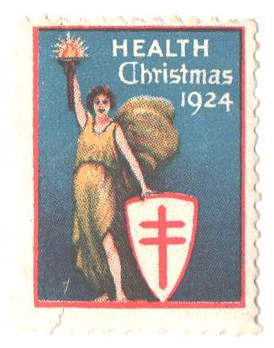 Based on the overwhelming response of that first year’s sales, Christmas Seals were sold on a national level the following year. In 1908, the U.S. printed millions of seals that raised $135,000. These funds were used to provide aid to more sanitariums and to fight tuberculosis. 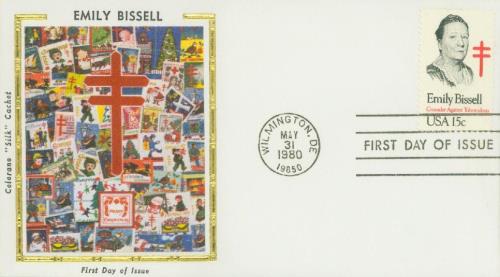 Click here to read about the 1941 attack on Pearl Harbor, which also occurred on this day in history.