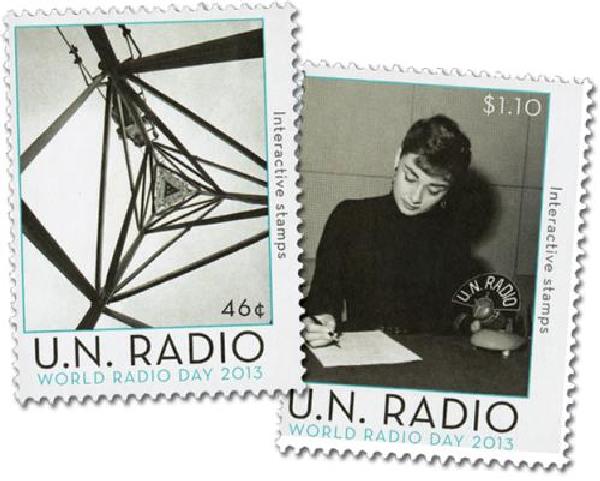 World Radio Day was established in 2011 to commemorate the creation of United Nations Radio on February 13, 1946.

Prior to UN Radio, the League of Nations “Radio Nations” began broadcasting in 1929.  It remained in operation for 10 years.

After the UN was founded in 1945, the General Assembly realized the need for their own radio broadcasts.  On February 13, 1946, the UN General Assembly passed a resolution establishing UN Radio.  The resolution stated that “the UN cannot achieve the purposes for which it was created unless the people of the world are fully informed of its aims and activities.” 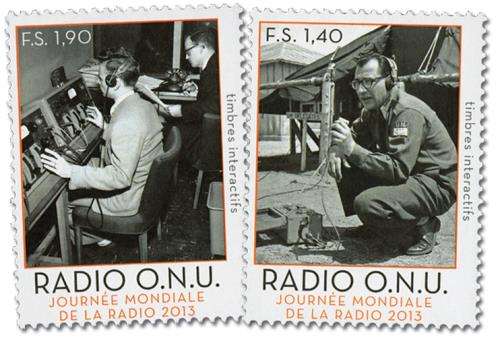 Later that year, the International Broadcasting Division of the United States Department of State started broadcasting meetings of the UN Security Council and Economic and Social Council around the world.  UN Radio also shared news bulletins and special programs in five languages for up to 12 hours every day.

Over the decades, UN Radio adapted to changing technology, so that it would always be able to deliver information around the world for free.  In recent years, they began broadcasting on the internet and established a call-to-listen program that allows users to call in to hear live audio from the General Assembly and Security Council.  In 2014, the UN released two mobile apps that also allow people to listen to UN Radio programs.  Several UN Radio special programs have won various awards over the years. 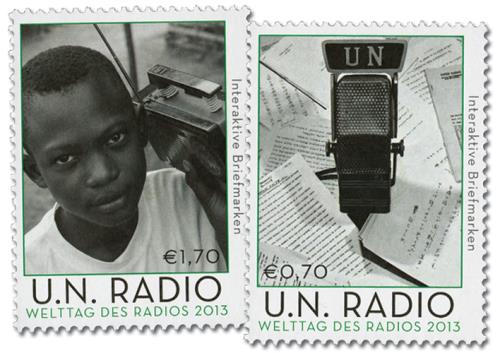 In 2011, the UN and the United Nations Educational, Scientific and Cultural Organization (UNESCO) approved the creation of World Radio Day.  They wanted to raise awareness of the importance of radio, to facilitate access to information, and to enhance networking among broadcasters.  Radio continues to be the most cost-effective method of bringing information to the people on a widespread scale.  It plays a vital role in emergency communication and disaster relief and is well suited to bring information to those most vulnerable.  Radio provides a public platform regardless of one’s background or education.

In celebration of World Radio Day 2013, the United Nations Postal Administration issued three pairs of stamps.  Each stamp design features a different image that captures an aspect of radio communication throughout history.  The stamps themselves boast an interactive feature allowing smartphone or tablet users to directly download and launch the UN Radio application.