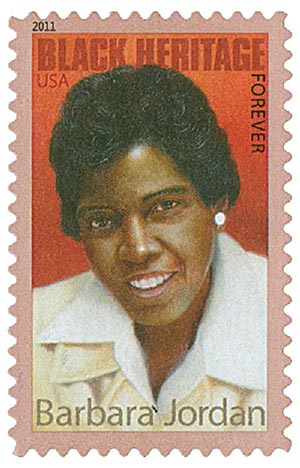 Barbara Charline Jordan was born on February 21, 1936, in Houston, Texas.

The youngest of three children, much of Jordan’s childhood was spent at church, where her mother was a teacher and her father a Baptist preacher. While she was in high school, Jordon attended a speech by Edith S. Sampson (a lawyer, judge, and the first black US delegate to the UN) that inspired her to become a lawyer. 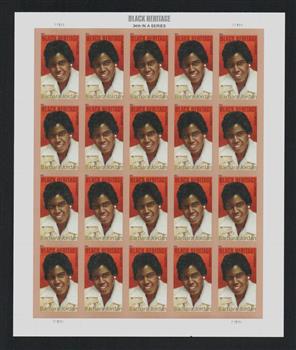 After graduating in 1959, Jordan taught political science at Tuskegee Institute in Alabama for a year. She then returned to Houston, passed the bar, and began practicing law. She ran for the Texas House of Representatives in 1962 and 1964 but lost both those races. Then in 1966, she became the first African-American woman elected to the Texas legislature. Jordan quickly gained acceptance from her 30 white male colleagues by sponsoring bills for Texas’ first minimum wage laws and antidiscrimination in business contracts. During her six years there, Jordan sponsored or co-sponsored about 70 bills.

By 1972, Jordan was the highest-ranking member of the Texas legislature and was the first African American woman to serve as president pro tempore of the state senate. She also served as acting governor of Texas for one day in 1972. That same year, Jordan broke new ground when she was elected to the US Congress – the first African-American woman to serve a southern state. She won by a landslide, capturing 81% of the vote. Jordan served for three terms, promoting civil rights for women and minorities. Lyndon B. Johnson was a significant supporter and helped her to get a position on the House Judiciary Committee. 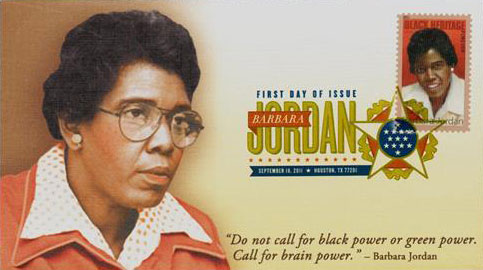 In 1974, Jordan gained national attention during the Watergate hearings. While giving a statement on the Articles of Impeachment, she said, “I am not going to sit here and be an idle spectator to the destruction of the Constitution.” Two years later, Jordan was considered as a potential running mate for presidential hopefully Jimmy Carter. Instead, she was selected to deliver the keynote address at the Democratic National Convention (DNC). She was the first African American woman to ever have this honor. The speech, addressing unity and equality, ranked number five in a national survey listing the top 100 speeches of the 20th century. And even though she wasn’t a candidate, she received one delegate vote for president at that convention. 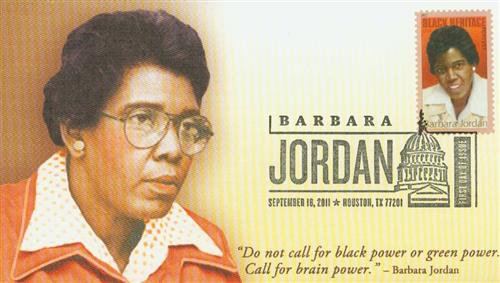 US #4565 – Fleetwood cover with standard postmark.

When Jordan retired from political life in 1979, she became a professor at the University of Texas. She was awarded 25 honorary doctorates from colleges around the country. In 1992, Jordan was again chosen to be the DNC’s keynote speaker. Although confined to a wheelchair, Barbara Jordan took the stage and proclaimed, “The American dream is not dead. It is gasping for breath, but it is not dead.” 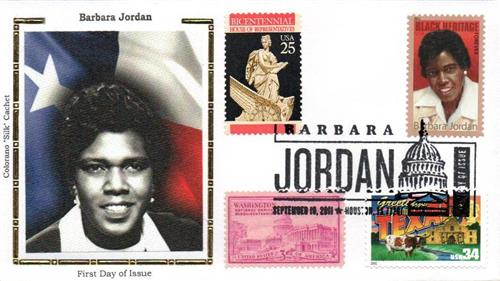 In 1993, the National Women’s Hall of Fame named Jordan one of the most influential American women of the 20th century. The following year, she chaired the US Commission on Immigration Reform, a post she held until her death. That same year, President Bill Clinton gave Jordan the Presidential Medal of Freedom and the NAACP gave her the Spingarn Medal. Jordan died two years later on January 17, 1996.