The USPS worked closely with the National Council of Teachers of English as well as business leaders and other prominent Americans to promote the week’s events.  Throughout the country letter writing displays were set up in museums, libraries, and other buildings of historical significance.  Libraries and bookstores also highlighted books about letters as well as letters written by famous people.

On February 25, the USPS held a special First Day of Issue Ceremony at the Library of Congress for the set of Letter Writing stamps.  These stamps represented an interesting first – the first sheet to carry sets of vertical pairs.  Each pair consisted of a small stamp reading, “P.S. Write Soon,’ accompanied by a stamp telling what letters do.  They were “Letters Preserve Memories,” “Letters Lift Spirits,” and “Letters Shape Opinions.” 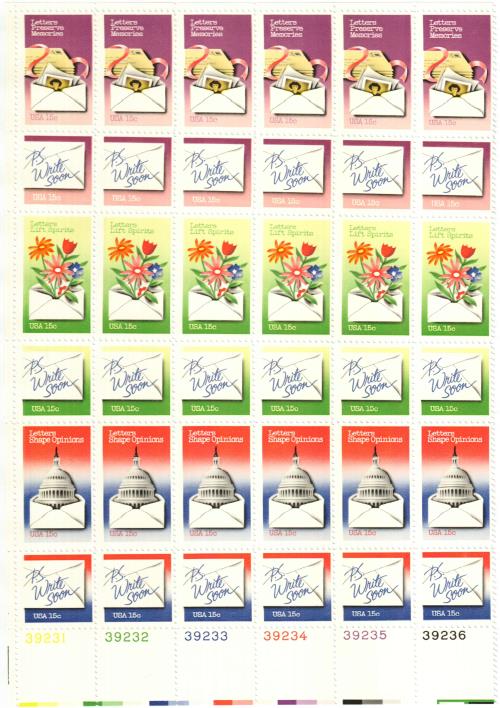 In addition to the festivities, the USPS worked with the National Council of Teachers of English to produce the 64-page booklet, All About Letters.  The booklets were distributed to students in grades six through 12 and included instructions on writing letters for a number of situations.  It also included articles by Stevie Wonder, Darryl Stingley, and “Dear Abby,” offering reasons to write letters and postcards. 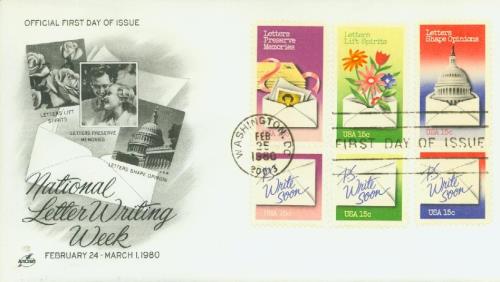 The booklet also included addresses for pen pal organizations as well as celebrities. There were address abbreviations, explanations of the ZIP code, and a guide to postal services and products including the classes of mail, the speed of delivery of different types of mail, how to send valuables, and more. 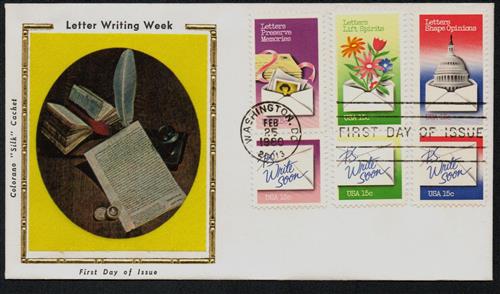 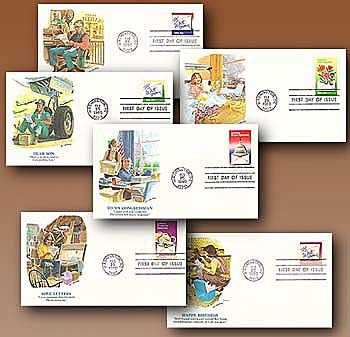 Click here to read the USPS book All About Letters.