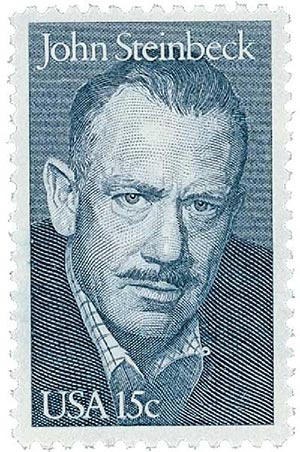 US #1773 was issued on Steinbeck’s 77th birthday. Click image to order.

Start of the Literary Arts Series

Leading up to 1979, the USPS began considering a new stamp series to honor American writers.  After receiving over 1,500 suggestions, they selected John Steinbeck to be the first honoree in what would become a long-running series.

The stamps were issued on what would have been Steinbeck’s 77th birthday – February 27, 1979.  They were issued at the John Steinbeck Public Library in Salinas, California.  The stamp image was based on a photo taken in the 1940s by Philippe Halsman.  A total of 155 million Steinbeck stamps were produced.  In talking about the new series, the USPS said, “These skillful wordsmiths spun our favorite tales — and American history along with them.” 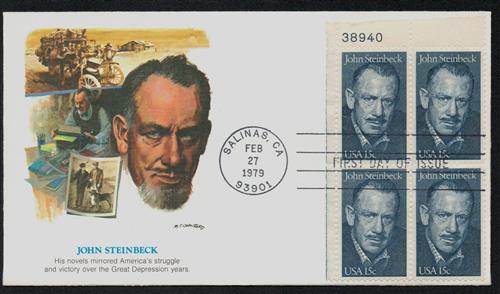 The Literary Arts Series continued in 1980 with a stamp honoring Edith Wharton, who received a Pulitzer Prize for her book, The Age of Innocence.  The first several issues in the series followed a similar design format as the Steinbeck issue.  They were vertically oriented with the author’s name across the top and the denomination on the bottom.

The 1990 stamp featuring Marianne Moore was the first in the series to include additional biographical information.  Her stamp included the phrase “American Poet” as well as the years of her birth and death, 1887-1972. 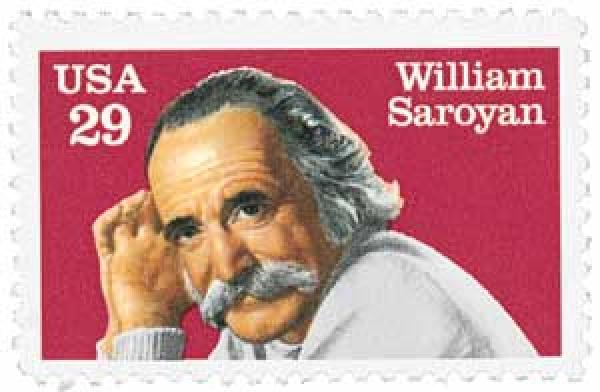 US #2538 was based on a photo by Paul Kalinian.  Click image to order.

In 1991, the William Saroyan stamp was the first in the series to feature a horizontal design.  That stamp was also part of a joint issue with the Soviet Union.  On the same day, the stamps were issued in Fresno, California, and Saroyan’s birthplace, Yerevan, Armenia (which was a republic of the Soviet Union at the time). 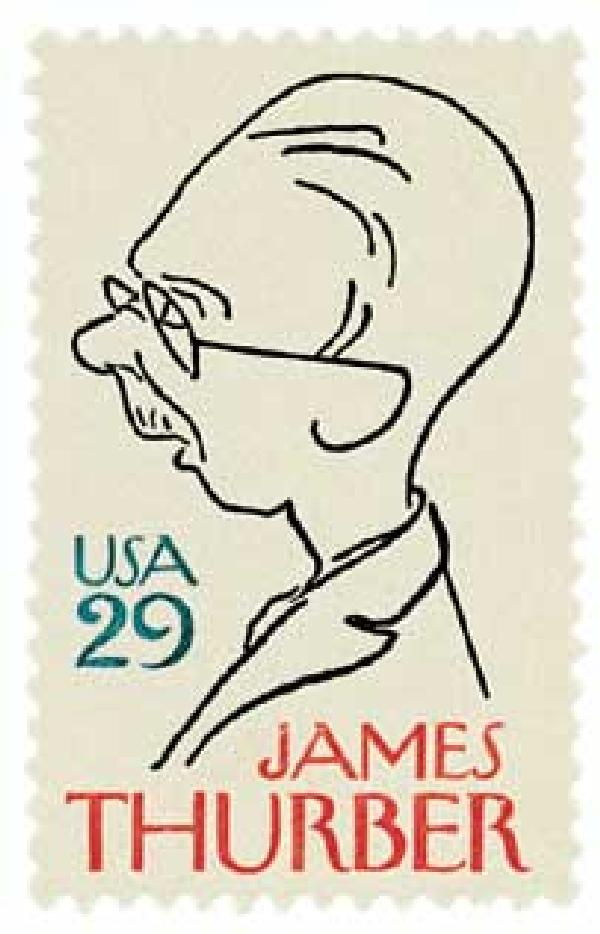 The design of the 1994 James Thurber stamp was also quite different from previous issues.  While all of the previous stamps in the series were intricate paintings or engravings or were based on photos, Thurber’s portrait was a simple line drawing.  This was because it was one of Thurber’s own self-portraits, which was used at his daughter’s request. 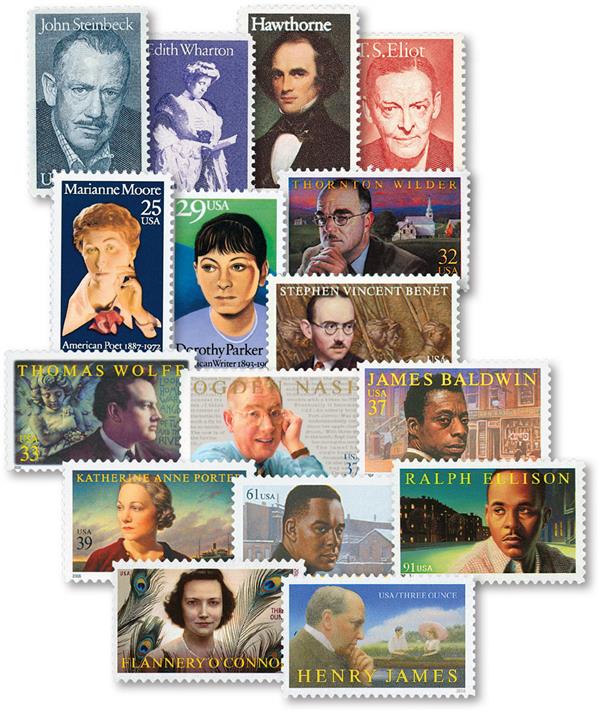 In 2016, the USPS issued the 31st stamp in the series honoring Henry James.  The series will resume later this year with the issue of a Walt Whitman stamp honoring his 200th birthday.

Click here to read more about each of the honorees in the Literary Arts Series and to order the individual stamps you need.