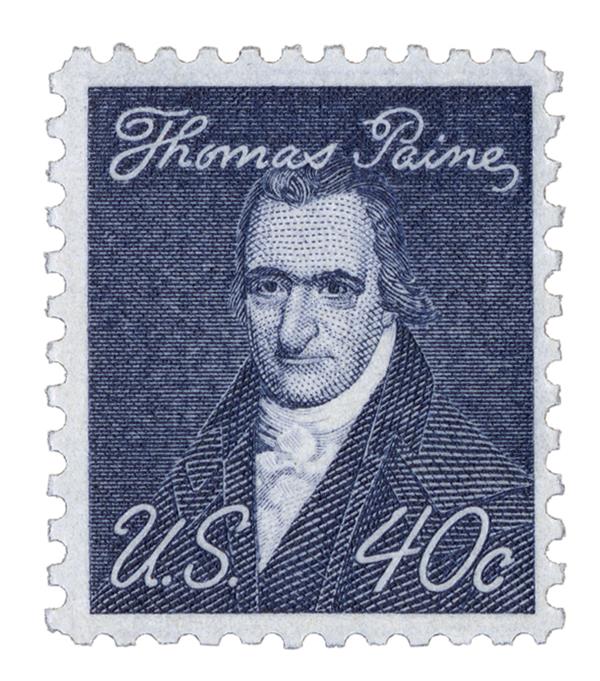 U.S. #1292 from the Prominent Americans series.

Common Sense was written by Englishman Thomas Paine, who was born in Thetford, Norfolk, England, on February 9, 1737. Paine worked as a stay-maker (creating the rope stays used on sailing ships), customs and excise officer, tobacco shop owner, and teacher. 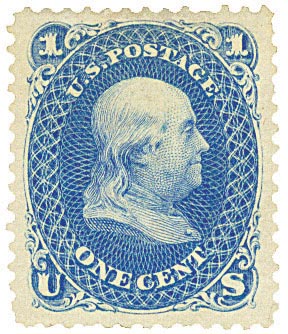 In 1774, Paine moved to London where a fellow excise officer introduced him to Benjamin Franklin. Franklin suggested he move to British colonial America and offered him a letter of recommendation. Paine did and arrived in Philadelphia in November 1774. He later recalled his early impressions, saying that he “found the disposition of the people such, that they might have been led by a thread and governed by a reed. Their attachment to Britain was obstinate, and it was, at that time, a kind of treason to speak against it. Their ideas of grievance operated without resentment, and their single object was reconciliation.”

In early 1775, Paine began working as editor of the Pennsylvania Magazine. Later that year, he began writing Common Sense, under the working title Plain Truth. Initially, Paine planned to publish his ideas as a series of letters in different Philadelphia newspapers, but it became too large of a project. Unsure of what to do, Paine consulted Benjamin Rush, who suggested he take his pamphlet to published Robert Bell to print. Rush knew that some printers might take issue with the revolutionary ideas, but that Bell wouldn’t give him any issues. In fact Bell was excited by the pamphlet and published it happily. He also promoted it in several Philadelphia newspapers. 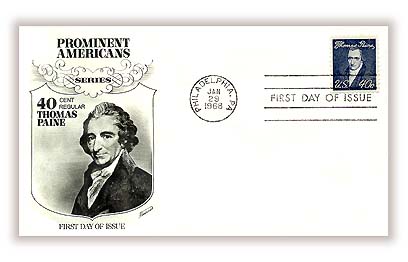 Published on January 10, 1776, Common Sense was an instant success. Written in plain language, the pamphlet explained the importance of independence from Great Britain. General Washington had it read to his troops in Boston, and it was also read in taverns and public meeting places. Many colonists who had been undecided about independence were convinced to get behind the cause after reading the pamphlet. Common Sense was so influential that John Adams said, “Without the pen of the author of Common Sense, the sword of Washington would have been raised in vain.” 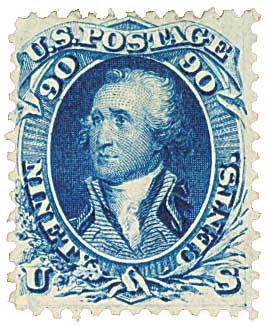 U.S. #72 – The highest denomination stamp issued during the Civil War.

Based on the pamphlet’s success, Bell was ready to publish another edition, but Paine wanted to make some additions. Bell didn’t want to wait so he published the pamphlet again, while Paine went to another printer to produce a new edition with additional sections. There are different accounts as to just how many copies of the pamphlet were sold, ranging from 100,000 to 500,000 in the first year alone. Given the population in the colonies at the time (about 2.5 million people), Common Sense had the largest circulation of a book published in America. It’s still in print today and is one of America’s best-selling titles.

Paine served as a soldier in 1776, and in April 1777, became secretary to the Congressional Committee of Foreign Affairs. He went on to champion liberty and reform in England, which earned him the charge of treason. Paine was departing from the country as the charges were filed, and then participated in the French Revolution, which earned him 10 months in prison. Paine returned to the United States in 1802, and died in New Rochelle, New York. 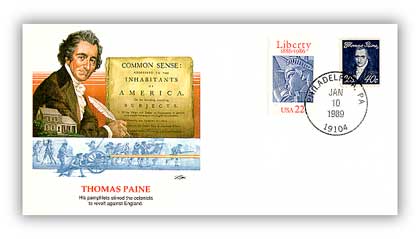