Birth of John A. Lejeune 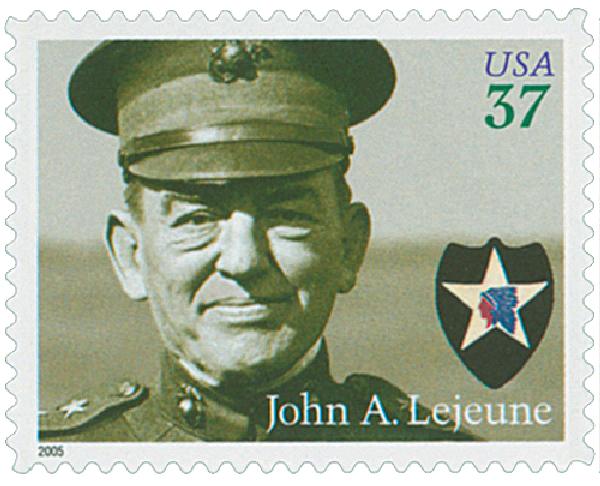 US #3961 from the Distinguished Marines issue. Click the image to order.

Lejeune was the son of a Confederate Army Captain.  He graduated second in his class from the US Naval Academy in 1888 before completing a two-year cruise as a midshipman.  Lejeune was then appointed to Naval Engineering but wanted to join the Marines. 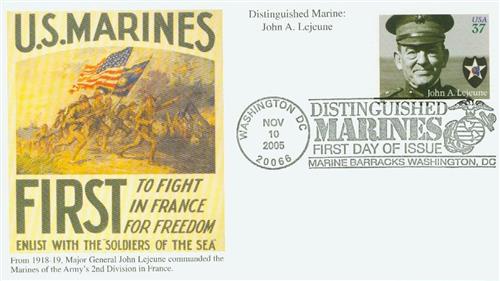 Eventually, Lejeune contacted his senator who helped him get an appointment with the Marine Corps on July 25, 1890.  Lejeune served as a young officer during the 1898 Spanish-American War, taking command of Marine Guard aboard the USS Cincinnati.  He fought in campaigns in Panama, Cuba, and the Dominican Republic, and he participated in the occupations of Veracruz, Mexico, and Nicaragua.  Lejeune also led a 30-man landing party in Puerto Rico that covered the withdrawal of US Navy bluejackets after the Battle of Fajardo. 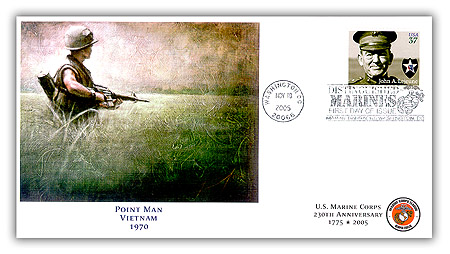 Lejeune spent the next several years in command duties in Panama, the Philippines, and Cuba.  He participated in the occupation of Veracruz in 1914 before being made Assistant Commandant of the Marine Corps.

During World War I, Lejeune received the Legion of Honor and the Croix de Guerre from the French and Distinguished Service Medals from the US Army and the Navy.  He was the second Marine general to command an Army division – leading the US Army 2nd Division at the Battle of St. Mihiel. 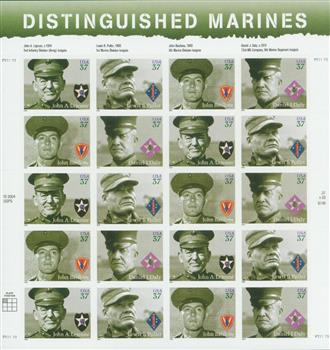 Lejeune once described his philosophy: “The key to combat effectiveness is unity – an esprit that characterizes itself in complete, irrevocable, mutual trust.  Now my infantry trusts my artillery and engineers, and my artillery and engineers know this so they will go through hell itself before they let down the infantry.  My infantry believe that with such support they are invincible-and they are.”

On July 1, 1920, Lejeune was promoted to major general and made Commandant of the Marine Corps.  Lejeune was determined to make the Marine Corps into an important amphibious force for expeditionary use by the Navy.  As commandant, he emphasized equipping and training the Marines to be instantly ready to support the naval fleet in time of war, in the air, on land, and sea. 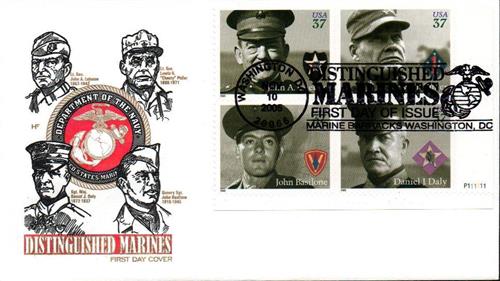 In 1923, Lejeune helped found the US Marine Corps League, the only Marine veteran organization to receive a Congressional Charter.  After serving with the Marines for nearly 40 years, Lejeune retired in 1929.  He then served as superintendent of the Virginia Military Institute until 1937.  Following Hitler’s invasion of Poland in 1939, Lejeune wrote to the then-current commandant of the Marines offering his services, but they were politely declined due to his age.

Lejeune, often called “the greatest of all leathernecks,” died on November 20, 1942.  Camp Lejeune, North Carolina, is named in his honor.