U.S. #3188g from the Celebrate the Century series.

On January 12, 1962, American forces participated in their first major combat of the Vietnam War – Operation Chopper.

When Vietnam gained its independence from France, the country was divided into North Vietnam – supported by communist countries, and South Vietnam – aided by the United States.

The communist Viet Cong (National Liberation Front or NLF) was fighting guerilla warfare in the south. In an effort to stop the spread of communism, President Dwight Eisenhower sent a Military Assistance Advisory Group to South Vietnam in November of 1955. Their task was to train the Army of the Republic of Vietnam (ARVN). 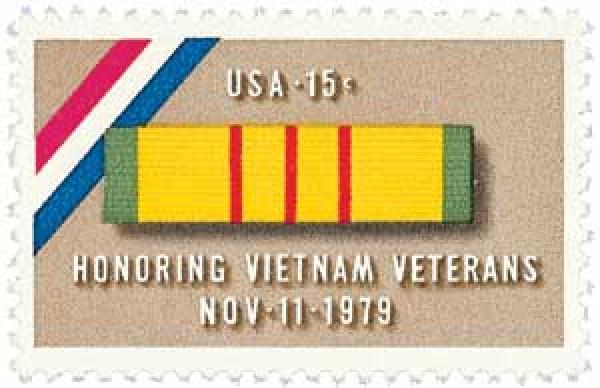 U.S. #1802 was issued on Veteran’s Day in 1979 and pictures the ribbon of the Vietnam Service Medal. 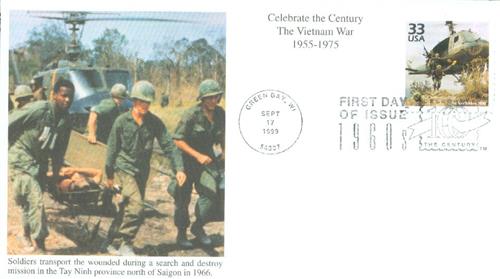 On January 12, 1962, Operation Chopper was implemented. The H-21C helicopters were used to transport 1,000 South Vietnamese paratroopers to an enemy stronghold just 10 miles west of Saigon. Transporting troops by air was a new tactic, and surprised the enemy, who quickly retreated into the dense forest. The operation was a victory for the Americans and South Vietnamese, who captured an important underground radio transmitter. However, it also provided the North Vietnamese with new combat experience they would use later in the war against U.S. troops.

The mission marked a new era of combat for the United States in the Vietnam War. By 1963, there were 16,000 U.S. troops in the country, and that number increased dramatically as the war progressed. The Vietnam War has been called America’s first helicopter war. Helicopters were used extensively to transport troops into the jungle, quickly evacuate the wounded, and support ground troops with firepower. 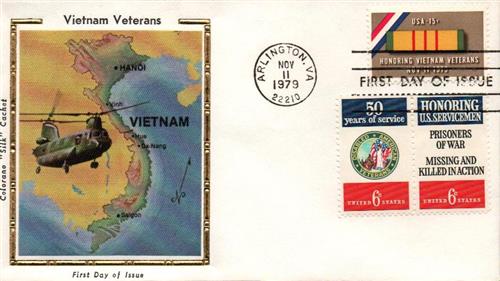 Over time, the Viet Cong became skilled at attacking the choppers as they landed, but air mobility remained an important strategy for the U.S. throughout the war and in conflicts that followed.