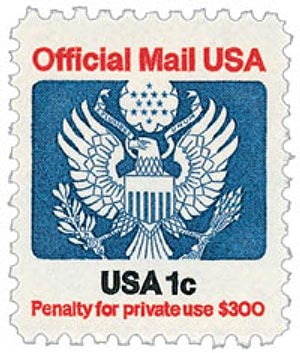 The roots of Official stamps stretch back nearly 200 years.  In 1791, Congress met and passed an act establishing post offices and routes in the United States. One of the clauses of the act allowed for franking privileges. 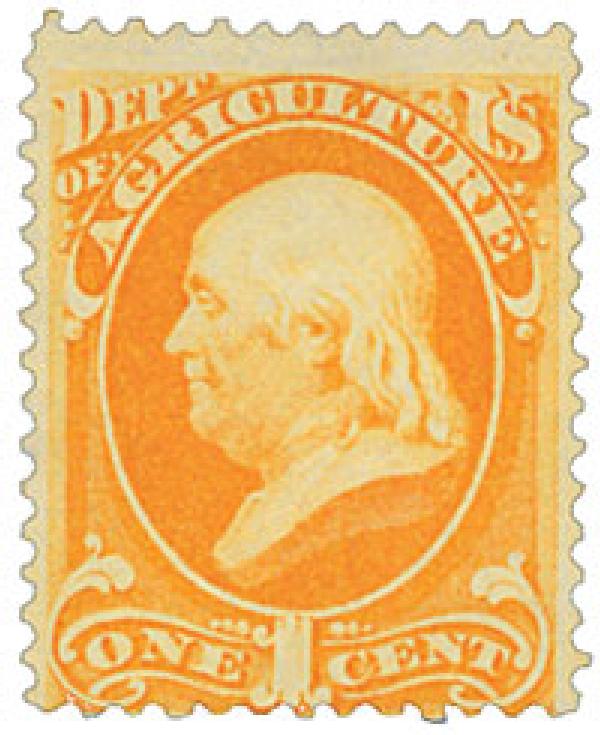 US #O1 – The first Official Mail stamp. Click the image to order.

Franking allowed members of the government to send mail for free if for government purposes.  From time to time, the law was changed and more and more people were added.  What began as a privilege soon became abused.

With every change of the law, more people were added to the list of those who had franking privileges.  In an 1869 report, Postmaster General John Creswell noted that 31,933 people were then permitted to send mail for free.  That meant a $5,000,000 yearly expense for the Federal government!

Abuses ranged from using franking to send laundry to the cleaners, to more serious complaints surrounding elections.  Incumbent congressmen were able to send vast amounts of campaign material through the mail for free, giving them a sizable advantage over challengers.  One legend also tells of a senator who sent his horse home to Pittsburgh, Pennsylvania, by franking its bridle! 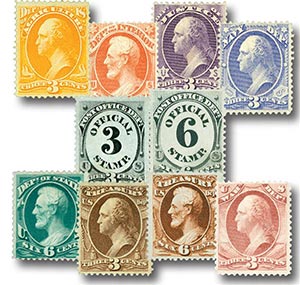 Creswell finally won the power to abolish free franking in January 1873.  Five weeks later, Congress passed legislation approving a new system for government mail, in which offices were issued special stamps for their use.  These quickly were called “Official Mail” because their use was strictly limited to government mail.  They also quickly became unpopular with congressmen, who complained loudly about the burden of mailing costs. 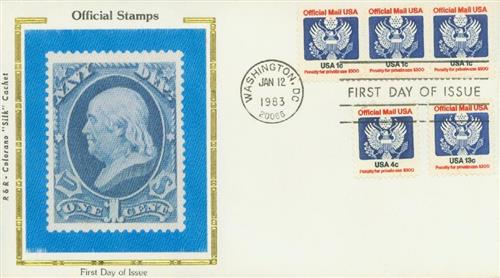 In spite of the complaints, the franking privileges officially ended on July 1, 1873, the day Official stamps were then required on all government mail.  Each department was issued its own set of stamps.  Many of the designs were taken from the current series of regular postage stamps being printed at that time – the so-called “Bank Note Issues.”  The department names were inscribed on the stamps instead of the usual “US Postage” and each set was printed in its own distinct color.  Only the Post Office Department had its own unique design – a numeral in an oval frame. 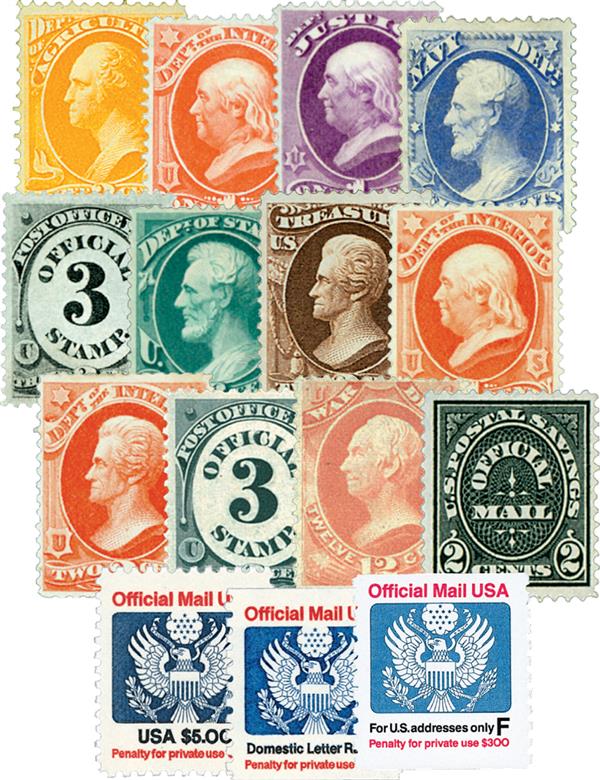 US #O3//O144 – Collection of Officials from all eras. Click the image to order.

In 1877, a new law attached a $300 penalty for the use of Official stamps on personal mail.  However, that same act also restored a limited franking privilege, and the effects were quickly noticed.  Revenue from official stamps dropped from over $1.1 million to $370,000 – in one year.

In 1884, the Officials were declared obsolete and were replaced with the “penalty” envelope.  These envelopes were imprinted with an official emblem and carried a warning against unauthorized use by private individuals.

Official Mail stamps made a brief return in 1910.  Over the course of two years, six Postal Savings Official stamps were issued for government use concerning the Postal Savings program.  However, those stamps were only in use for four years. 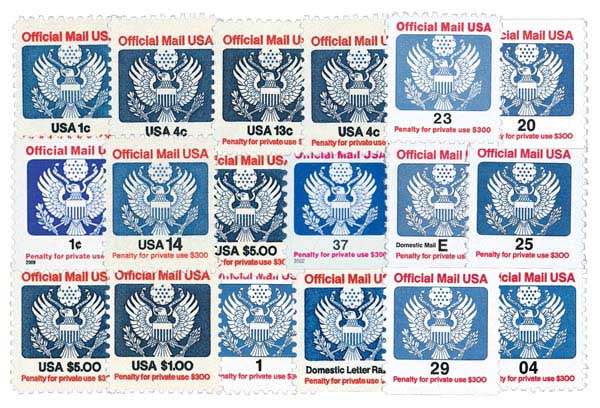 Many may have expected that to be the end of US Officials.  However, in 1983, the issue of government postage accountability became an issue once again.  As a result, the USPS issued six new stamps on January 12, 1983.  The new stamps weren’t department-specific and didn’t duplicate previous designs.  Instead, they pictured the Great Seal of the United States.  They also included the words, “Penalty for private use $300.”  The USPS continued to issue Official Mail stamps until 2009.