U.S. #226 from the last issue printed by the American Bank Note Company for 50 years.

Webster grew up on his parents’ farm before attending Dartmouth College. After graduating, he was apprenticed to a lawyer before working as a teacher to help his brother. He eventually returned to his apprenticeship before moving to Boston where he was admitted to the bar.

In the coming years Webster became a respected lawyer while also building an interest in politics. He frequently spoke out in support of Federalist causes and candidates. After America entered the War of 1812, Webster gave a speech criticizing the conflict that brought him widespread fame and ultimately a seat in the House of Representatives. In that role he spoke out against President James Madison, supported a specie-based national bank, and opposed the tariff of 1816. 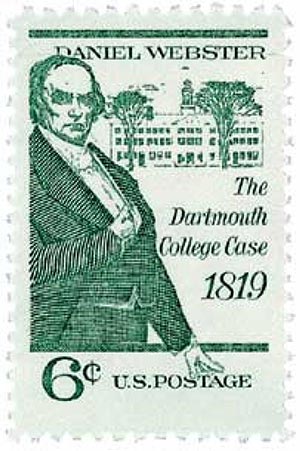 U.S. #1380 was issued for the 150th anniversary of the Dartmouth College Case.

Webster left this position after two terms to return to practicing law. He became one of the most important lawyers of his time – winning about half of the 223 cases he argued before the Supreme Court. Of those, about eight cases are considered some of the most constitutionally significant of the era. One of the most notable was the case of Dartmouth College v. Woodward, which led to time limits and other provisions being added to school charters. 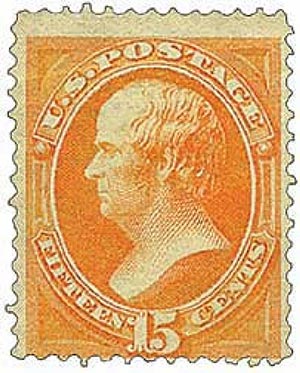 U.S. #141 from the Bank Note series, issued to replace the then-unpopular Pictorials.

Webster eventually returned to politics with his 1820 election to the Massachusetts Constitutional Convention. He then served as chairman of the Judiciary Committee and Massachusetts Senator. In 1839, the Whig party offered him the vice presidency under candidate William Henry Harrison, but he declined. After Harrison’s election to the presidency in 1840, he appointed Webster Secretary of State, a position he continued under President John Tyler, following Harrison’s death in 1841. 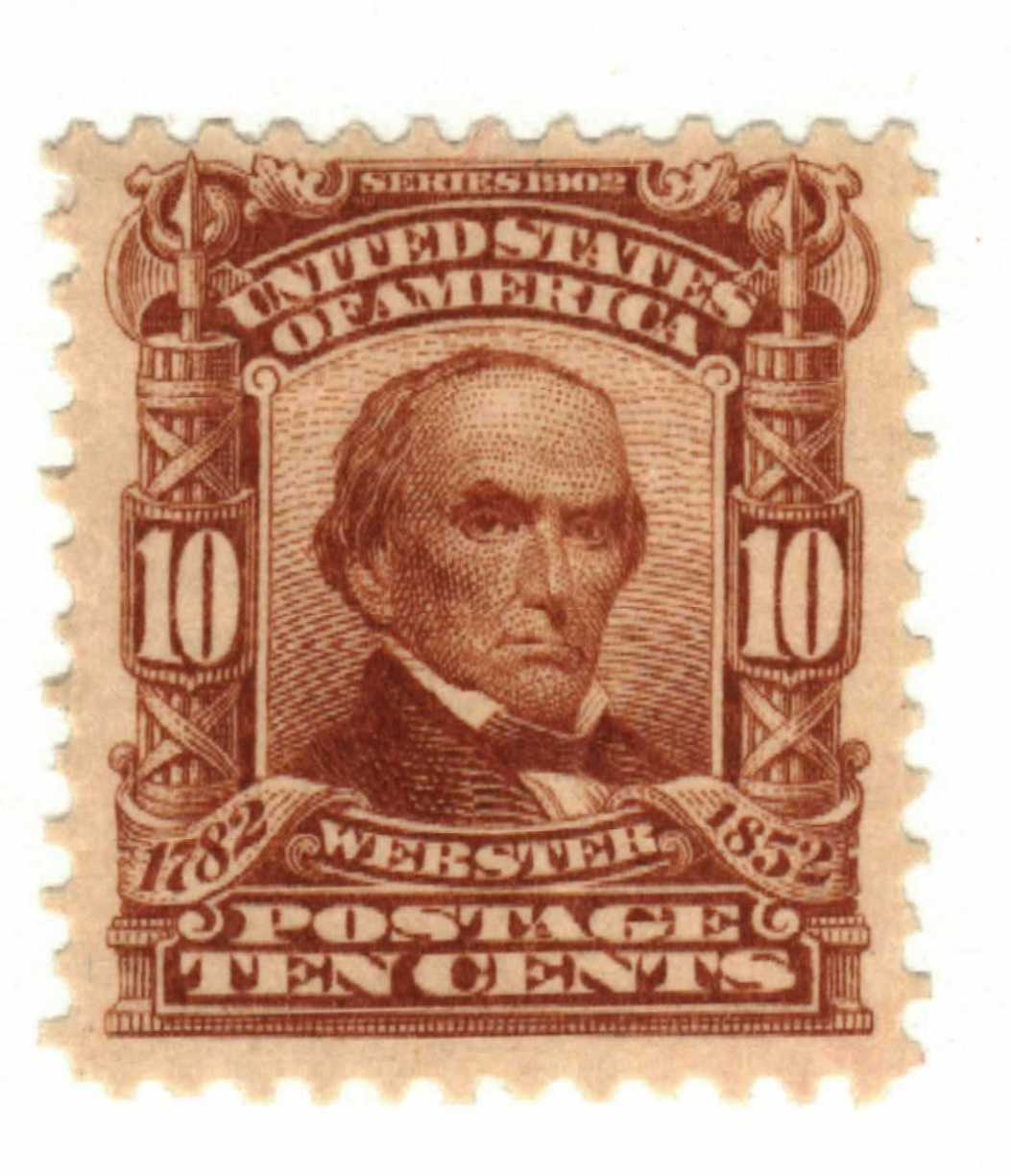 U.S. #307 – Webster’s portrait is flanked by lateral fasces (bundles of rods containing an axe which were carried before Roman judges).

As Secretary of State under Tyler, Webster met with Lord Alexander Ashburton to negotiate a peaceful resolution to the border dispute between the U.S. and Canada. Signed in 1842, the Webster-Ashburton Treaty officially established the border between the U.S. state of Maine and the Canadian province of New Brunswick. The treaty also brought an end to the slave trade over the ocean and set terms for shared use of the Great Lakes. 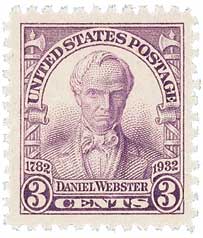 Webster left his post as Secretary of State in 1843 due to pressure from the Whig party. He was then re-elected to the Senate where he opposed annexing Texas and the Mexican-American War. Webster hoped to win the nomination for president in 1848, but lost to Zachary Taylor. Taylor offered him the role of Vice President, but he declined. Taylor later died just 16 months into his term, so had Webster accepted, he would have become president. 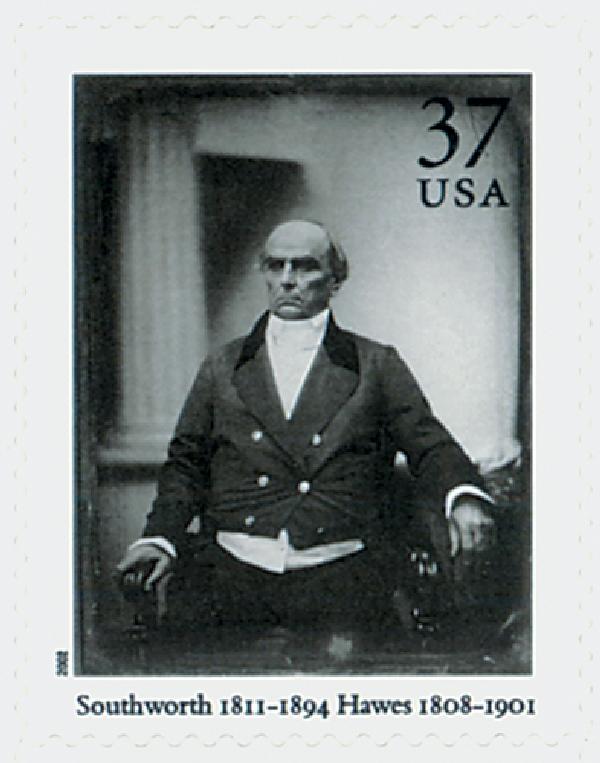 U.S. #3649a from the Masters of American Photography set.

President Taylor encouraged California’s statehood. But the admittance of California would disrupt the balance of slave vs. non-slave states in the Union, and there was bitter opposition from the South. Webster, along with Henry Clay and John C. Calhoun, came up with the Compromise of 1850, which included admitting California as a free state. President Taylor was against the Compromise, but as the legislation was passing through Congress, he suddenly died. His successor, Millard Fillmore, signed the Compromise and California became the 31st state. Fillmore also made Webster his Secretary of State, making him one of only two people to serve in that position under three different Presidents. During this term, Webster worked to uphold the Compromise of 1850, particularly the Fugitive Slave Law, and pushed to open commercial relations with Japan.

Webster ran for president one more time but died shortly before the election on October 24, 1852. A century later he was selected as one of America’s five greatest senators.