Posted on January 2, 2016 by MysticStamp

U.S. #983 pictures a rural farmer with a wheel representing industry and a ballot box.

Puerto Rico had been governed by Spain for more than three centuries before it was annexed to the United States in 1898.  For the next fifty years, its governor was appointed by America’s President.  In 1946, President Harry S. Truman appointed the island’s first full-time Puerto Rican governor –  Jesús T. Piñero.

U.S. #801 pictures La Fortaleza (the Fortress), which has served as the governor’s residence since the 1500s.

However, twice previously a Puerto Rican had temporarily served as governor.  The first time was in 1579, when Juan Ponce de León II, the grandson of explorer Ponce de León, served as interim governor until the arrival of Spanish Governor Jerónimo De Aguero Campuzano.  Also, in 1923, Juan Bernardo Huyke temporarily held the position in between the administrations of Americans Emmet Montgomery Reily and Horace Mann Towner.

U.S. #2173 – Marín is regarded the “Father of Modern Puerto Rico” and the “Architect of the Commonwealth.”

Then, in 1947, the United States Congress passed the Elective Governors Act, allowing Puerto Rico to elect its own governor.  On November 2, 1947, the first elections for governor of Puerto Rico were held.  Luis Muñoz Marín, a member of the Popular Democratic Party, emerged victorious, with 61.2% of the vote.

Marín first became involved in politics in the 1930s.  As a member of the Puerto Rican Senate, he supported industrialization and agricultural reform. As president of the senate, Marín helped form Operation Bootstrap, which encouraged investment in manufacturing plants and job training for those in poverty.  During his campaign for governor, Marín claimed, “Don’t trust politicians, even me. If you want to sell your vote, go ahead: it’s a free country.  But make up your minds that you can’t have justice and the $2.00.”

U.S. #4318 – Click this stamp image to read the dramatic story behind the flag of Puerto Rico.

On January 2, 1949, Marin was sworn in as Puerto Rico’s first independently elected governor, a position he held until 1965.  Under his leadership, Puerto Rico was given greater autonomy from the U.S., and also adopted a constitution.  After serving five terms, supporters wanted Muñoz Marín to run again.  He declined, saying “I am not your strength… You are your own strength.”  The former governor was praised by world leaders for the advances his country made under his leadership.  Time magazine called Muñoz Marín “one of the most influential politicians in recent times, whose works will be remembered for years to come.” 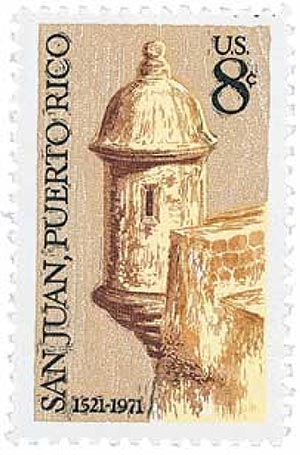 Puerto Rico became a Commonwealth of the United States in 1952, and Congress approved the first Constitution of Puerto Rico.  It listed rules on how Puerto Rico’s governors could be elected, including one that states if the margin of victory is less than half a percent, then a full recount must occur.  This happened in 1980 and 2004. 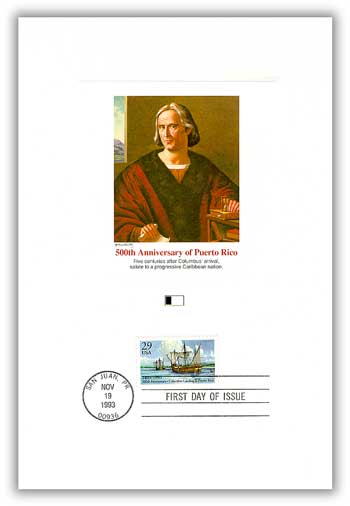 Sila Calderón became the first woman to be elected Governor of Puerto Rico when she won the 2000 election.  She served from 2001-2005.  Calderón previously served as mayor of San Juan from 1997-2001.