On January 28, 1915, the Revenue Cutter Service and United States Life-Saving Service were merged to form the U.S. Coast Guard.

The U.S. Coast Guard traces its roots back over 225 years to the Revenue Cutter Service.  Both before and after the American Revolutionary War, smuggling, shipping control, pirating, and revenue imbalance were issues along the American coast. 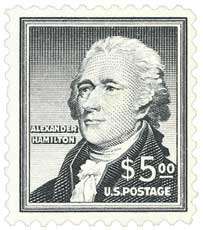 So in 1790, Secretary of the Treasury Alexander Hamilton suggested the formation of a naval police force to patrol American waters.  President George Washington  and Congress approved of the idea and passed the Tariff Act, establishing the Revenue Cutter Service on August 4, 1790.  The act called for 10 well-equipped cutters and the recruitment of 100 revenue officers.  With the Continental Navy disbanded that same year, the Revenue Cutter Service was America’s only armed presence in the water.

In addition to patrolling the water, the Revenue Cutter Service helped customs seize contraband, control tariffs, and protect merchant marines.  In 1794, the service was tasked with ending the slave trade.  It’s been estimated that over the course of 70 years, they captured about 500 slave ships. 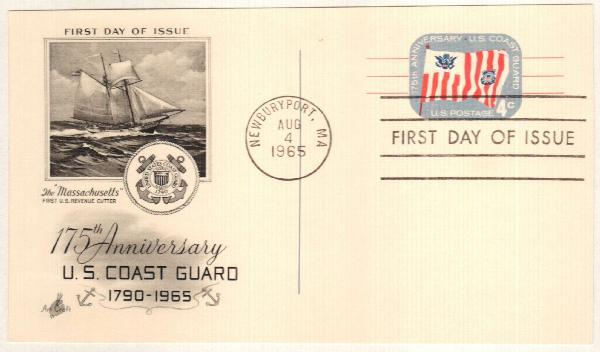 The service also participated in several early American wars, including the Quasi-War with France, the War of 1812, and the Mexican-American War.  In 1808, the service began enforcing President Jefferson’s embargo, which closed American ports to European trade.  And in 1822, the service began a long history of environmental protection when they were ordered to protect government woods from poachers. 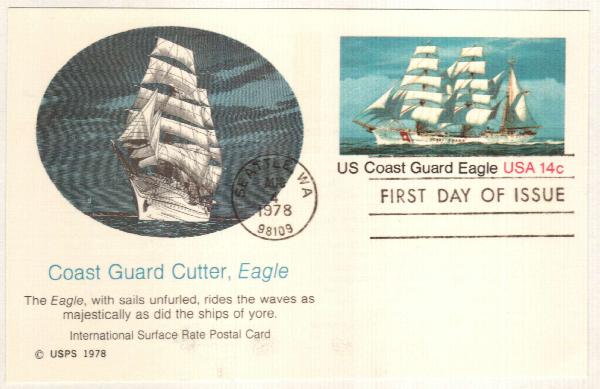 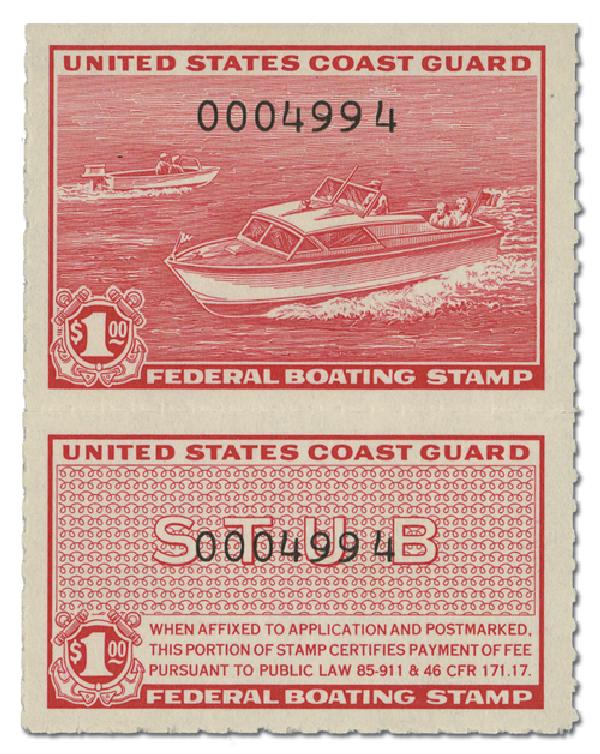 In the 1880s and 90s, the service played a major role in the development of Alaska.  They brought in reindeer to provide a steady food source, and then joined the Overland Relief Expedition to rescue trapped whalers.  The men of the Cutter Service also helped bring unlucky miners home from Alaska when they failed to find gold in the Snake River.

U.S. #5008a pictures the cutter Eagle and an MH-65 Dolphin helicopter.

Then, on January 28, 1915, Congress and President Woodrow Wilson passed an act creating the U.S. Coast Guard.  The U.S.C.G. combined the Revenue Cutter Service with the U.S. Life-Saving Service, a network of over 270 coastal rescue stations founded in 1848.

Part of the legislation included that the Coast Guard would form part of the U.S. military.  In time of war, the Coast Guard became part of the U.S. Navy.  The new service first saw conflict only two years later, during World War I, and has participated in every U.S. war since.  They also absorbed the U.S. Lighthouse Service in 1939, extending their protective reach of our coasts.