Posted on January 8, 2017 by MysticStamp 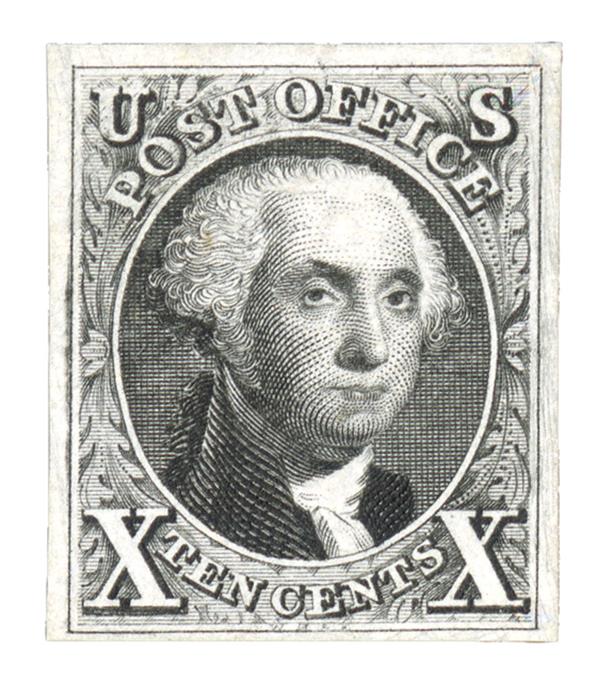 Part of the U.S. Constitution, Article II, Section 3, Clause 1, states that the president “shall from time to time give to the Congress Information of the State of the Union, and recommend to their Consideration such Measures as he shall judge necessary and expedient.” 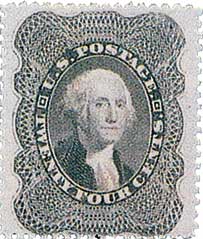 While the State of the Union address is a regular and expected part of presidencies today, at the time it was an important event. The Constitution was still relatively new, and our government and citizens were learning how to interpret and live by it. So by giving this address, President Washington was fulfilling one of his duties and setting an example for Americans and future presidents alike.

U.S. #65 was issued for use during the Civil War, after previous stamps were demonetized to prevent Southern use.

The importance of his role as America’s first president was not lost on Washington. He knew that his actions would be the model for future presidents. He thought it important to clearly show the difference between a president and a king.

Washington delivered his first inaugural address on April 30, 1789. In that speech, he didn’t make any significant recommendations, but asked for everyone to cooperate to guarantee their success as a new government. Then nine months later, on January 8, 1790, Washington delivered his first Annual Message to a Joint Session Congress (more commonly known today as a State of the Union Address). In this speech, Washington was cautious to not make direct demands, to avoid appearing like a monarch. Instead, he offered specific goals while providing encouragement to his listeners.

Washington began his speech by congratulating the Senate and House on North Carolina’s recent addition to the Union. His next point, which he considered especially important, was the formation of a standing army. While the idea was somewhat controversial at the time, Washington insisted, that “providing for the common defence will merit particular regard. To be prepared for war is one of the most effectual means of preserving peace.” 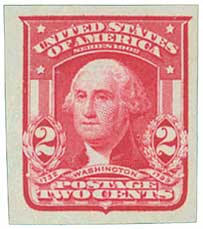 U.S. #320 – Click the stamp image to read the interesting story behind this 1906 Washington issue!

President Washington then shared what he considered to be some of the new nation’s greatest challenges. He suggested that Congress make further attempts to protect America in foreign affairs. Washington also brought attention to the issues of immigration, establishing a national currency and system of weights and measures, as well as post office and educational systems. His final points concerned public credit and the repayment of public debt. 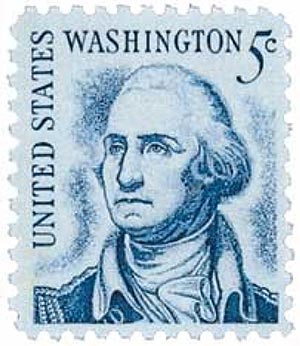 U.S. #1283B is a redesign of #1283 that had excessive shading, which the public called unshaven Washington.

Washington’s address was well received. The Senate and House both agreed to start acting on his suggestions. Several newspapers reprinted the address in its entirety and included positive comments on his ideas – and his clothes. (Washington’s every move, including his choice in clothing, was under constant scrutiny.)

Click here to read the full text of Washington’s address.