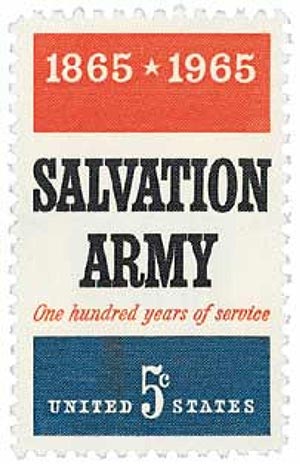 The Salvation Army was established as the East London Christian Mission on July 2, 1865.

The mission was created by Methodist minister William Booth and his wife Catherine.  William had been born into poverty and worked in missions since he was a teenager.  His wife, though from a more prosperous family, also felt for the poor and was a major advocate for female ministry.  In fact, her speaking engagements helped to support their family.

On July 2, 1865, the Booths held their first sermon for the East London Christian Mission in a tattered tent on an unused Quaker graveyard.  They gave nine sermons that day, encouraging sinners to repent and join their cause.  In the early years of their organization, some locals, especially tavern owners, opposed their mission.  They opposed it because more and more people converted and stopped frequenting their establishments.  Booth was attacked on several occasions and some of his workers were even killed. 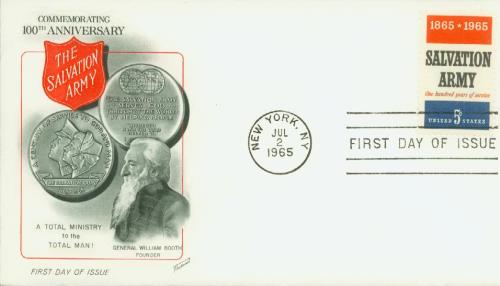 In 1878, the organization got a new name. On May 19, William was instructing his secretary, George Scott Railton, to write a letter.  Booth said, “We are a volunteer army.”  Booth’s son overheard him and shouted, “I’m no volunteer, I’m a regular!”  Booth then had his secretary change volunteer to salvation, and they soon adopted the new name, Salvation Army. 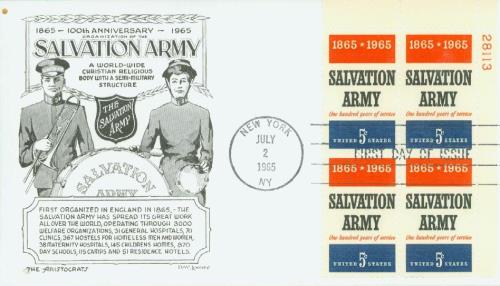 Booth structured the Salvation Army after the military, with its own flag and hymns, which were often set to popular and folk tunes. Wearing Army uniforms, Booth became the general and his ministers were officers, with other members referred to as soldiers.  While William worked to convert London’s poor gamblers and alcoholics to Christianity, his wife met with the wealthier citizens to encourage them to donate money to the cause.  According to William, “The three ‘S’s’ best expressed the way in which the Army administered to the ‘down and outs’: first, soup; second, soap; and finally, salvation.” 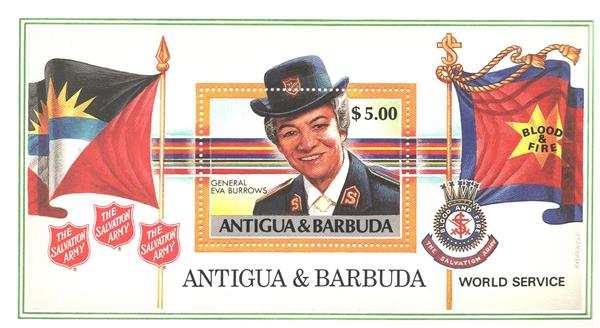 In 1880, the Salvation Army spread beyond London to Australia, Ireland, and the United States.   The army’s mission and works grew over the years, and they often joined in aiding the public following disasters, such as the Galveston Hurricane of 1900 and the 1906 San Francisco earthquake.  The tradition of Christmas bell ringers dates back to 1891 in San Francisco.  That year, a member of the local Salvation Army wanted to provide Christmas dinner for 1,000 people.  He recalled a large pot he’d seen in Liverpool, England, into which people could drop charitable donations.  He then got permission to place his own brass urn on the Oakland ferry landing with a sign reading “Keep the Pot Boiling.”  He soon raised the money he needed and would expand the practice in other major cities in the years that followed. 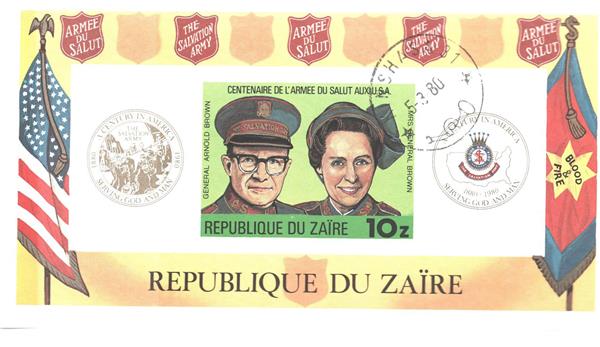 The organization’s goals include “The advancement of the Christian religion as promulgated in the religious doctrines – which are professed, believed and taught by the Army and, pursuant thereto, the advancement of education, the relief of poverty, and other charitable objects beneficial to society or the community of mankind as a whole.”  Today, the Salvation Army works in 128 different countries with 15,409 congregations and over 1.150 million members.