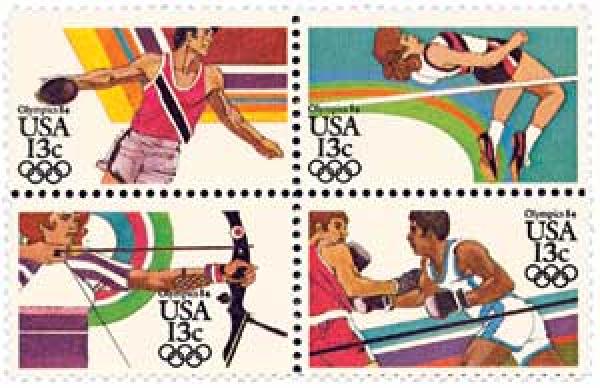 US #2048-51 were issued exactly one year before the games opened.

By the late 1970s, few countries were interested in hosting Summer Olympics following the deaths of Israeli athletes at the 1972 games and the large financial debts of Montreal in 1976.  By 1978, only Los Angeles and Tehran were interested, and Tehran withdrew their bid following policy changes in the country. 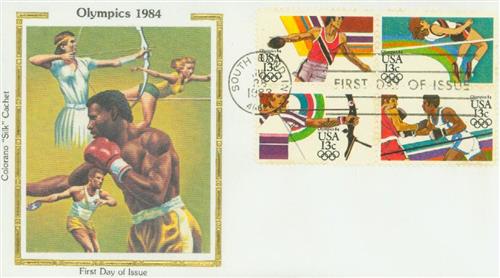 The games of the XXIII Olympiad officially opened on July 28, 1984, at the Los Angeles Memorial Coliseum.   Some 92,516 fans attended the ceremonies, which were formally opened by President Ronald Reagan.  This was the first time a sitting US president opened an Olympic Games in person.  Following the ringing of church bells and cannon fire, the games officially opened with a welcome demonstration.  An 800-member marching band played and then a ballet performance honoring the American Old West followed that.  The next presentation, called the Dixieland Jamboree, honored the South and included a performance of “When the Saints Go Marching In” by Etta James. 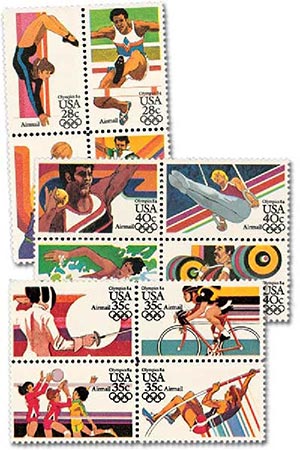 The next performance featured George Gershwin’s “Rhapsody in Blue” with accompaniment by 85 grand pianos.  Then a big band orchestra played a number of popular songs including “Sing, Sing, Sing,” “Steppin’ Out with My Baby,” the theme from Fame, and Michael’s Jackson’s “Beat It.”  The performance ended with “America the Beautiful.”

This was followed by the parade of nations and a performance of John Williams’ “Olympic Fanfare and Theme,” which later earned him a Grammy.  After a series of speeches, the cauldron (the same one used in LA in 1932) was lit by a torch runner.  The torch relay had begun in New York City, traveled through 33 states, across 9,320 miles, and involved 3,636 runners.

In all 6,829 athletes (5,263 men and 1,566 women) from 140 nations participated in 221 events in 21 sports.  A total of 14 Eastern Bloc countries boycotted the games in response to America’s boycott of the 1980 Olympics in Moscow.  Even still, the number of participating nations was a record at the time.  China participated in the Olympics for the first time since 1952. 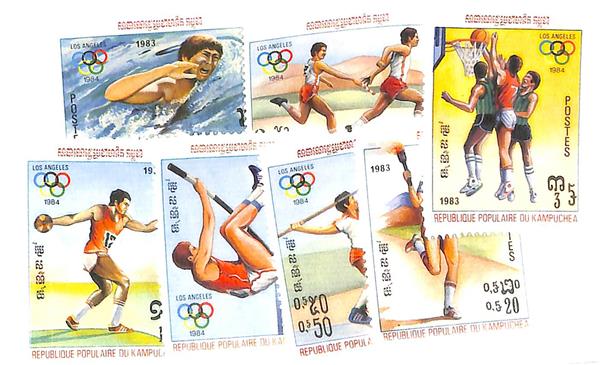 Among the highlights was Carl Lewis, who made his first of four Olympic appearances, matching Jesse Owens 1936 performance, winning four gold medals.  Joaquim Cruz of Brazil set a record in the 800-meter run and Nawal El Moutawakel of Morocco became the first female Olympic champion from a Muslim nation in the 400-meter hurdles.  Portugal’s Carloes Lopes set a record for the marathon that stood for 24 years 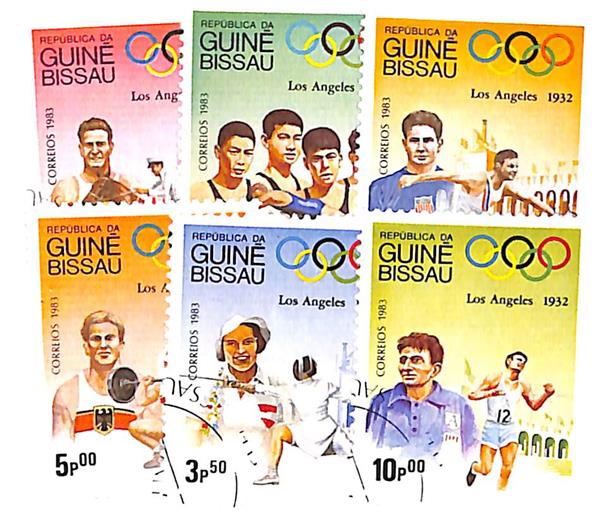 For most Americans, the highlight of the 1984 Olympics came from women’s gymnastics, when Mary Lou Retton received perfect scores in her final two events and won the individual gold medal. 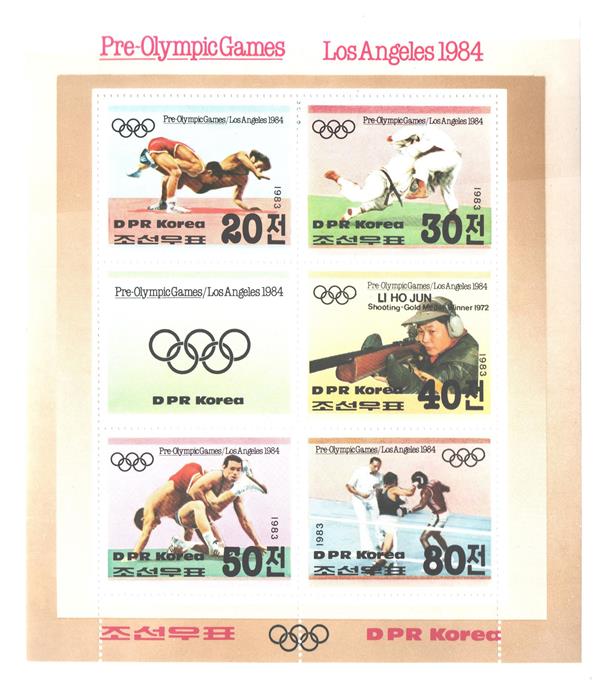 During games, the US set the record for most gold medals won in a single Summer Olympics with 83.  That beat the previous record set by the Soviet Union in 1980.

The 1984 Olympics were the first to have corporate sponsors. This action was taken after the 1976 Montreal Olympics ran into serious financial problems. The 1984 games made a healthy profit of $200 million – the highest up to that time. They were the first games to make a profit since the 1932 Olympics.

The games officially ended on August 12. Over the course of the games, the US had the most gold medals (83) and the most overall medals (174), followed by Romania and West Germany. 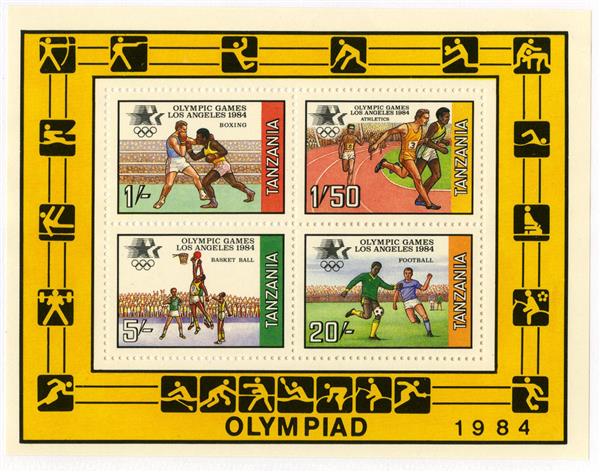 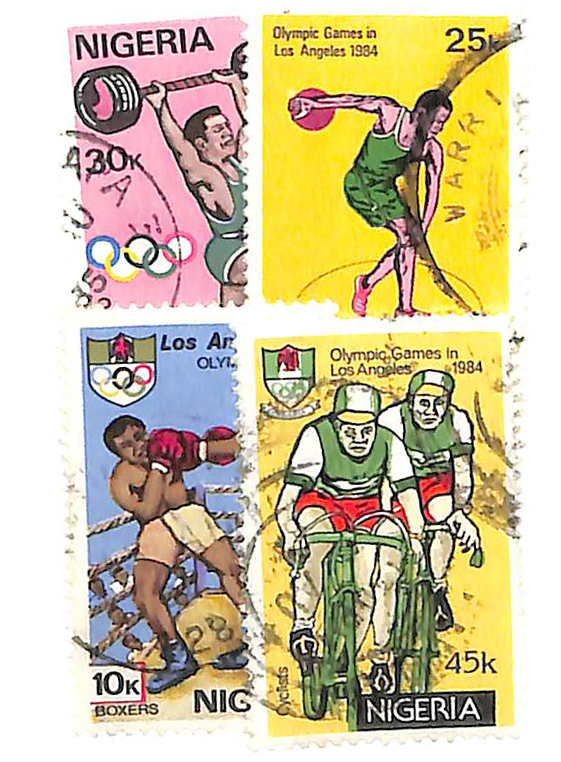 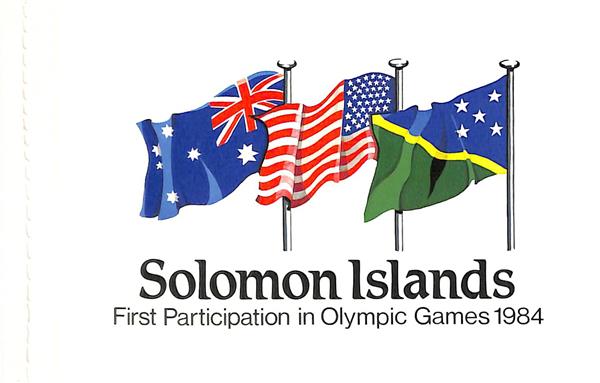 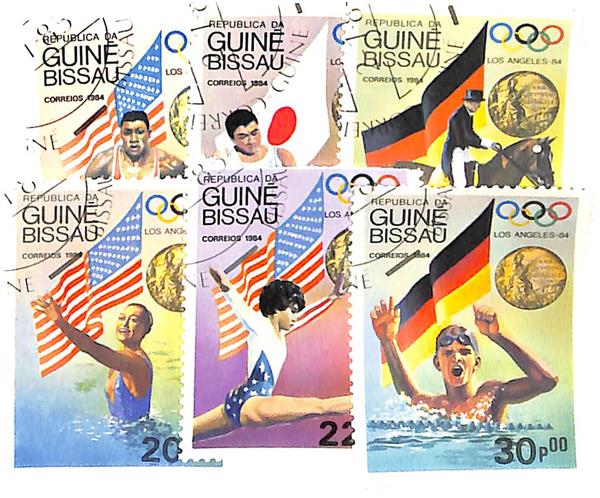 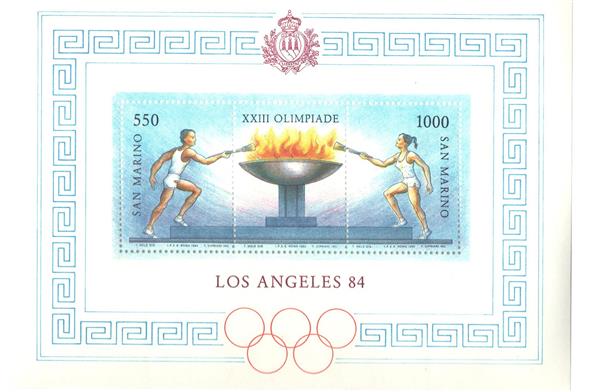 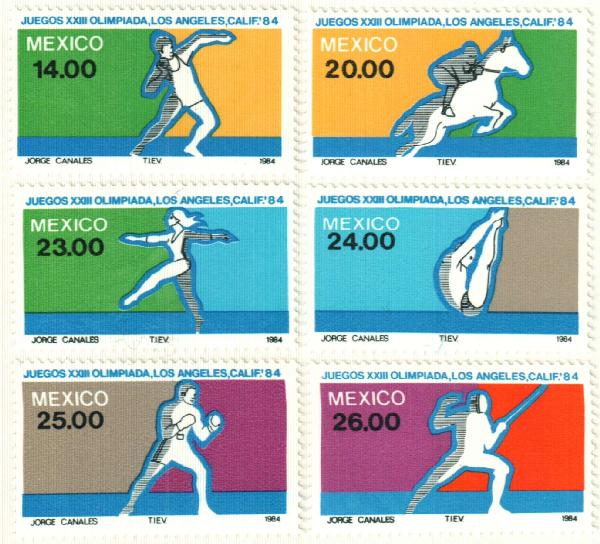 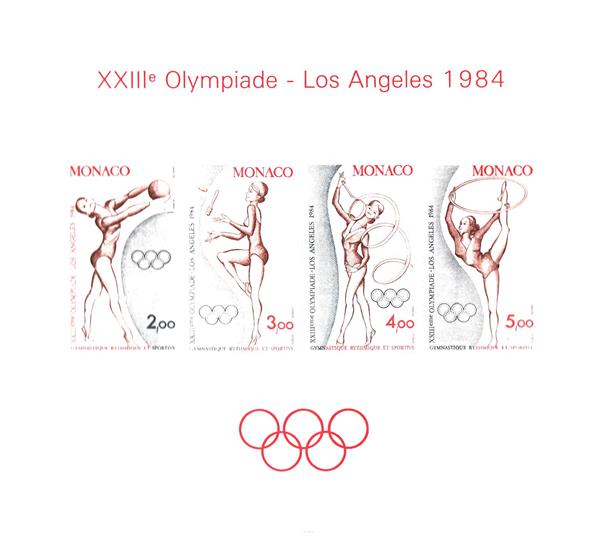 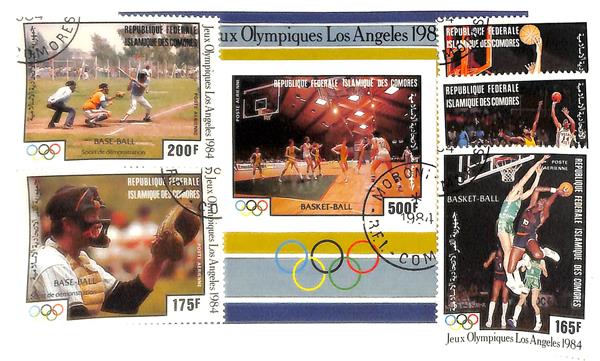