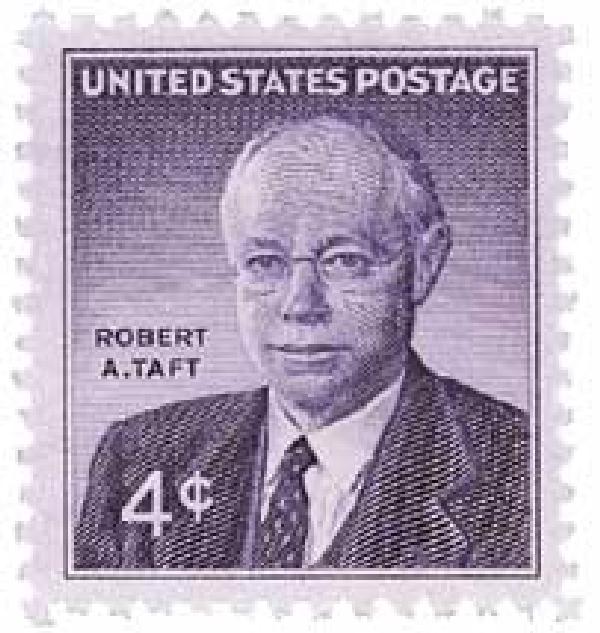 Taft was born on September 8, 1889, to future president William Howard Taft.  Taft spent four years of his youth in the Philippines where his father was serving as governor. He then graduated first in his class from the Taft School at Yale College before graduating from Harvard Law School in 1913.

Taft earned the highest score on the Ohio state bar exam that year and then practiced law for four years.  He then spent two years working for the Food and Drug Administration before opening his own law office in Cincinnati. 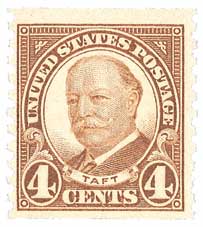 US #687 – Robert was the oldest son of President William Howard Taft.

Taft attempted to enlist in the Army when the US entered World War I, but he was turned away for his poor eyesight.  So he then joined the legal team at the Food and Drug Administration where he met and looked up to Herbert Hoover.  In 1918, he went to Paris to serve as legal adviser to the American Relief Administration.  Returning to America, he campaigned for Hoover for president and opened a law office with his brother.  He was then elected to the Ohio House of Representatives where he served as Speaker of the House.  Taft then served in the Ohio Senate.

Taft was elected to the US Senate in 1938 and was re-elected twice.  In the Senate, Taft led the opposition to Roosevelt’s New Deal.  He believed it was inefficient and wasteful and thought that businesses should recover on their own without the help of the government. While he was largely conservative, he did support public housing programs and providing federal aid to fund public schools. 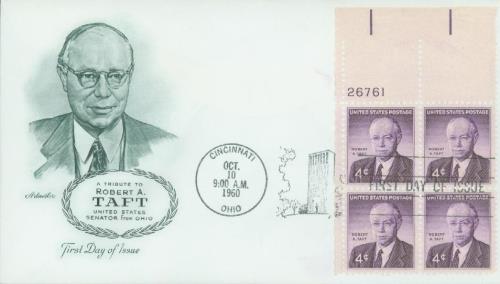 Taft promoted a conservative program with limited government spending, low taxes, pro-business policies, few social welfare programs, and a focus on strengthening the Navy and Air Force. However, Taft also strongly opposed US involvement in World War II and didn’t think America should provide aid to countries fighting against Germany.  He did lend his support after the attack on Pearl Harbor, but he was opposed to the North Atlantic Treaty Organization.  Taft also successfully curbed the power of labor unions with his Taft-Harley Act, which remains in place today.

In the 1940, 1948, and 1952 presidential elections, Taft campaigned for the Republican nomination for President. Taft was nicknamed “Mr. Republican” because of his influence on the policy of the party.  However, he never managed to receive the nomination. 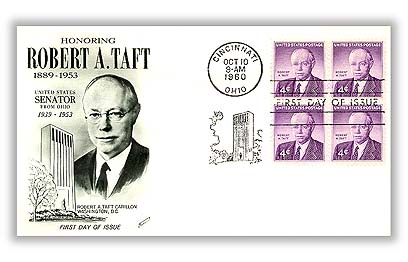 After Dwight Eisenhower was elected president, Taft was selected to serve as Senate Majority Leader in 1953.  He was a firm supporter of the president’s domestic program and the former rivals (Taft faced off against Eisenhower for the Republican nomination) became good friends.

In early 1953, Taft began to suffer from health issues.  By June, he was unable to work and handed his duties over to another senator, though he didn’t resign his seat and expected to return.  Doctors soon discovered he had terminal cancer and he died on July 31, 1953.  Four years after his death, Taft was chosen by a committee led by Senator John F. Kennedy as one of the five greatest US senators.  In 1959, a memorial was erected in his honor in Washington, DC.