On July 4, 1957, the US Post Office issued its first stamp with the US flag as the central design.  It was also the first stamp printed by the Giori press, which allowed the design to be printed in its natural colors in one step.

Previously, the US flag had appeared as a part of the design of several stamps, such as the Eagle and Shield Pictorial, the Francis Scott Key stamp, and 1952 Lafayette issue.  In 1957, the US Post Office announced that it would issue a brand new stamp with the flag as the central design and appearing in its natural colors. 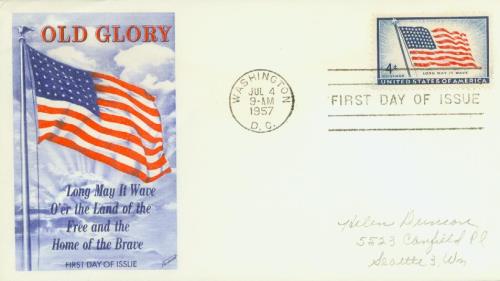 Upon hearing the news, some collectors and citizens were outraged.  Because the stamps would be canceled, they saw it as disrespectful.  They flooded the post office with angry letters citing American legal code that prohibited the reproduction of “the national emblem for disloyal or commercial purposes.”  Conversely, many people were also happy about the stamp, praising its beautiful colors and patriotic design.  The Post Office stated the stamp was meant to be a reminder of America’s heritage and hard-won liberty. 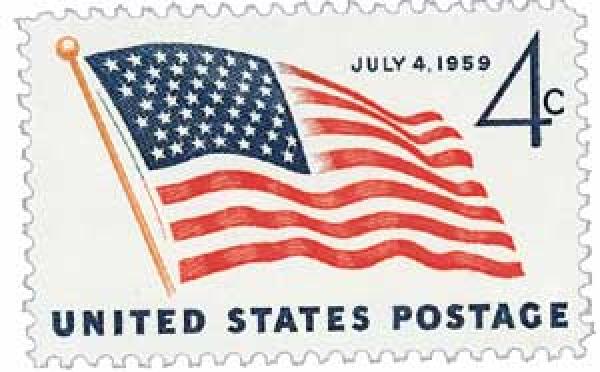 In spite of the controversy, the stamp was issued as planned on July 4, 1957, in Washington, DC.  The stamp was first to reproduce the flag in its natural colors in one operation.  This was thanks to the new Giori Press the Post Office acquired in 1955.  Designed by Gualtiero Giori, it was dubbed the “Giori Press,”  and the new machine could produce stamps in two or three different colors, all in one pass. Different rollers each applied a different color.  It would be used to print many multicolored stamps throughout the 1960s and 70s. 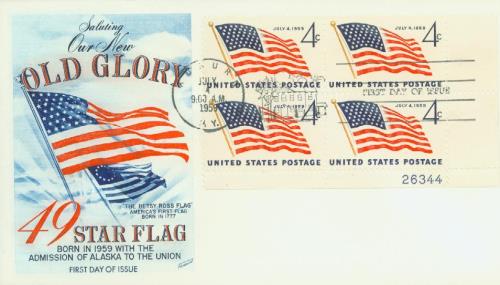 Exactly two years after this stamp was issued, the Post Office issued another flag stamp, #1132.  The new stamp featured a flag with 49 stars, to mark the day the 49-star flag went into use. That was a rule dating back to 1818 that declared stars representing new states added to the Union would be added to the flag on the first July 4 after the state joined the Union.  This stamp was issued in Auburn, New York, home of William H. Seward, who had arranged the purchase of Alaska (the 49th state whose star was added in 1959). 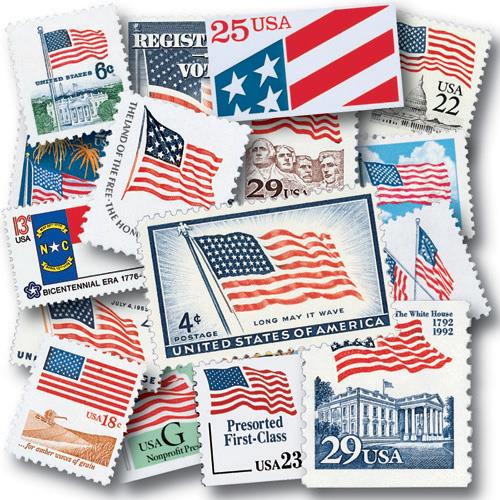 US #1094//B2 – Collection of 141 US flag stamps includes this first flag stamp, the historic flags set, the first plastic stamp, the first se-tenant sheet of 50, and the 2000 Stars and Stripes issue.

Yet another year later, the US flag was again the central focus of a new stamp issued on Independence Day.  This stamp, #1153, pictured the new 50-star flag and was issued in Honolulu, Hawaii, America’s 50th state.  This stamp would be the first of many to picture the 50-star US flag.  In fact, despite the objections of some in 1957, the US flag has become one of the most popular US stamp subjects, with new stamps being issued nearly every year. 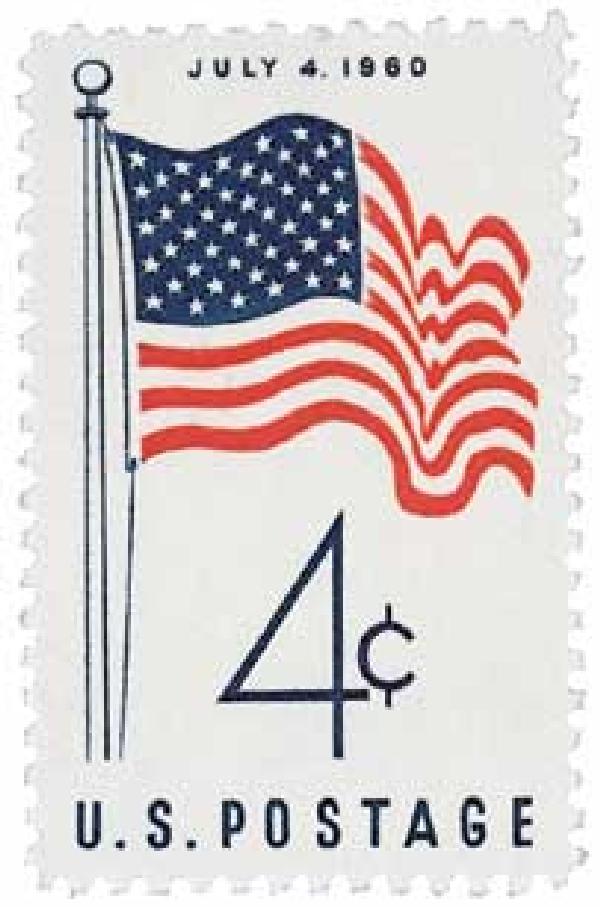