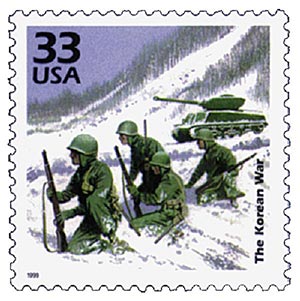 US #3187e from the Celebrate the Century sheet.

On July 5, 1950, US forces had their first fight of the Korean War at the Battle of Osan.

On June 25, 1950, 75,000 North Korean soldiers poured across the 38th Parallel to begin their takeover of the South Korean peninsula.  Soviet tanks and heavy artillery supported them.  The South’s Republic of Korea (ROK) troops had no tanks or weapons to combat tank attacks.  Within days, they were pushed south and Seoul, the capital, fell to the northern forces.  ROK soldiers retreated or defected to the Northern army. 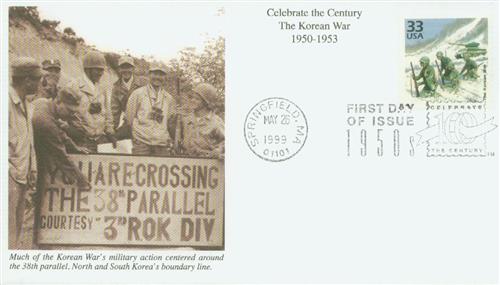 Fearing the invasion would advance the spread of communism worldwide, the United Nations Security Council condemned North Korea’s actions and called for a ceasefire.  On the 27th, the council decided to send UN forces to help the ROK defend itself.  In a speech supporting US involvement, President Truman said, “I felt certain that if South Korea was allowed to fall, Communist leaders would be emboldened to override nations closer to our shores.” 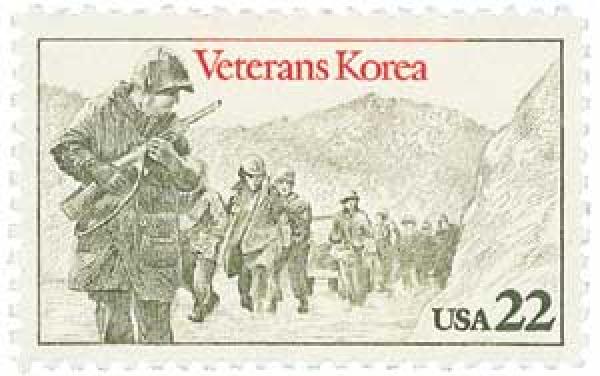 The US committed the majority of forces in the UN command and led the operation.  America’s military had been greatly reduced after World War II because of budget cuts and an emphasis on funding research on nuclear bombs.  The military had to be strengthened and reorganized quickly to effectively fight a war. 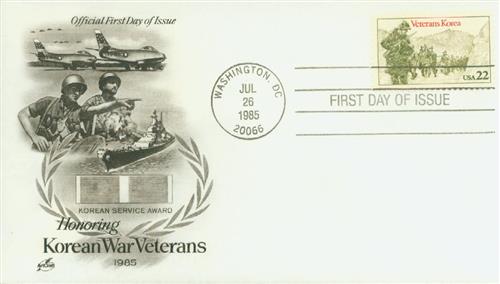 US forces stationed in Japan were the first to go to Korea.  The 21st Infantry Regiment of the 24th Infantry Division was considered the most combat-ready.  On June 30, a force of 400 poorly equipped and inexperienced American soldiers were transported from Japan to South Korea.  Named Task Force Smith, their mission was to establish a line of defense as far north as possible and slow the North Korean army so the other American divisions could be brought in to establish a stronger defensive line in the South.  On July 4, Lt. Col. Charles Smith established a one-mile-long line along the road to the north of Osan, near Seoul. 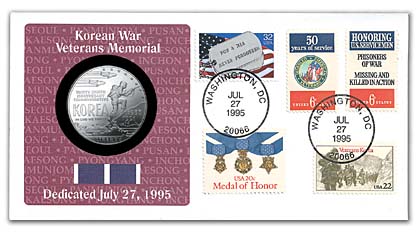 The next morning, a column of North Korean tanks approached.  The US soldiers were dangerously ill-equipped, lacking anti-tank guns.  Instead, they had 2.35-inch rocket launchers and 57-mm recoilless rifles.  US artillery fire caused little damage, and most of the tanks continued on.  At 11:00 a.m. more tanks were spotted, and a column of trucks carrying about 5,000 soldiers followed these. 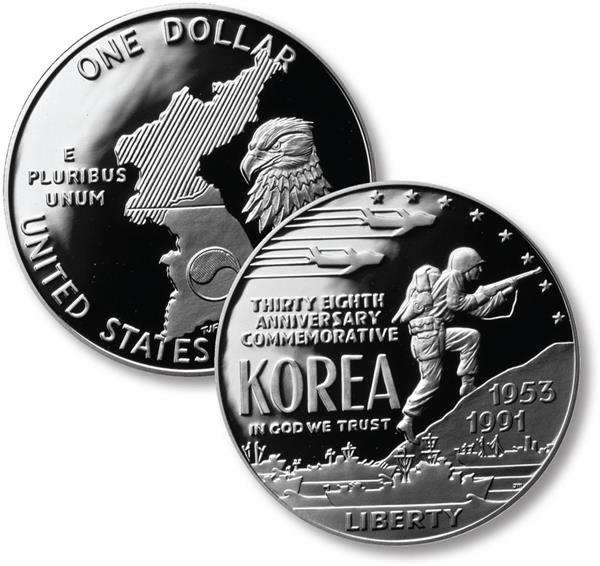 Smith ordered his forces to fire with everything they had.  Several trucks were destroyed, but the Northern infantry quickly formed and advanced on the Americans.  The task force held their lines for three hours but was forced to retreat because their ammunition was running low and they had lost communications.  Though it was clearly a victory for the North, Task Force Smith had achieved its goal of slowing down the much larger enemy force for seven hours.  This delaying action enabled other troops to set up at Pyeongtaek, 15 miles south.  US troops fought several more delaying battles over the next few months while they built up the Pusan Perimeter, where they earned a resounding victory against the North Koreans.