Opening of the Baseball Hall of Fame 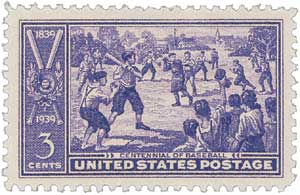 U.S. #855 was issued in Cooperstown on the museum’s opening day.

Plans for a Baseball Hall of Fame date back to 1935. At that time, residents of Cooperstown, New York, sought to improve the small town’s economy in the wake of the Depression. 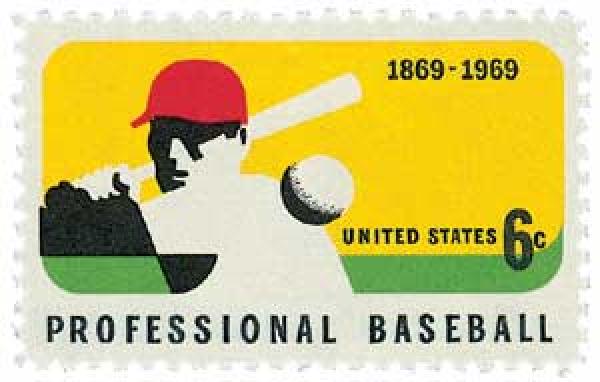 U.S. #1381 was issued for the 100th anniversary of professional baseball.

For years, Cooperstown had been considered the place where baseball began. While other forms of the game had been played before, Abner Doubleday claimed to have formalized the rules of baseball in Cooperstown in 1839. (Though a later investigation would bring his claim into serious doubt.) 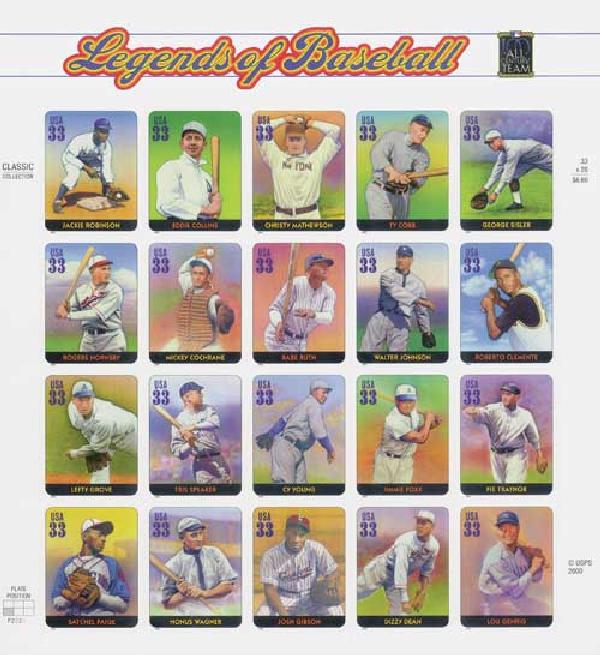 In spite of this, the people of Cooperstown lobbied to create a baseball hall of fame in their town. As plans for the museum were in the works, the Hall of Fame selected its first five honorees in 1936 – Ty Cobb, Babe Ruth, Honus Wagner, Christy Mathewson, and Walter Johnson. In the next three years, 21 other players, managers, and executives would be elected for the hall of fame. The hall of fame’s opening was delayed until 1939 to coincide with the 100th anniversary of Doubleday’s claim.

So on June 12, 1939, the small town of Cooperstown was flooded with 15,000 spectators for the museum’s grand opening. They were joined by 32 major league baseball players would play an exhibition game after the ceremony. Among those present were 11 honorees and nine eventual Hall of Famers that were still playing the game. Four of the first five honorees were there – Ty Cobb, Babe Ruth, Honus Wagner, and Walter Johnson. For many people present, this was their first time seeing some of these players. 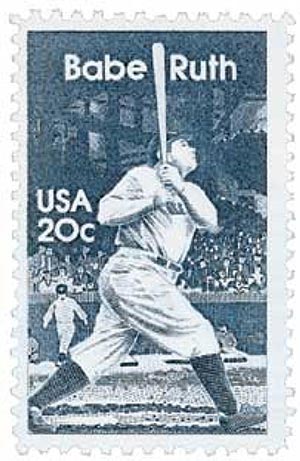 The museum’s opening was a national event. All major league ballparks closed for the day and the festivities were broadcast nationally over the radio.   The induction ceremony and speeches were very short. After that 32 players (two from each of the 16 major league teams) marched down Main Street to Doubleday Field for a special exhibition game. Honus Wagner and Eddie Collins chose teams and soon Mel Ott was catching with Charlie Cehringer while Dizzy Dean and Lefty Grove tossed the ball back and forth. Then Babe Ruth brought on huge cheers from the crown when he pinch-hit, though it was a foul pop out. Wagner’s team won 4 to 2.

In the years since, the Baseball Hall of Fame, often referred to as simply Cooperstown, has become the home of baseball. Over the years, more than 300 people have been inducted, with honorees joining every year.

Click here for a video about the opening ceremony and here for more about the museum.