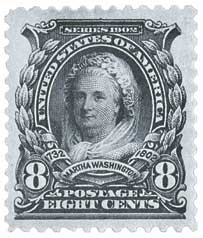 The oldest daughter of planter John Dandridge and his wife Frances Jones, Martha had a privileged childhood.  She enjoyed riding horses, gardening, sewing, playing the spinet piano, and dancing.  She also received an education in basic mathematics, reading, and writing – an uncommon practice for girls of the time.  She may have been educated by family servant Thomas Leonard in plantation management, crop sales, alternative medicine, and breeding and raising livestock.

When Martha was 18, she met and married Daniel Parke Custis, a wealthy plantation owner who was about 20 years older than her.  The couple lived at Custis’ White House Plantation on the Pamunkey River.  Custis showered Martha with the finest clothes and lavish gifts imported from England.  Martha gave birth to four children, two (Daniel and Frances) who died in childhood, and two (John and Martha) who died before the age of 30.  In 1757, Custis died, leaving Martha the wealthiest widow in the region, and in full charge of the 17,000-acre plantation. 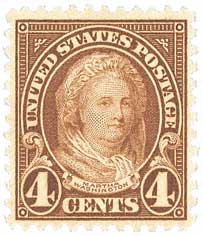 After her first husband’s death, Martha met Colonel George Washington.  The two were married on January 6, 1759.  After the marriage, Washington left the colonial arm of the British military and settled with Martha at his expanded Mount Vernon estate.  They spared no expense in caring for their home and Martha’s two children.

In 1775, Washington was appointed commander in chief of the Continental Army, leaving Martha and the children at home.  That winter, the family traveled two weeks to Cambridge, Massachusetts, to spend Christmas with him, and Martha stayed until June of the following year.  Throughout the American Revolutionary War, Martha often traveled great distances to visit her husband in the field, raising morale by entertaining officers and their wives.  She encouraged other women to assist in any way possible. 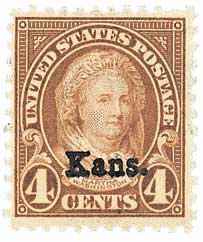 Martha organized sick wards and women’s sewing circles, convincing society ladies to use whatever they had – including fine napkins and tablecloths – to repair clothing and make bandages for the troops.  Leaving the comforts of home to assist the troops during the cold winters, Martha was soon well known throughout the colonies for her graciousness.  It was during this time, in 1781, that Martha’s son John (Jack) Parke Custis died from camp fever.  Following Jack’s death, Martha and George raised Jack’s children, Eleanor Parke Custis and George Washington Parke Custis, who later became the father-in-law of Confederate Army general Robert E. Lee.

In 1789, George Washington was unanimously elected the first president of the United States.  It wasn’t until years later that the wife of the president received an official title, so Martha was referred to as “Lady Washington,” instead of First Lady.  Initially, Martha was unhappy with her husband’s position – she longed for a private life, away from the attention of a nation.  Despite this, she stood by her husband, fulfilling and exceeding the duties set before her. 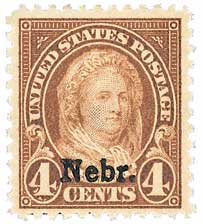 Martha Washington was most known for being a gracious and hospitable hostess, bringing the tact and discretion of 58 years of high-class Virginia society to her position.  Mimicking the customs of European royal courts, Martha presented her nation as a legitimate democracy to world leaders.  She entertained guests at least twice a week, taking little satisfaction in “formal compliments and empty ceremonies [and] fond of only what comes from the heart.”  Future First Lady Abigail Adams described Martha as “one of those unassuming characters which create Love and Esteem.” 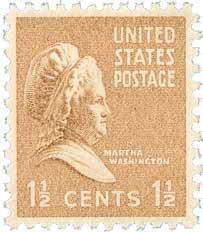 US #805 was issued as part of the popular “Prexies” series.

Lady Washington also showed a great interest in helping those in need.  She was popular among Revolutionary War veterans, for whom she provided financial support and assisted in obtaining pardons.  She also provided financial assistance and other support to Americans and Europeans alike.  Many viewed her as an American heroine, sending her lavish gifts as thank you.  Although she rarely spoke publicly about politics, she attended political debates, promoted education for girls, and supported women’s independence.

In Martha’s eight years as First Lady, she exemplified the ideal for future presidential wives to follow.  She endured the sacrifices of her position (lack of privacy, independence, and free speech), presided over hospitable gatherings, and cared for the needy.  Thrust into a new and unfamiliar position, Martha faced these hurdles and set the standard for the position that would later be known as that of the First Lady. 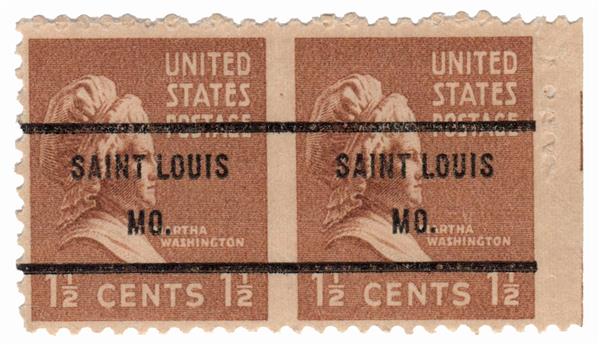 US #805b – Horizontal imperf between error pair.

In March 1797, the Washingtons returned to Mount Vernon for the peaceful, private life Martha longed for.  On December 14, 1799, George Washington died.  Martha’s grief was slightly lessened by the birth of her great-granddaughter, Francis Parke Lewis.  In her last months, Martha burned the letters she and George had once written each other, preserving their privacy.  She died on May 22, 1802.