U.S. #CZ2 – One of the first stamps issued for use in the Canal Zone.

With military assistance from the United States, Panama declared its independence from Columbia on November 3, 1903. The Hay-Bunau-Varilla Treaty was negotiated, then ratified in Panama on December 2, 1903. The United States followed suit on February 23, 1904, clearing the way for a long-anticipated canal project across the Panama isthmus. 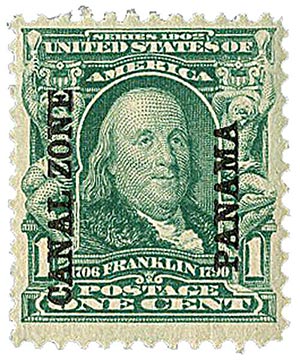 Almost immediately, administrators began preparations for the tremendous influx of people who would eventually assemble to work on the project. Faced with the knowledge that most of the work force would be imported to the region from America and Caribbean countries, authorities quickly established a postal service to serve their needs as well as those of the Canal Commission.

On June 24, 1904, postal service was established as part of the U.S. Department of Revenue under the supervision of the treasurer of the Canal Zone, Paymaster E.C. Tobey. On this day, post offices were opened in Ancon, Cristóbal, Gatun, Culebra, and Balboa. Railroad station agents operated as postmasters. 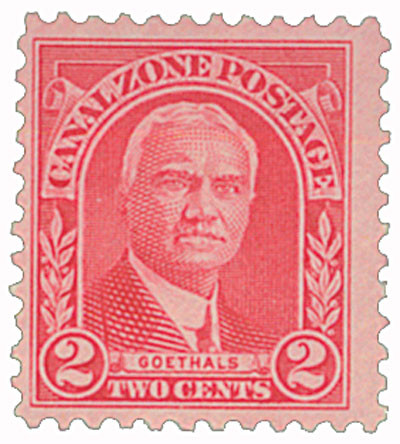 A small supply of 2¢, 5¢, and 10¢ Panama stamps were overprinted “Canal Zone.” Only ordinary mail was handled by the Canal Zone postal system. Mail destined for Central and South America and the West Indies was turned over to the Panama postal service to be forwarded, while mail sent to the United States and its territories and possessions were sent to the U.S. aboard vessels departing for New York.

Overprinted Panama stamps were in use for less than a month. On July 18, 1904, they were replaced by U.S. postage stamps overprinted “Canal Zone.” 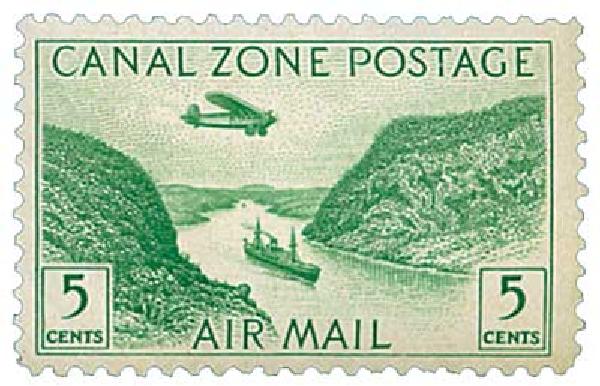 U.S. #CZC7 – One of the first Canal Zone Airmail stamps produced without an overprint. 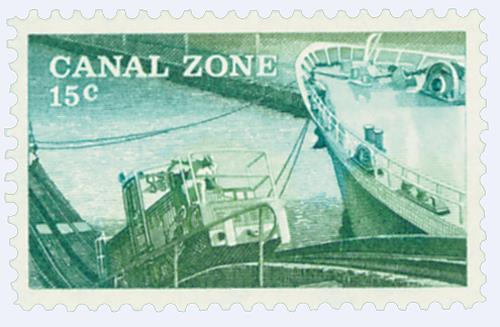